This is simply an alternate set of game stats for the classic Thor, from Marvel Comics. We usually prefer to average our estimates to come up with shared numbers, but in some cases offering different sets of stats reads better.

Thor posses physical attributes in excess of those of other Agardians. He is virtually immortal, though he can be killed in battle. He is resistant to all earthly disease. His bones, muscle and tissue are 3 to 4 times denser than similar human tissue. This contributed to his great weight and strength, and maked him very resistant to conventional injury.

He also has incredible endurance.

(Taken from http://www.angelfire.com/ny2/bilskirnir/framed.html, which has long since vanished)

Thor is at least 2,000 years old. He is the son of the Skyfather of the Asgardians, Odin, and an Elder Goddess, Gaea, though she is known to Odin and Thor as Jord. Because he is a union of Asgard and Earth, he has powers far beyond the natural abilities of other Asgardians.

When Thor was eight, he was sent by his father to Nidavellir, the land of the dwarves, so that he could have a special weapon forged. This weapon was Mjolnir, which would one day become Thor’s, but only after he had performed a number of good deeds.

It was during the next 10 years that Thor would strive to become worthy of the hammer, often foiling the plots of his foster-brother, Loki. Thor considers this one of the happiest periods of his life.

When Thor was 18, Thor finally earned the right to wield Mjolnir, when the young goddess Sif was captured by Storm Giants. Thor grabbed Mjolni and rushed to the Storm Giants’ fortress. There he learned that the Storm Giant King had given Sif to Hela, in return for immortality.

Thor rushed to rescue Sif, and volunteered to give up his own life for Sif’s. Hela was so impressed by his selflessness, that she chose to release Thor and Sif.

Thor quickly rose in rank in Odin’s army, and came to lead thousands of warriors. His prowess in battle led him to become overconfident and arrogant.

During the age of Vikings, Thor was placed in mortal form by Odin, where he Thor was known as Siegmund, and later Siegfreid. The legends of these heroes from Norse mythology were in fact based on Thor’s exploits. Thor actively sought the worship of the Vikings, until he learned of the atrocities some of his more fanatical followers committed in his name. 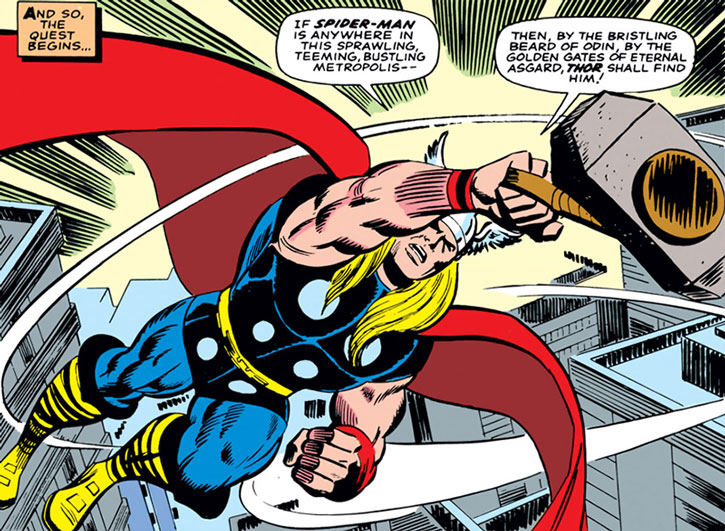 It was then that Thor allowed the worship of his race to die out.

In recent times, Odin learned that if Thor was not kept safe from harm for several years he would die. This would cause Ragnarok, the end of the world, to have a worse outcome than had been foretold, and no new race of gods would rise from the ashes.

Odin chose to place Thor in the mortal form of Dr. Donald Blake, so that he would be safe, and he would also learn some measure of humility. This stratagem was successful, but has caused Thor to become very attached to Earth, because of the love he developed for Jane Foster during this time. Odin disapproved of this, and erased Foster’s memories.

Next Thor took on the identity of Sigurd Jarlson, but this identity was short lived.

Thor was later merged with the mortal Eric Masterson, to save Masterson’s life. When Thor was banished for killing Loki, Masterson took over the heroic identity of Thor.

After a short time in banishment, and living merely as Thor, with no mortal identity, Thor was merged with the dead mortal Jake Olson, by Marnot, the third raven of Odin, given human form.

Thor is an honorable, slightly arrogant, formal pseudo-Norse warrior. He talks in a delightful pseudo-Shakespearian way.

He could be from New Genesis or Apokolips but that’s far fetched. He could be the God that Highfather exchanged with Darkseid, he was raised for combat and has a bad temper, but he remained good after all.

Drawbacks:
Strange Arch Enemy(Loki), Alter Ego(Controllable), SIA(Honor), MIA(Protecting Midgard), Minor Rage, Miscellaneous Drawback(If Thor losses Mjlonir for more than 4 APs of time(60sec) he reverts back to Jake Olsen), Miscellaneous Drawback(Thor’s RV drops of 3CS against percing attacks, but he may use his Martial Arts as normally). 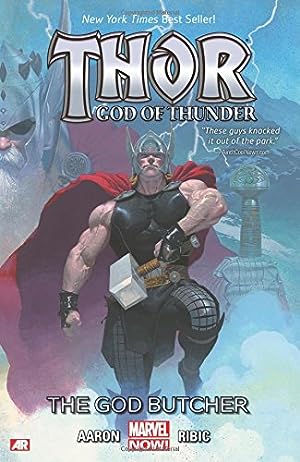 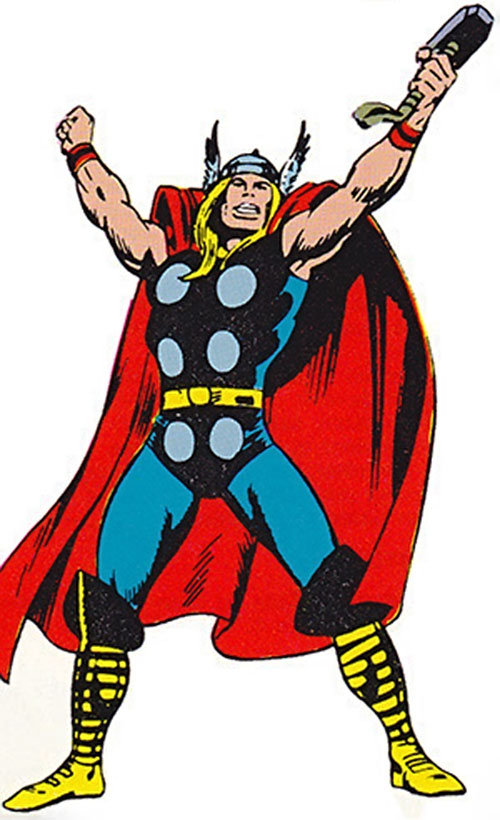 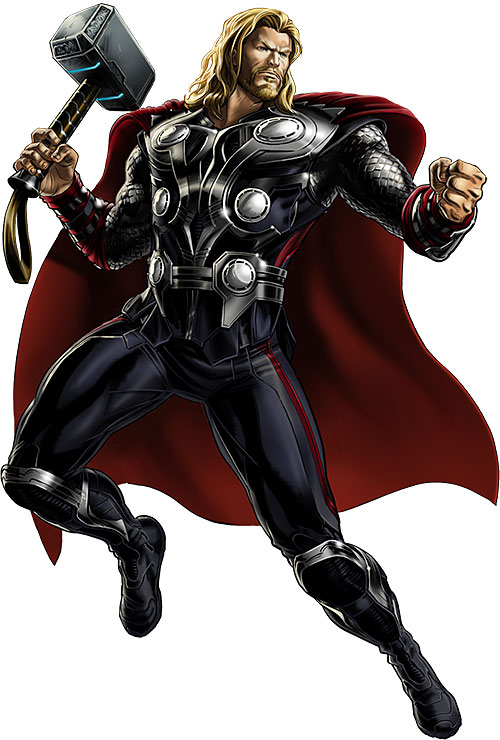