Threshold is a Gen-Active 2nd Generation. He is the child of a former member of the Team 7, the ones that were first exposed to the Gen-Factor.

He inherited the tremendous mental powers of his father. These are the most commonly found among the living members of the team 7 (Lynch, Alex Fairchild, Dane).

I.O. abducted Matthew and Nicole from their parents, living them dead behind. Howbeit, Stephen was not dead, having been saved by Deathblow. Ivana told them the tale that their parents were traitors and abandoned their two children.

Matthew showed very powerful capabilities very soon. The fact that he fell in love with Ivana was helpful. This way, she could feed him every crap she liked and make all the experiments she wanted. When she finally completed her synthetic Gen-Factor, she tested it on Matthew.

That’s how his powers awakened. The outburst was so violent that his right eye exploded. Though I.O. could offer him a cybernetic replacement, better than the real one, he refused. Calahan preferred to stay 100% natural and keep the missing eye as a reminder of his potential.

When Project: Genesis was at its peak, when the Gen 13 started to manifest, Threshold fooled them in trusting him to escape I.O.’s compound. It was just a scheme to put them under stress, hoping it would make them manifest sooner. It did. Then, he convinced them, except for Caitlin, to go back to I.O. to take the project down. That’s when he revealed himself and captured them.

The day was saved by Grunge’s manifestation, and by Fairchild who came infiltrating the complex on her own. Lynch, who happened to pass around to keep an eye on Ivana’s doing, allied with the Gen 13 and fled with them. Project: Genesis going wild, Ivana escaped with the cryogenic pods containing the DV8 who just had manifested.

Matthew was given command of the DV8. He liked to believe that Ivana trusted him enough to share all her secrets with him. He was never further from the truth. Matthew was just another pawn in her game to reach I.O.’s directorship. Nevertheless, he was much more aware of the ins and outs of the team than the other members.

At some point, he went nuts, surely because of the various drugs Ivana experimented on him. He nearly killed her, nearly killed his team and finally deserted.

Threshold is a good looking young man. He has short blond hair and blue eyes. Well, only one eye, the other being covered by a red patch the form of a lightning bolt.

He is a ruthless leader, showing contempt for his ’inferiors’. He strongly believes that any other person, ranking below him, is expendable. For him, the most important thing is to keep the greater scheme behind any action secret. If it puts his team-mates in danger, so be it.

He is strongly in love with Ivana, and stays oblivious of her every wrong doing. He also constantly deludes himself over his importance in the eyes of Ivana. 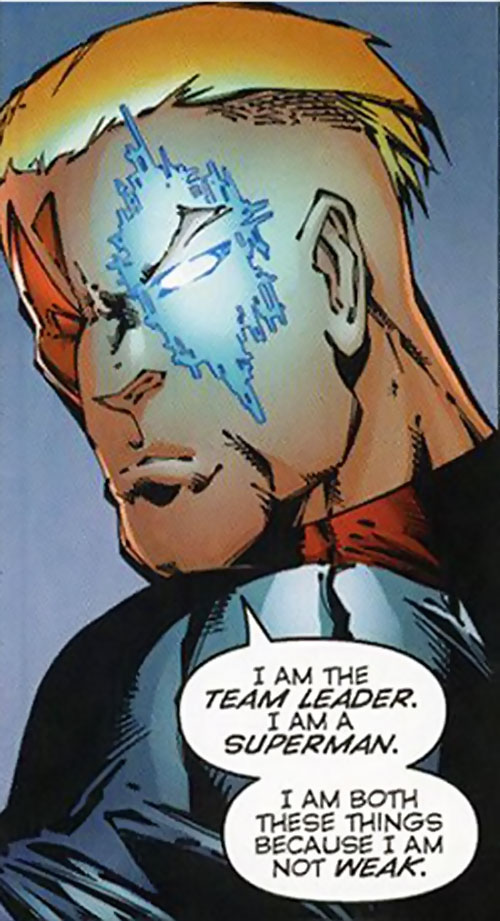 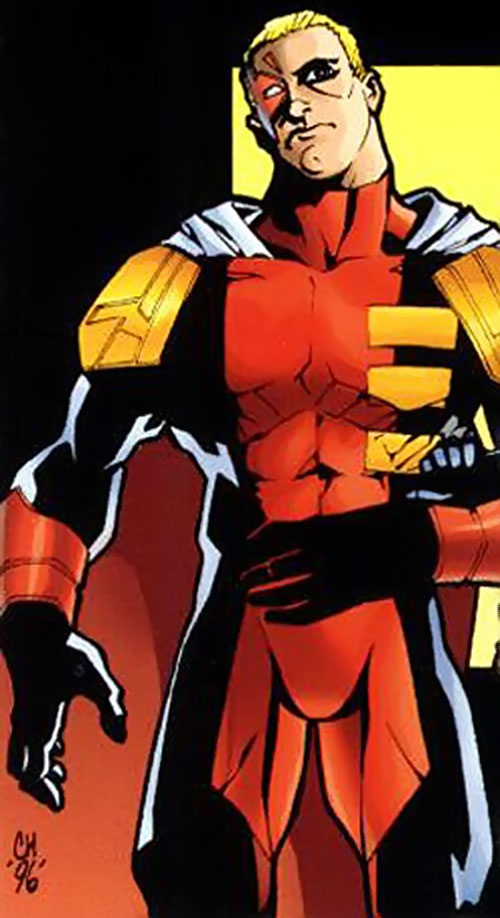