Thrill Devil is apparently a highly proficient motorbike driver and a highway interception specialist. Whether he has other talents is unrevealed. 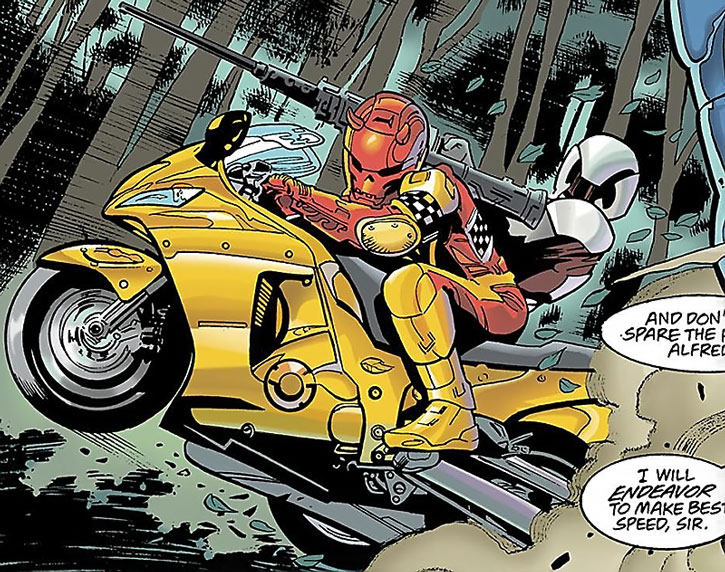 Whilst working for Blockbuster, Thrill Devil’s bike received a sidecar with a large machinegun. Along came a gunner from one of Blockbuster’s paramilitary squads. The gun was curiously underpowered though. It looked vaguely like a .50, but a .50 will kill a minivan like the one Thrill Devil was chasing within seconds.

Since Thrill Devil survived being forced off a cliff at high speed, it is possible that he packs a parachute in the back of his vest.

Thrill Devil is a mercenary. He was seen working for Blockbuster in Blüdhaven in 2000. When Nightwing, Robin and Alfred Pennyworth fled from Blockbuster’s estate toward Gotham, Thrill Devil was sent after them with a gunner.

He intercepted them. Howbeit Nightwing forced him off the road at top speed by jumping from the minivan Alfred was driving onto Thrill Devil’s bike.

He was seen some months later. Blockbuster cleared house by pitting mercenaries he was disappointed with against Shrike (Boone), his newer hire. It is unclear whether Thrill Devil was expected to fight or was just there to be intimidated. But once the fight opened he was nowhere to be seen, and he wasn’t seen again.

Bonuses and Limitations:
Enhanced Initiative only when driving a motorbike (-1).

Writeup completed on the 7th of September, 2012. 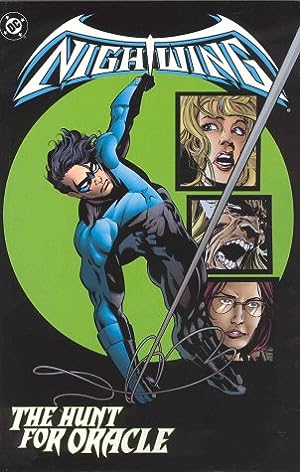 Nightwing: The Hunt for Oracle