Thug is virtually indestructible, and impervious to pain. But his heavy scarring shows that his power don’t stop the surface of his body getting damaged.

He’s an okay fighter. But he mainly seems to let himself get beaten up to distract opponents so his teammates can beat on them.

See Lobe’s entry for most of what’s known of his history.

Thug doesn’t tend to say much, pretty much doing as he’s told.

He has no compunction getting into fights, certain his opponents can’t hurt him. 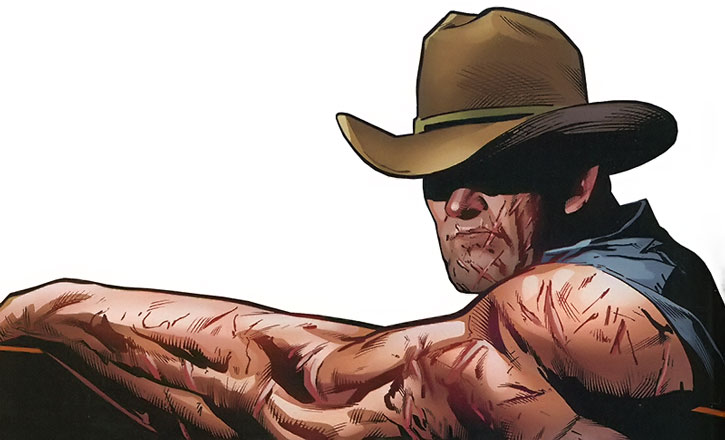 Having catalogued the genome and fighting style of almost all known mutants, the Sublime Corporation’s supercomputer can download strategies to fight them into cybernetic implants in Thug’s mind.

This allows him to predict and avoid their attacks, and strike past their defences. Which gives him Power Reserve (OV): 04 and Weakness Detection: 08 when fighting a scanned mutant (as long as the computer isn’t interfered with).