This entry is intended as a companion entry to the Starfire profile. It assumes that you have read the Starfire entry where all the context is.

Thump is inhumanly large, strong and tough. Even with his bare hands he can bend and tear away bars of solid metal. Said bars had proved impervious to even a strong person with a big melee weapon. Thump can use some trees as melee weapons.

Like many comic book giants his speed belies his bulk. But Thump goes beyond this cliché. He is a gifted warrior, a remarkably agile and quick person, and a smart and tenacious fighter. He’s also impossibly stealthy for his size. It is likely that he had formal training in the martial arts of the Lightning Lords before he was rendered amnesiac.

Thump is one of the very rare humans with a working knowledge of pre-invasion human technology. That includes computer programming and administration. However, this is shrouded by his amnesia.

The man Starfire nicknamed “Thump” used to be a notable among the Lightning Lords.

Who are the Lightning Lords ?

The Lords were apparently a human culture that wasn’t aligned with either of the two great warring nations. They were said to be very organised and to have high standards of excellence. Though the Lords were multi-ethnic, they had vaguely Japanese aesthetics to their clothing and other gear.

The Lightning Lords set up the largest computer on the planet. They called this machine “Keeper” and used it as an adviser, and to facilitate the administration of their lands. However, they became exceedingly dependent on Keeper to manage their knowledge.

Then the two great warring nations summoned reinforcements from void dimensions – the Mygorgs and the Yorgs. Keeper’s advice was to wait for more information to become available. As it turned out this wasn’t the proper strategy. Free from interference from the Lightning Lords the two alien races took over the planet.

The Lords and Keeper decided to maintain a false front of neutrality toward the two alien powers. The Lords’s royalty went into hiding. Furthermore, one clan member was chosen to act as a frontwoman and fake Queen of the Lightning Lords.

The djinn and the programmer

This woman, a sorceress named Lady Djinn, wanted the power for herself. She ended up using her magic to ambush Keeper’s prime programmer. She paralysed this man, and mutated him into a giant amnesiac – but did not kill him. The programmer was also made mute, then cast into exile. Nobody knew whom this colossus was. 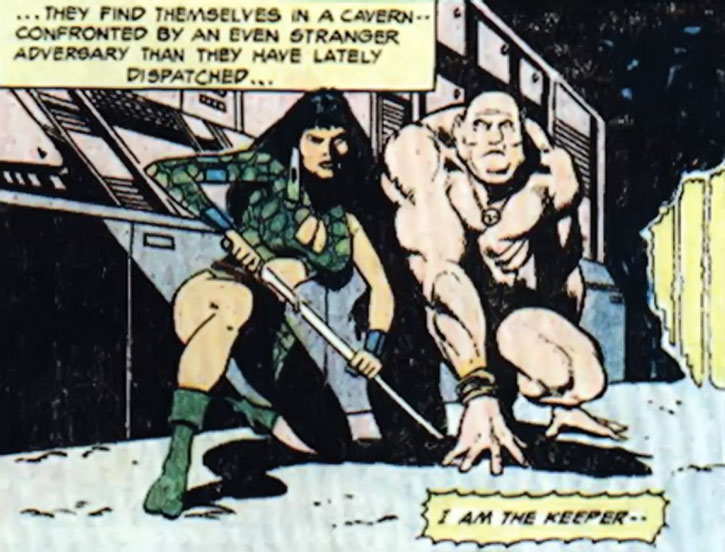 Without an administrator, Keeper degenerated for centuries. Hardware failures and bugs built up and reduced its abilities. Djinn had what she wanted, but her magic could only do crude repairs to Keeper.

Bereft of Keeper’s guidance and knowledge, the Lords degenerated into superstitious savages, just like most of humanity.

They developed a confused prophecy about how a giant man would return to save them. Perhaps Keeper managed to leak some information about what happened to the prime programmer, and it was misinterpreted.

Siren of swords and science

The wandering, mute, deformed Thump roamed for centuries. He ended up a gladiatorial slave for the entertainment of the Mygorgs. He was a prized fighter the aliens could pit even against monsters. This became the only thing he knew.

Starfire and her rebels then attacked the small outdoors arena he was fighting in. They killed the Mygorg public in a surprise assault. This confused and frightened Thump, who ran to his cage for safety. Therein, he accidentally locked himself up.

The rebels couldn’t dent the cage to free him. However, when Thump saw one of the rebels preparing to ambush Starfire to rape her, he bent the bars with his bare hands. The giant got out in time to kill the ambusher. Starfire welcomed him to freedom, named him “Thump” and became his best friend.

Starfire and her merry men were on a quest to find the Lightning Lords. They had been assured that these were free humans with fearsome weapons. They had one map which they couldn’t read, but Thump knew Mygorg script. Thus, he deciphered the map, and pointed them in the right direction.

The trip was arduous, and they ran into automated Lightning Lords defences. Yet the rebels did reach the enormous tower holding Keeper and ruled by Lady Djinn. There, Thump confusedly started remembering information. Such as Lady Djinn wanting to hurt him, or how to perform simple computer operations.

Thump used this latter skill to free himself and Starfire from a “cell” they had been thrown in (actually a normal room with a readily accessible terminal). This feat made the Lords realise that he was their prophesied saviour.

Djinn ambushed Thump and paralysed him to get rid of this problem. She would have killed him or mutated him further without Starfire’s intervention.

The tower has fallen

The tower ended up being a battleground for Mygorgs and Yorgs hunting down Starfire and her men. During the fracas, Keeper told Thump and Starfire about the Lightning Lords and the prime programmer. But at this point the pair was boxed in the control room.

Thump foggily recalled more advanced computer programming skills. He fixed the software driving the teleportation apparatus. Keeper thus teleported out Thump, Starfire and her lieutenant Moonwatcher at the last second, along with laser guns from its hidden armoury. 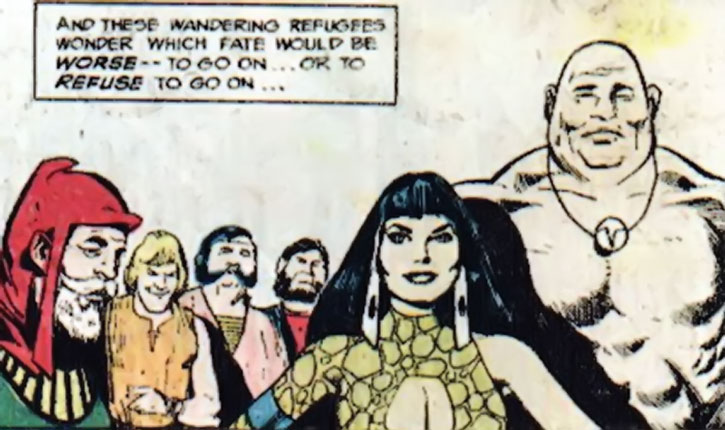 Keeper also took his vengeance on Lady Djinn. It then blew up the tower to kill the Mygorgs and Yorgs warring inside.

Keeper, Lady Djinn and most Lightning Lords didn’t apparently survive the incident. On the other hand, a dozen surviving Lords chose Thump as their new leader.

Starfire having lost most of her fighters in a previous battle, the Lightning Lords following Thump became the majority of her troops. Yet the rebels still had too few fighters at that point to seek battle. Thus, their warriors were more of a security element.

It’s not entirely clear since he’s been magically mutated and the art changes too often. But Thump seems to have a mixed Eurasian heritage.

Thump is mute and has no other means of communication – no sign language, few people who know how to read, no paper or tools to write with most of the time, etc.. He probably did not realise that Starfire could read.

Originally, Thump was very confused and easily scared of what he did not know. This is because he had no frame of reference. He very quickly learned, though, in part as he managed to hazily recollect some things.

But even as a complete amnesiac, he was a redoubtable fighter coming up with clever tactics and executing on those competently.

Drawbacks:
Distinct Appearance, SPR (Thump only has a vestigial tongue and can only make indistinct noises),Misc.: Thump is basically an amnesiac, perhaps even after Keeper tells him the truth.

Equipment:
Frost Dragon Antler [BODY 09, EV 03 (08 w/STR)]. Thump used this – a very hard antler he ripped off a monster to vanquish it in the arena – as his preferred weapon since it could withstand his strength. He eventually lost it and started making do with random heavy objects and OSP weapons. 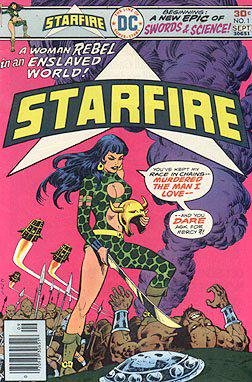 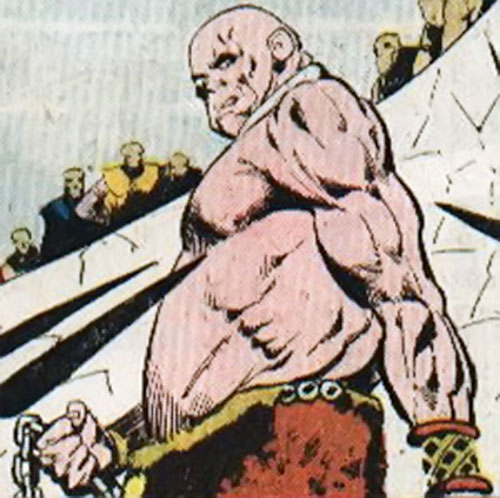