The Thunderbolt can moves at 85+mph and his reaction speed is about four times less as an average human.

He’s also a trained soldier and excellent hand-to-hand combat. he can thus use his increased speed to great effect, such as disarming several opponents before they can react.

His visor, used as a last resort weapon, could also produce a “thunderbolt lightning flare”.

Bill Carver served in the USMC, then returned to his native Harlem. There, he briefly ran into trouble with violent street gang called the Thunderbolts, who to wanted to recruit him. But he soon found a position as assistant DA under Franklin “Foggy” Nelson.

Nelson asked him to conduct an undercover sting operation against the Thunderbolts. It was a success, and put several of their leaders behind bars.

However, William’s brother Lonnie was then murdered. During an attempt to apprehend the killer, Carver was struck by lightning. His life had to be saved at the nearest hospital using experimental Stark Enterprise equipment. The end result gave him superspeed powers, but also made him age several years per week. William thus had but a few months to avenge his brother.

Using the Thunderbolt costumed identity, Carver teamed up with Luke Cage and Danny Rand. He thus solved the mystery of his brother’s death. The attorney “Big” Ben Donovan had killed Lonnie to avenge his own brother, a Thunderbolts leader who had died in prison.

Thunderbolt succumbed to accelerated ageing shortly after Donovan was stopped.

Carver was a driven man. Once he had a goal in mind, he was focused on achieving it no matter what.

This drive enabled him to make Special Forces while in the military, and to become an Assistant D.A. in his civilian career. Alas this stubbornness inevitably proved to be his undoing. He was so determined to avenge his brother’s death that he continued using his superspeed powers even though they were killing him.

Thunderbolt’s short lifespan and single-minded goal make him a self-contained scenario which can be played in most super-hero universes.

Bonuses and Limitations:
Both powers are Elementally linked. 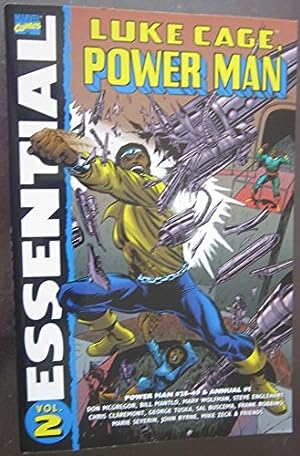