With the utterance of a trigger phrase, Zou Kang unlocks his full human potential. He thus becomes a Bodhisattva , and enlightened being, who can access the powers of the Buddhist siddhis . Effects he’s exhibited include:

It’s likely he can perform other actions, and looking at a list of the siddhis it’s possible he could also have:

These are only theoretical, though.

A history teacher at a Beijing middle school, Zou Kang was chaperoning students on a visit to the National Museum . In the halls, he became fascinated by an ancient scroll that had defied translation since being unearthed.

A flash of insight unlocked its meaning. Zou spoke the transformational mantra “all hail the jewel in the lotus”, causing his first transformation into Thundermind, as his senses and mind expanded.

His first act as Thundermind was the rescue of a ferry boat in danger of capsizing. On board was fellow teacher Wu Zhang, with whom Kang was in love. Unfortunately she became infatuated with Thundermind, even though she’d rarely meet him after that.

Becoming China’s most beloved metahuman, often called China’s Superman, he tried teaching that anyone could become him with the proper training. He later accepted an offer of a place on the Great Ten.

Supernaturally calm and serene, Thundermind is a paragon of rational thought. He approaches situations with a detached analytical perspective, trying to find the most enlightened and peaceful way to resolve situations. This can make him seem slightly aloof. But it’s a warm rather than cold aloofness, making others feel slightly overwhelmed rather than intrusive.

The only thing which can threaten this calm is if Miss Wu is in danger, but even then he doesn’t overreact to the situation.

He’ll always think through the implications of a problem. He’ll always consider the cause, more so than most of his team mates, often coming up with useful insights. He has no hesitation in questioning the Party’s actions and motives if they are involved in the situation, which makes the more hard-line members of the Ten lump him in with the former rebels in the group.

He hasn’t been seen socializing much with any of the Ten in particular, but despite his serenity, he has a definite presence in meetings.

Thundermind seems to want to teach others to become enlightened, seeing himself as a role model of what anyone could become.

As Zou Kang, he’s fairly unassuming and polite, and gives no hint of the serene calmness of his other identity.

“All hail the jewel in the lotus.”

“I stand with the Accomplished Perfect Physician in my desire to uncover the subtle chains of cause and effect which shape our actions. This conflict has been engineered by forces seeking to destabilize the global balance of power. We must ask ourselves, how much did Beijing know about this attempt to assassinate Black Adam ?”

“The karma of China’s government has borne bitter fruit.”

Bonuses and Limitations:
Split has the No AP Loss Bonus.

Superspeed hasn’t been exhibited, but it has been stated as one of the effects he’s achieved of the siddhis.

Most of the AP levels are extremely speculative (even more so than with the rest of the Ten), as there’s little to accurately compare it to. 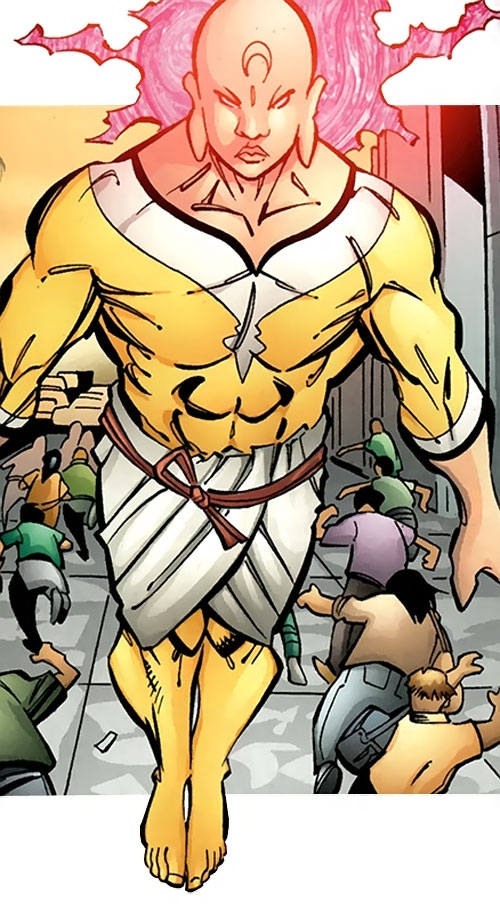 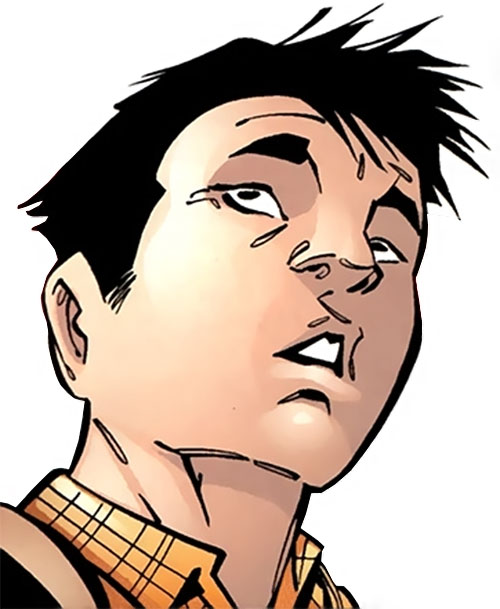 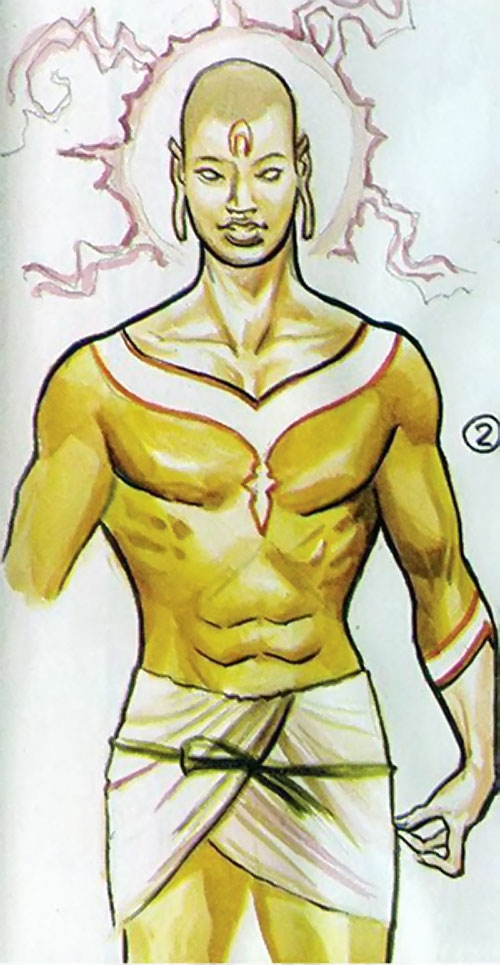 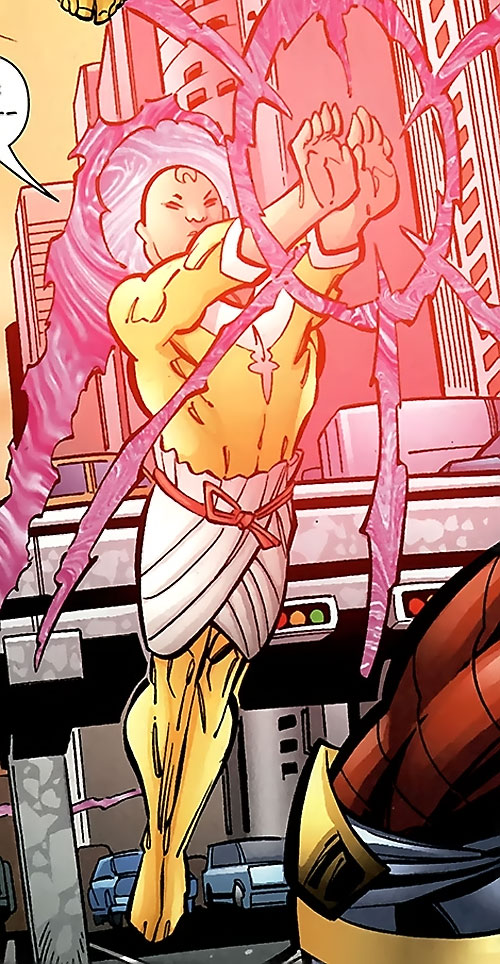