During the early 1960s, Marvel Comics was pioneering their own take on the Silver Age  with the Fantastic Four, Spider-Man, etc..

But it was also a transitional period where they still published 1950s-style suspense short stories. These often came in the back of the books, after a Marvel Universe feature.

Such tales aren’t considered to have taken place within the Marvel Universe. *Unless* a later writer explicitly references them.

So they’re kinda like a junkyard of old things you can rummage through and maybe bring home as salvage.

Tibo appears in one such story (Strange Tales Vol. 1 #112). It was a Stan Lee/Steve Ditko short story.

Tibo seems to be about 8 metres tall. He’s a four-armed humanoid. Normally, he’s entirely immobile, and easily mistaken for a strange statue.

It seems possible that he moved via levitation, while remaining in a seated position. In any case, Tibo had little trouble catching up with a speeding Jeep.

Karl King was a ruthless, wealthy dealer in gems. He was obsessed with owning all the notable gems on Earth. King did not hesitate to resort to crime and blackmail.

In 1963, he learned of a giant ruby adorning a statue in Tibet. Determined to have it, he rushed to Tibet, and drove to the Temple of Tibo.

To his amazement, there wasn’t any security protecting the enormous gemstone. It was simply held by a giant statue of Tibo.

King stole the gem at gunpoint, without encountering any resistance from the monks. However, as he quickly drove away, his path through a mountain pass was blocked by the fall of a huge boulder.

When he looked behind him, King realised why there was no security. Tibo the “statue” was now closing in to recover the ruby…

Making up a link between Tibo and the Marvel Universe is of course the point. A few ideas off the top of me head :

These stats are entirely arbitrary, of course.

We can’t even tell how Tibo moved the boulder, or caught up with the Jeep. Nothing is demonstrated.

So you should adjust everything based on the story you made up to connect Tibo with the Marvel Universe. 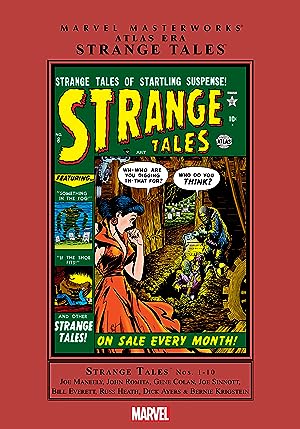