The warrior Tiger appears in the Endworld 1980s post-apocalyptic novels.

For context, we suggest that you first read the The Family organisation profile.

Tiger has an unnatural sense of balance. He also is particularly strong and tough. He’s exceptionally bright and cunning in comparison to the rest of the Sharks.

He’s a superb acrobat, martial artist, weapon master and thief. He instills fear in his minions and is a capable tactician.

His great fascination in life, as well as inspiration, is old literature (particularly English) about geniuses and supermen that stand above others.

He enjoys art and good food and is an expert within those fields. Actually he’s one of the very few connoisseurs left in the post-Apocalyptic world.

He’s pretty powerful both physically and mentally, but the extreme overconfidence and arrogance he bears is his big weakness.

Tiger was the leader of gang calling itself the Sharks in Post-Apocalyptic East Seattle. Apparently born of human people Tiger himself was extraordinarily gifted with a great physical prowess and a great intellect.

After having been inspired by the story The Tyger by William Blake, he’d changed his original name from Blake to Tiger. He’d been named in honor of Blake, but preferred to carry the name of one of his characters instead. Later he found books by Edgar Allan Poe, who he loved even more than Blake, although the name stayed.

His near superhuman abilities led him to become the leader of the Sharks.

He managed to organize the team so that they could fend off the mutant Brethren that ruled in West Seattle. The leader of the Brethren, Manta, and Tiger waged war against each other for many years. But no decisive victory was met.

It has been speculated that Tiger, who was very power-hungry, didn’t even want to defeat the Brethren. This is because his rulership would then be more uncertain. It wasn’t clear whether or not the Sharks needed a leader if they controlled the entire city by themselves.

The cruel Tiger thought that all humans were his inferiors. He often killed underlings who failed him.

A call for help

On his end, Manta was keeping humans as slaves. But one of these managed to escape and send out a distress call via an ancient radio apparatus. A member of the post-apocalyptic group calling itself the Family, Hickok, heard the call. He promised to come free the escapee, who would soon be recaptured.

Blade, the leader of the Family’s protectors, the Warriors, had at that time set out to select a reserve leader for the Warriors. He thus picked three potential leader candidates; Hickok, Yama and Rikki, to join him on the mission to Seattle.

Upon arrival Blade and Rikki were captured by the Sharks. Both Hickok and Yama nearly died, but escaped on their own. While a prisoner Blade managed to befriend two of the top-rank Sharks named Gar and Fabiana.

Hickok went on to confront Manta and the Brethren. He actually managed to free the humans and defeat the mutants by himself. Yama went on a berserker rage to find and free his friends.

Meanwhile, Blade was challenged by the leader of the Sharks, Tiger, to a duel to the death since Blade didn’t agree with Tiger’s fascist views.

Tiger had planned to kill Blade in an arena of his own design; the combatants had to balance on a tree trunk below which was hundreds of finely cut spikes. Each combatant was to start from one side of the trunk and walk to the other side. The one that fell down onto the spikes apparently lost and died.

Tiger, sure of victory, planned to then kill Rikki in this tournament, for being Blade’s friend. Tiger’s overconfidence led to his own defeat and death since Blade received excess planning time (while Tiger was gloating) to think up a dangerous tactic that then managed to press Tiger down from the trunk. Tiger fell down with a surprised expression on his face, and died.

The Sharks were enraged that their leader had been killed and wanted to destroy Blade. But the intervention of Hickok, Gar and Fabiana slowed down the threat. It ended completely when Yama charged in and killed around 50 Sharks, intimidating the rest of them.

Gar was selected new leader and the Warriors, who had liberated Seattle and the Sharks, were now considered allies. The Warriors left Seattle in the control of the Sharks (Seattle Run).

Tiger looks rather different with a slender long body, a cat-like face and yellow-red hair with black stripes in it. He’s usually clad in fine clothes such as black boots, orange trousers, a black shirt and a leather belt. There is not mistake that he’s the leader of the Sharks.

Tiger moves very nimbly and with great balance. That is, not only his appearance is somewhat cat-like, but his movement also.

Tiger is arrogant, evil, cruel and overconfident. He treats inferiors as slaves and will kill the ones that fail him without a doubt. Equals, such as the Warriors, are met with kindness and elegance as long as they understand his ways. If they too taunt him or don’t ’understand‘ him they are sentenced to death.

Tiger has built his entire persona around mythical histories about superhumans. He believes only himself worthy of control of Seattle and perhaps the world. He has a home filled with treasures of art, craves fine food etc, since he’s the sole master of his folks.

Of course, since strangers are a threat to his rule, he generally dislikes them. He’s completely unable to see his own errors or the superiority of others (since he, and only he, is the master of creation).

“Aaand…didn’t you have 50 men with you ? (Intimidating underling with a nasty grin)” 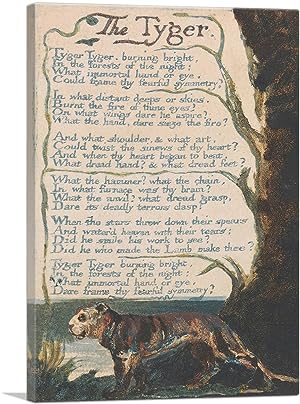