Tiger-Girl’s powers are never clearly defined, and their origin will likely remain forever unknown. They seem to include superhuman strength, heightened agility and an exceptional rapport with felines, including savage beasts such as tigers.

She is an exceptional aerialist and acrobat. She’s also an experienced old-school circus hand, often assisting with performances involving beasts – especially the lions. Her charm and beauty are striking.

Tiger Girl’s animal empathy makes her a very good tamer. Yet, if faced by a savage beast she cannot do anything a gifted circus tamer couldn’t do. Her ability is not a super-power, just’s just very good with animals.

Generally speaking, her power level is rather modest. It’s a good thing she has that huge tiger faithfully backing her up.

Together, they fight crime !

Tiger Girl’s key ally in her war against crime is a fully grown Bengal tiger called Kitten, with whom she has a paranormal rapport. The beast can understand even complex verbal orders from her. One example was dashing to grab a small child before she’s run over by a car, then carrying the kid to safety.

Kitten is an unusually large and strong tiger, even for his breed. He could beat up several tigers of more average mass and musculature.

Two of her circus colleagues know that Lilly is Tiger Girl, and will occasionally help her in her costumed exploits. They are only known in the comic by their stage name and there’s too little material for game stats.

Titan is the strongman of the circus, with near-superhuman strength (05 in DCH, 4 in DCA). He can bend the steel bars of cages designed to hold lions and other large predators. Titan has a huge crush on Lilly, but stays silent about it since he’s persuaded that a musclebound guy like him would be of little interest to her.

Laughing Boy is a dwarf clown. And, ah, he carries a rubber bladder that can be filled with lead pellets (kept into the handle, and released with a button) to turn it into a blackjack.

Taylor is an hired hand for an American circus. She has multiple specialities – including trapeze artist, high-wire performer, pretty-girl-in-a-bathing-suit, and big cats tamer. 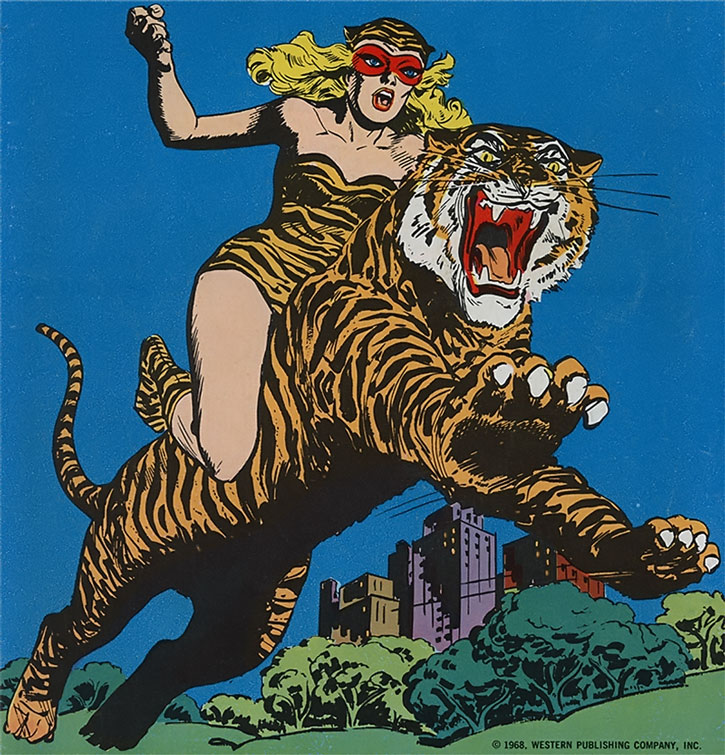 She is also secretly… the daring and popular crimefighter Tiger Girl ! She seems to occupy about the same position as Batman or Daredevil did during the late 1960s. Thus, she’s a welcome ally to the police, popular hero type and scenery-chewing celebrity with a remarkably flimsy secret ID.

Her romantic interest is Ed Savage, a top agent of W.A.A.V., and she has clashed with the nefarious masterminds of I.N.F.A.M.Y.. No, really.

In costume she’s the usual swashbuckling acrobatic super-hero of the 1960s. Thus she laughs in the face of danger – but comes across as corny and zany due to forced pseudo-hip dialogue and formulaic melodrama.

Her hook is that she has a strong pro-women’s lib outlook. But as often in period material this is weakened by her also being boys-crazy and developing silent crushes over semi-random handsome guys.

Tiger Girl is an hot-blooded adventuress, looking forward to danger, hunting and fighting challenging opponents. However she’s also a woman, and thus repeatedly ends up being in over her head. That was the law for female characters back then.

This never lasts long though. She always manage to escape, usually thanks to Kitten or a contrived happenstance.

“You can release those quivering cream-puffs now, Kitten ! The police will take good care of them !”

“It’s conceited apes like you who keep women from achieving equal rights !”

“You say ‘gesundheit’ when someone sneezes ! The noise of a sneeze is ‘ah-choo’… sounds like ‘statue’ ! And so ‘gesundheit, cat ’ translates to ‘cat statue’ ! The famous cat statue in the Oriental Gardens public park !”

“Only my tiger-like speed saved me from that huge cat-head ! A kinky finish like that would’ve been a down-beat item for an otherwise sparkling obituary !”

“This grateful kiss is for saving me from Wolfsbane !”

In the DCU, “Tiger Girl” might have been a phase of the Huntress aka the Tigress, during a phase when she wanted attention and acclaim.

Or maybe circus performer Zeena the Amazon Girl (in Superman v1 #256), once hypnotised by her colleague Amak to believe she was a tiger, inexplicably retained superhuman abilities after Clark Kent broke her trance by showing her her human reflection.

Of course, Zeena had reddish-brown hair. But she did have a tiger costume and was called the “Tigerwoman”, so that has to count for something.

Numbers of the beasts

Tiger Girl’s adventures are an example of a fairly common Genre Rule which makes ferocious beasts very dangerous to engage in melee.

This Genre Rule stipulates that persons receive a -1CS to their AV and OV when fighting in melee against a large-dog-sized (or larger) animal with fangs and/or claws ; barehanded attacks against such beasts also have a penalty of 1CS to their EV.

Furthermore all such beasts have a “free” bonus of 5 HPs to spend in any melee combat against a person, even if they normally haven’t got any HPs.

Ranged attacks (especially with guns !) are not affected in the least when those Genre Rules are in effect.

Tiger Girl’s gloves include a small themed searchlight, and she carries a grappling hook with a cable. 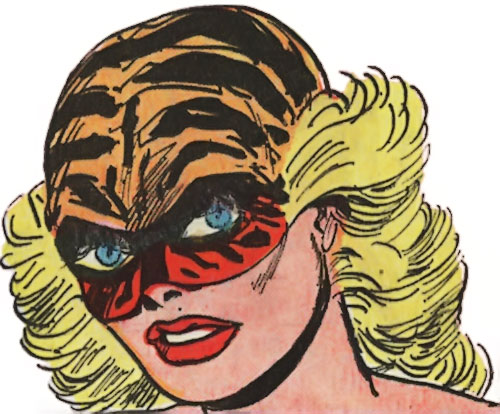 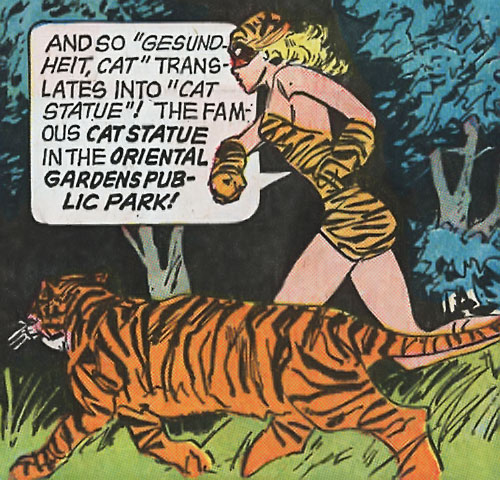 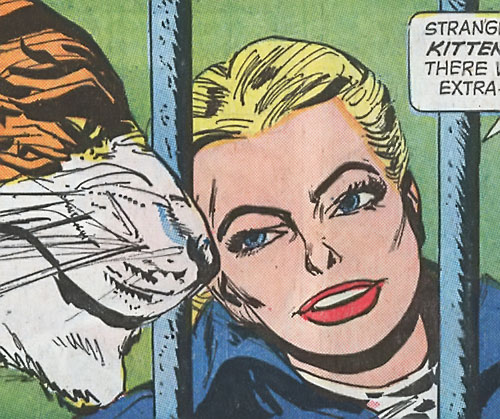 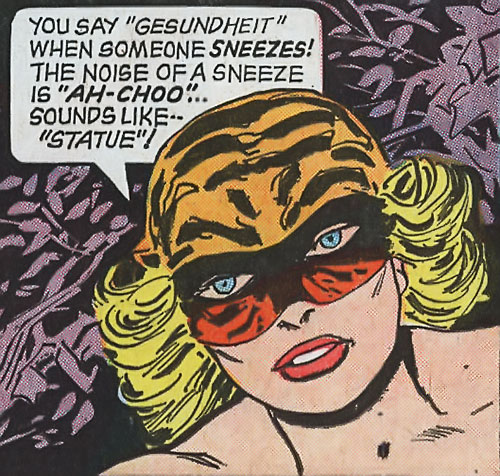