He wears kick pads that produce a short burst of energy upon impact, making his kicks even more devastating.

Koji Kanemoto was an ill-tempered karate student who decided to try his hand at theft.

When Toshiaki Kawada unmasked the second Tiger Mask (Mitsuharu Misawa), Kanemoto saw an opportunity. He took the identity of Tiger Mask and used the popularity of the identity to deflect suspicion while he ran a robbery and extortion operation.

He was defeated at the hands of Jushin Thunder Liger and El Samurai, unmasked, and arrested.

When he was released on parole, he found that there was already a Tiger Mask IV. Under his own name, he formed a gang with “The Bitchmaster” Shinjiro Ohtani, Tatsuhito Takaiwa, and Yoshihiro Tajiri. The three ruled the Ginza Strip for several months before Liger and Samurai again brought them down.

The only member of the gang to escape was their “assistant”, a young gang member named Yoshihiro Tajiri. Tajiri left Japan and fled to the United States, where he began a solo career far more successful than his former gang mates, modeling himself after The Great Muta.

Kanemoto is currently in prison, along with Ohtani and Takaiwa.

Kanemoto is a greedy, self-centered punk. He is nasty and vindictive, never above either taunting or gloating.

Kanemoto falls into the “everybody can always use another non-powered hoodlum” rule. He would make an ideal Nightwing opponent. 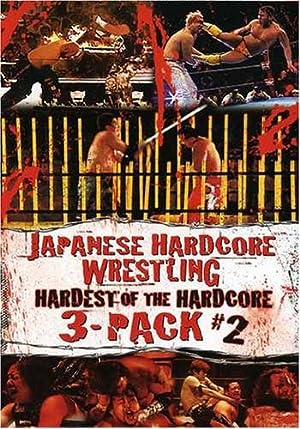