The Tiger Woman is physically adept, but not exceptionally so.

Furthermore, she is armed with a small hollowed reed filled with a special powder. This powder is a poison that “turns the face to stone”. I assume that is a poetic description of a paralysing poison that stiffens the face, then the throat, and kills through asphyxiation.

The Tiger Woman is fully fluent in English and knows how to operate in modern (well, 1940s) America, up to and including driving cars. She is backed by a half-dozen native warriors who did not display those skills.

Tiger Woman is from an indistinct “Indian tribe”. It’s impossible to tell where she’s actually from. 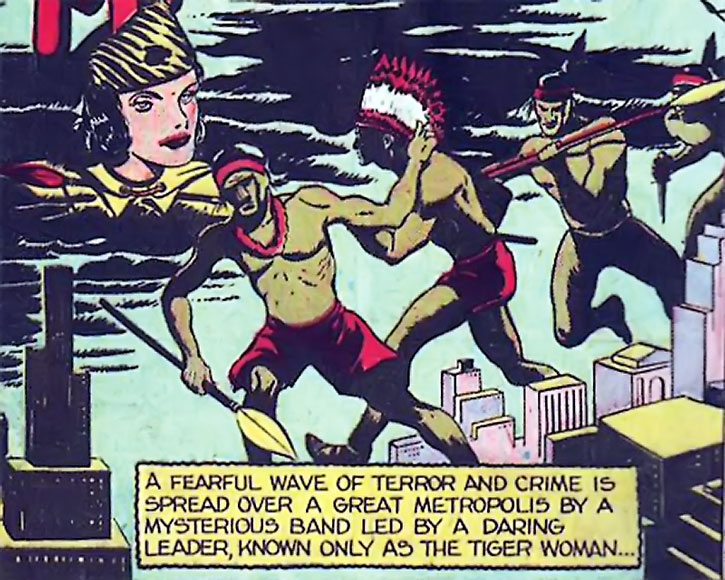 An American archaeologist named Taggart came to their land and pillaged some unspecified treasures of theirs. Thus, the natives decided to have their revenge.

Tiger Woman (so named by witnesses because of her distinctive hat and dress), who could operate seamlessly in the 1940s US urban society, came in with a cadre of warriors. Their mission was to track down and kill the explorers responsible for the theft.

(One hypothesis is that Tiger Woman and her operatives actually all are Americans, albeit from a particularly remote area. And that the other characters keep framing them as exotic, foreign savages out of sheer racism.)

They eliminated everyone but Taggart, who disguised himself in an attempt to ambush the attackers. Apparently Taggart had not warned the police, nor his wife. The archaeologist’s… odd stratagem ended up working, largely thanks to the serendipitous arrival of Madam Fatal in that conflict.

At the conclusion of the conflict, the uppity savages were all killed. Hooray for civilisation !

She seemed to be competent and determined.

“No more will you come to our land to steal the treasures of my people !”

“As soon as Mrs. Taggart is dead, I will take care of you two meddlers — then I must leave, for my work is done here !”

As a Quality character, Tiger Woman implicitly existed on DC’s Earth-1, and presumably existed in the past of the post-Crisis New Earth. Her foe Madam Fatal was confirmed to have followed that continuity path.

Drawbacks:
These guys do not seem to speak English. 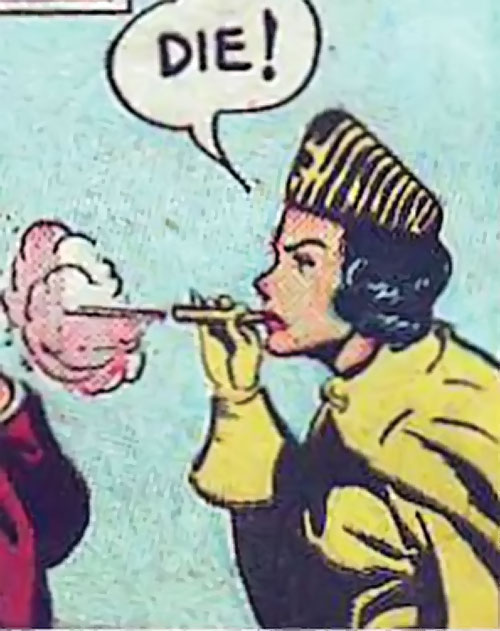 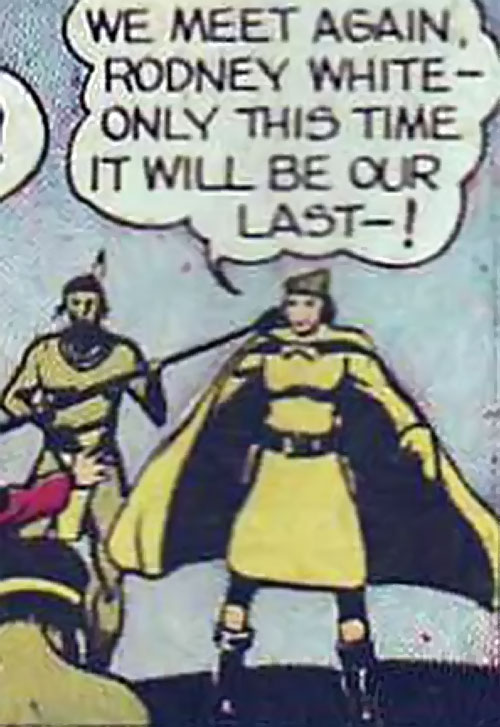 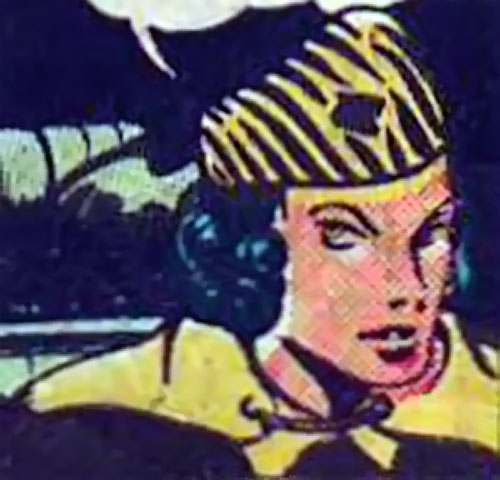 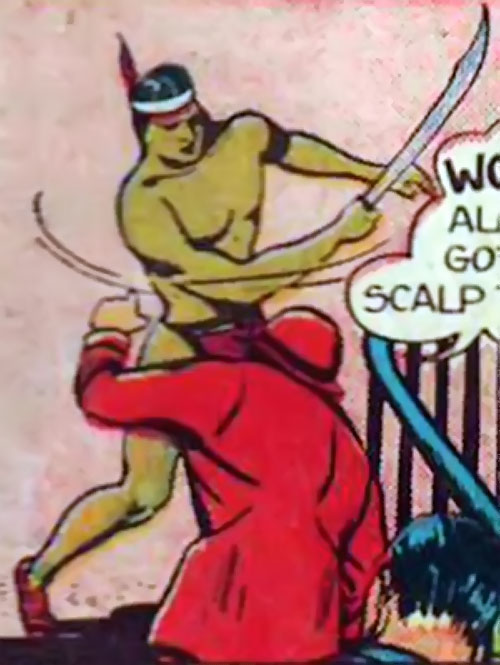