Timothy Gunn is a US television personality and fashion designer. He generally appears in popular reality TV stuff about fashion and style, such as Project Runway. At one point he teamed up with Aquaman in the Late Late Show.

But the also appeared in a 2009 Marvel Comics miniseries, Models Inc. Thus, this is the Marvel Universe version of Mr. Gunn we’re profiling here. Let’s make it work.

Tim Gunn is considered to be the wisdom of the fashion industry. He’s a leader in fashion education, respected throughout the world.

Other than this insight, it would seem Mr. Gunn has no special super powers. However, he is a natural at working a suit of power armour . When needed, he displayed an almost preternatural prowess in the Iron Man armor for someone who had evidently not piloted it before.

Mr. Gunn was born and raised in Washington, D.C. His father, George William Gunn, was an FBI agent during the administration of FBI Director J. Edgar Hoover. Gunn was a champion swimmer throughout high school, and later attended the Corcoran College of Art and Design  for his expertise in fashion. He worked with the academic departments to develop relationships abroad. Mr. Gunn became Chair of the Department of Fashion Design in 2000. 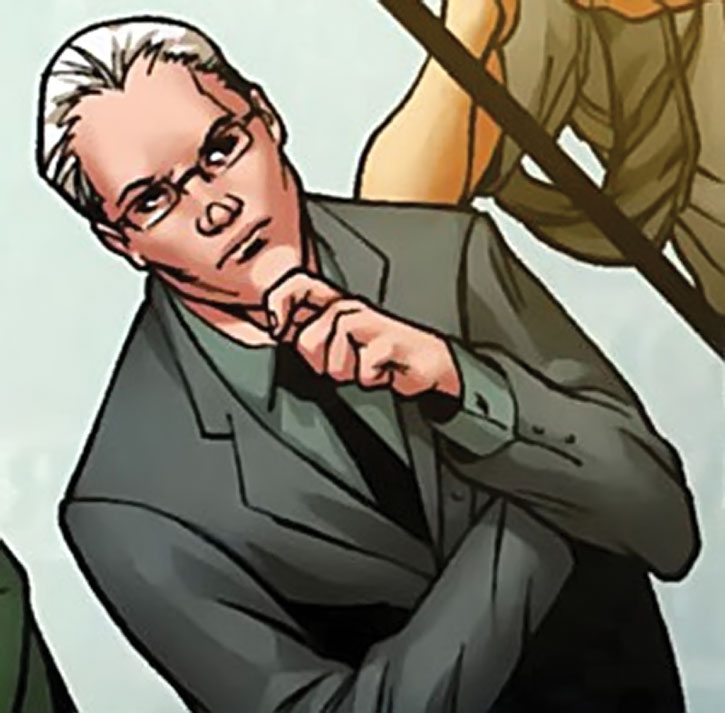 Under his direction, the department reinvigorated the curriculum for the 21st century and established itself as the indisputable leader in fashion design education.

From here he was asked to star on the hit reality show, Project Runway as a fashion consultant. Here he became a household name and synonymous with his catchphrases and the artistic process of fashion design.

On Earth-616 , his fashion career led to him meeting and becoming friends with fashion designer the Wasp (Janet Van Dyne). He convinced her to allow him to curate her collection of super-hero fashion at the New York Fashion Museum.

When it came under attack by AIM agents looking to reverse engineer the fabrics on display, Tim donned the Iron Man armor on display and captured them effortlessly.

Tim Gunn is an older man with silver hair and a penetrating expression. He almost always wears glasses and is immaculately dressed. He most often wears tailor made suits of high fashion design.

Mr. Gunn is a mentor to many fashion designers. He can be very insightful but is usually very simple when giving advice. Usually acting more as mentor than critic, he is known for his soundbite worthy phrases of advice. 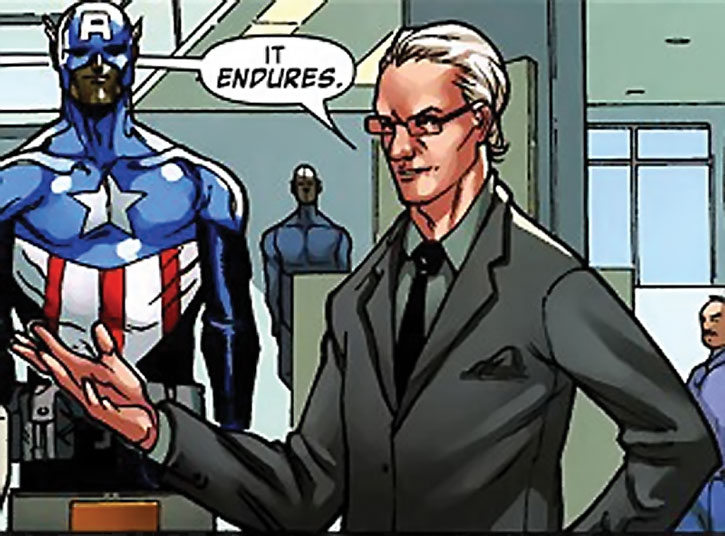 He is highly concerned not only with his protégées abilities, but their personal success as well. He is also concerned for young people and has done public service announcements against fur and teen suicide since achieving household recognition. 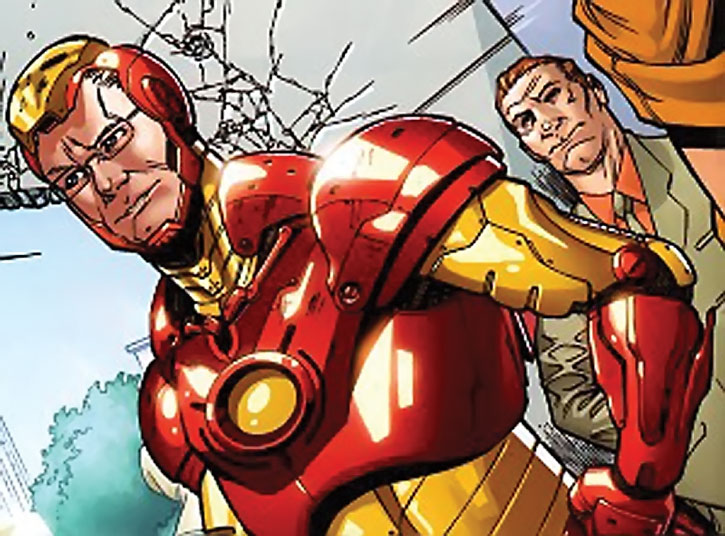 “Some trends have thankfully come and gone, the ones that lasted did so because they achieved a perfect equilibrium between form and function.”

“Are today’s supervillains too hip to shop at Macy’s ?”

(On wearing the Iron Man armor) “There truly is nothing more exhilarating than trying on a well made ensemble.”

In the DCU, his history might be similar to that of his Marvel history. Perhaps he is the “Edna Mode” of his world, being called upon by varying superheroes like Booster Gold to design their new look.

If you want to continue his theme of the “Master of the Power Suit,” you could always give him a suit from Steel or Lexcorp.

Bonuses and Limitations:
Swimming is a skilled power.

Equipment:
Glasses (Eliminates his nearsighted drawback). Potentially, he has a suit of Iron Man armor (likely a variant of the Mark V) available as well.

Just for fun ! The physical stats may seem a little high considering Mr. Gunn’s age. But in the single appearance he handled himself on par with an experienced adventurer.

Swimming is based on his real world history of being a swimming champion in school. It is included purely to give him the ability to push his swimming speed and initiative.