It could fly across the Atlantic under its own power within a few hours (via built-in jet boots).

It possessed enough strength to engage “Class 100” opponents in a brawl. It had great reflexes, and was fast enough to grab Hercules and throw him around (though the Prince of Power was at that point surprised and diminished).

The built-in force field could ignore nearly any attack, up to and including Thor’s thrown mystic mallet. Howbeit the Time-Bot was staggered when hit by Mjolnir while not braced for impact. The force field seemed to have a visible weak point (it did not seem to cover the chest), but that was a trick.

Though the robot seemed nearly invulnerable, it was blown away by the explosion of one of Doom’s machines which left Thor largely unarmed. What happened is unknown, but this entry assumes :

It is all tentative, though.

Though with its force field and powerful motors the Time-Bot is a mighty brick, these are not its most formidable weapons. The chestplate can emit a large yellow ray which serves as a warp into what appears to be the Earth’s Mesozoic era – the one that includes :

This time ray is chiefly useful to shunt opponents and targets into the distant past. The robot can shine its ray to bring them back whenever needed. That makes it a fearsome machine to kidnap someone (though they will spend time amidst the dinosaurs, which can be a problem) or confiscate a high-value item.

Technically speaking, the mechanics of Dimension Travel are easier to use. Therefore, this profile arbitrarily assumes that the time-ray actually displaces when it captures to a parallel Earth that is currently in something much like our Mesozoic.

Doom’s time travel research technology mean it could very well be straight time travel into the past of Earth-616 . But I know I wouldn’t resist to sending the PCs on Devil Dinosaur and Moonboy’s Earth.

Against minor opponents, the Time-Bot is programmed to use the time ray to send them to the past for about a minute then automatically have them pop back. The most likely result from this is a good fright… for Doom is magnanimous !

After Kristoff Vernard, thinking he was Doctor Doom, took over Latveria, the real Doom plotted to return to the throne. Wishing to do so with a minimum of collateral damage, Doom decided to use a time displacer of his invention to freeze everyone and everything in Doomstadt in place, and remove the usurper while time was frozen.

However, while he had the technology, Doom couldn’t power it. Such a feat needed a power source of untold might. Undaunted, Doom decided that he would use Thor’s mystic mallet as a power source. From there he built the Time-Bot to steal Mjolnir and bring it back to Latveria to launch the operation.

Doom equipped small-time criminals in New York City with energy weaponry. He hoped that one such crew would run into Thor whilst committing a crime. It eventually worked, and a pair of men was stopped by Thor and arrested.

Doom then sent the Time-Bot to wreck the police station and free the men. The assumption was that Thor would likely come upon hearing that two persons he had captured were being freed.

At this point, Hercules was hanging out at Thor’s place. Thus, two gods responded rather than one. The Time-Bot held against these formidable opponents, though Doom quickly came to New York City to help it deal with the unforeseen odds.

The plot worked, and the Time-Bot zapped Mjolnir with its time ray. Doom and his robot immediately left for Latveria, while a minute later Thor was forced back to human form by the lack of his hammer.

Though the Time-Bot tried to intervene, Masterson managed to lunge for the time displacer and grab his hammer. The subsequent explosion somehow destroyed the Time-Bot while leaving Thor unarmed.

Drawbacks:
Misc.: can only spend Hero Points for LDD. The Time-Bot presumably has a CIA toward Serving Doctor Doom. 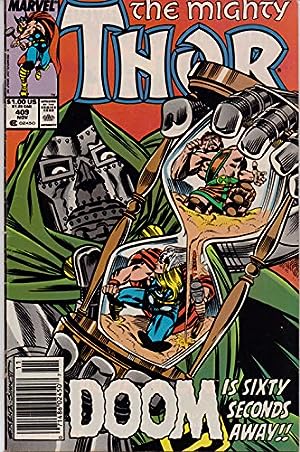 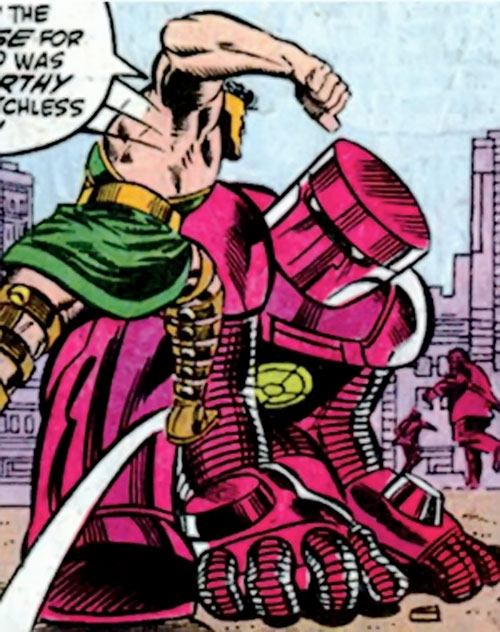 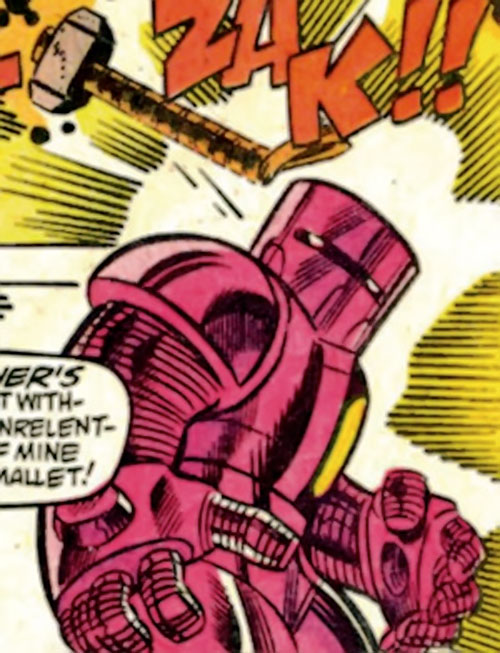 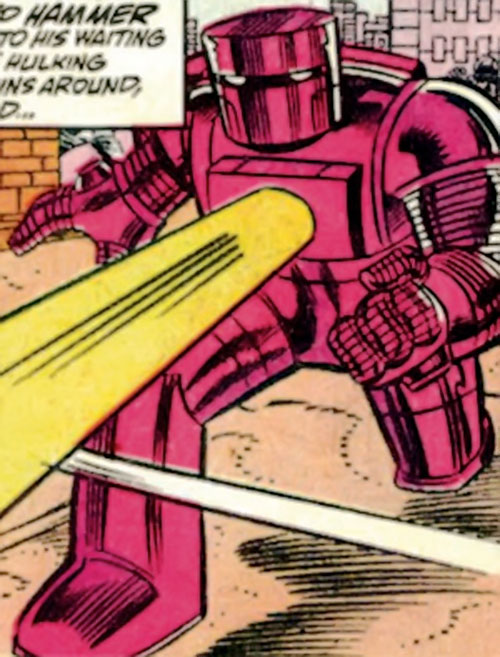