Titan’s special ability is that he can grow in size and mass.

As all other Guardsbeings, he has a Flight implant.

Like most Imperial Guardsmen, Titan has a military mindset and is mostly businesslike.

This works even if the ’jammers are not their sole opponents. For instance, they cannot spend HPs to attack or defend against a joint force of Starjammers and X-Men. 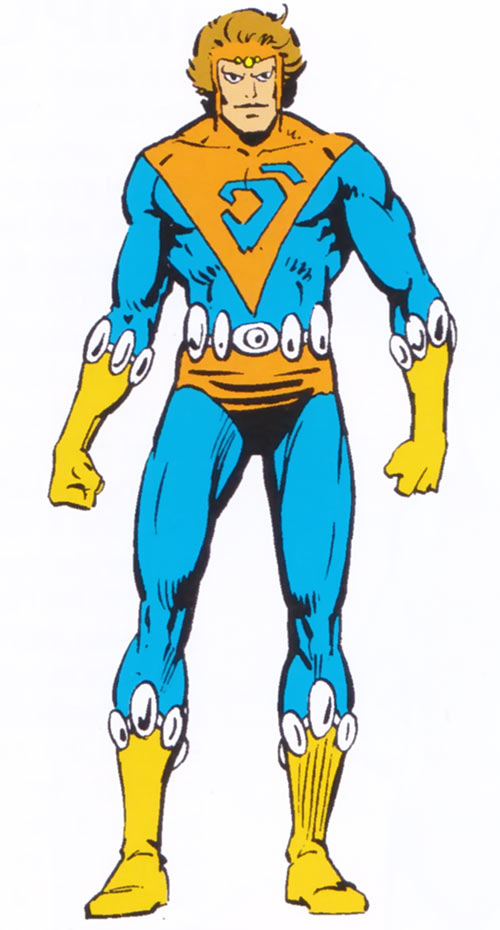