The Peacemaker was a 1997 action/thriller movie, starring George Clooney and Nicole Kidman. It received so-so reviews, but the two lead characters seemed handy to have on roster.

Devoe is an experienced Special Forces soldier and a veteran undercover operative for the US Army. The nature of his undercover work has taught him to use unexpected tactics to keep the initiative in combat situations.

He spent years tracking weapons smugglers throughout Europe, particularly involving Russia and the countries of the former Soviet Union. As a result he has an encyclopedic knowledge of the significant people, places, and politics in that arena. This goes all the way down to minutiae such as personal details of highly placed Russian officers’ mistresses.

Even outside of his areas of expertise, Devoe is extremely canny at assessing situations quickly. His first scene in the movie demonstrates him picking up significant clues at first sight. Even though an entire collection of intel officers and scientific analysts had missed despite having more time to examine the data in question.

(Some of the historical data was not directly mentioned in the movie. It was instead derived from a background shot of a computer monitor displaying Devoe’s biographical data. Another source was extrapolations from some of the decorations and badges displayed on his dress uniform.)

Tom Devoe spent most of his military career in the US Army Special Forces. He specialized in European operations against the Soviet Union, though he also participated in other missions such as the liberation of Kuwait.

Devoe eventually moved over to the intelligence division. He became an undercover agent tracking illegal arms trafficking by the Russians and their former satellite states after the fall of the USSR.

Devoe foiled more than a few weapons-smuggling deals. Some involved weapons of mass destruction such as nerve gas. However, his maverick style troubled his superiors at times. Once he was called before a congressional group to explain his expenditures, including using taxpayer money to ship a Ford Explorer  to a Russian friend who had helped him.

In 1997, rogue Russian General Alexei Kodoroff detonated a nuclear device in the Ural Mountains to hide his theft of several more nuclear bombs. It was Devoe’s observations of satellite data that exposed the operation as a weapons theft rather than the terrorist action it was initially presumed to be.

Due to his expertise in that region of the world, Devoe was made the Army Intel liaison to the Nuclear Smuggling Group that tracked the thieves down. He partnered with Dr. Julia Kelly in leading the investigation. Once they determined the route Kodoroff was using to smuggle the bombs to his buyers in Iran, Devoe commanded the attack that retrieved all but one of the weapons.

The last bomb had been taken by a Yugoslavian, Duan Gavri. He planned to use it at the United Nations headquarters in New York City. Gavri’s wife and child had been killed by a sniper and he held the UN responsible for failing to keep the peace in his country.

Devoe and Kelly also led this leg of the investigation. They personally cornered Gavri in New York and, after Gavri committed suicide, Kelly managed to disarm the nuclear device.

Devoe is a darkly tanned white male with short cropped hair. His most common facial expression is a tight smile. While on duty at the Pentagon he wears his uniform with full salad bar. Out in the field, he wears business casual attire while undercover or fatigues when conducting a military operation.

Devoe is a strong believer in the idea that there are good guys and bad guys and that there’s a clear division between the two. He is also willing to break rules unrepentantly to bring the bad guys down, which concerns his superiors greatly at times. He can go from charming to fierce in a heartbeat as necessary, and he usually communicates very bluntly.

He has a definite hard streak where his enemies are concerned. When his friend Dimitri died during an ambush, Devoe refused to leave until he had killed all of the attackers.

“Doctor, you can run your charts and your theories all you want. In the field, this is how it works : The good guys — that’s us — we chase the bad guys, and they don’t wear black hats. They are, however, all alike. They demand power and respect and they are willing to pay top dollar to get it.”

Devoe: “Password ?”
Hans: “No.”
Devoe: “Hang on.” (Screws silencer on to his pistol) “All right, Hans, we’ll do it your way.” (Shoves the muzzle of the gun against Hans’s elbow) “How’s the backhand ? Password.”
Hans: “Hasselhoff.”

After avenging his friend Dimitri’s death: “You don’t kill a Dimitri Vertikoff. There are certain rules. Killing him isn’t *useful*.”

While trying to spook a smuggler into exposing his position: “Hey, Alek, you watched CNN during Desert Storm. Remember all those television shots from the nose cones of the G.B.U. missiles slammin’ into those trucks. Remember that picture, how it kept gettin’ closer and bigger on the screen. You could just about see the faces of those drivers and then zap, the picture went dead : we didn’t get to see what happened next. Well, guess what, Alek ? You will, you son of a bitch.”

“All right gentlemen, whatever you do, do not shoot any civilians, do you understand ?” (Moments later, pointing at hostiles) “Those fuckers you can shoot !”

Devoe would likely be encountered investigating international weapons smuggling. In the DCU, this would probably overlap with designs for power armor or devices that could trigger metahuman genes.

Thus Devoe might become involved in efforts against DCU countries such as Bialya and Qurac, organizations such as Brother Blood’s, and incidents such as the sale of surplus Rocket Red armor to Vandal Savage.

Note:
When using Omni-Connection to create a Low-level Connection, Devoe commonly uses a fake identity. In these cases, said Connection is usually someone that Devoe knows of but has not personally met and who would not welcome a US intelligence agent. 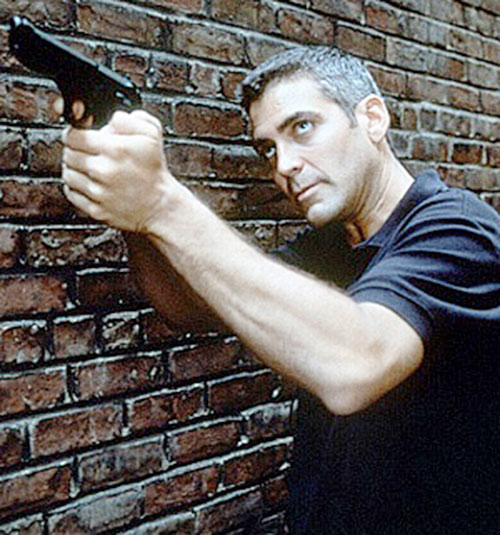 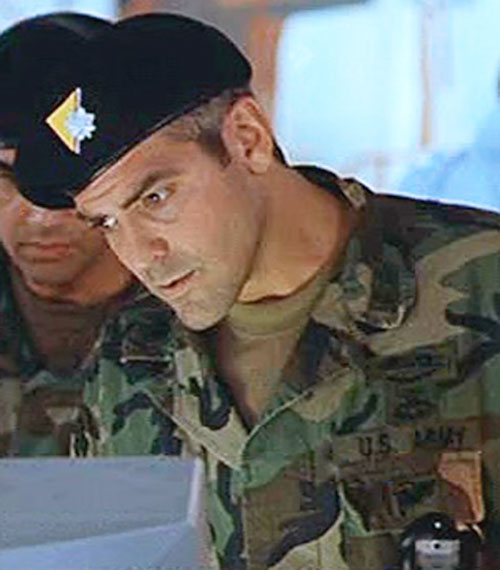 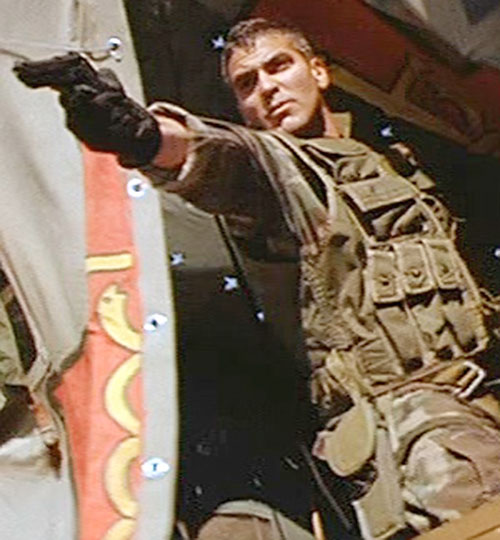