Tom’s Gun Enhancements are a series of cybernetic implants which provide the Seven Guns with:

These enhancements are activated by him saying his keyword, “Bakerstreet”.

He has physical augmentations, making him stronger, faster, and more durable.

He’s able to armour up at least his arm, extruding bony veins along his arm and fist. That makes it stronger and more durable. It’s uncertain whether this may be done to the rest of his body.

He also has mental augmentations, being able to better integrate with communications networks. Noir has proven able to hack into military weapons systems. His supercortex provides real-time sonar imaging allowing him to see directly into any target with surgical precision. He can use this information to work out the optimal point to hit an opponent.

His gun, Inquiry, fires tungsten rounds which can penetrate a tank.

He’s also partly responsible for the gun enhancements technology, primarily the communications side. He was mainly a programmer.

Tom was a resident of a western US city ruled by a corrupt police force and private armies. Aided by his friend John (Horus), he developed cybernetic technology. Merged with other scientific disciplines that allowed the creation of Gun Enhancements, gifting the recipient with cybernetic super-powers.

They gathered five others who shared their agenda,plus engineer Frank Blacksmith who built their equipment. They enhanced themselves, adopting codenames and calling themselves the Seven Guns.

The people rises – and falls

They began a vigilante action against the corrupt forces controlling their city. The Guns eventually managed to rout them. But not before Blacksmith was dragged to death through the streets by a police car.

They became a more global group for a while, which unfortunately left them out of the country on September 11th 2001, but they did foil a copycat strike on LAX on Thanksgiving.

The group continued operating until Tom’s girlfriend, Laura Torch, was killed in an explosion. It also maimed Tom. Tom retired, turning to drink. The rest of the Guns, still active, began drifting apart.

His exile in self-despair continued until John decided the President was guilty of a number of crimes. He summarily executed the President and his inner circle. Horus then stood before the White House press corps declaring that the country should hold fresh elections. 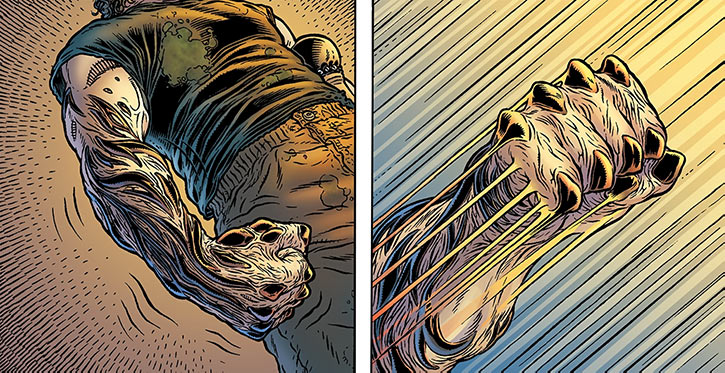 The military began hunting John and the other Guns. They were aided by Frank Blacksmith, who’d faked his own death. Blacksmith had gone to the intelligence community to develop a group of Gun Enhancements for them.

Frank turned up on Tom’s doorstep with an Enhanced enforcer. He left this man to kill Tom, believing Tom’s Gun Enhancements were inoperative. They weren’t, though Tom barely managed to kill the thug.

Not the Magnificent Seven

Tom reunited with the other Guns, apart from John, who’d distanced himself from them during his speech. But they were unable to come to an agreement on how to respond. Things were made harder since Kathryn Artemis had opened fire on the army.

Pretending to surrender to the Army by approaching a tank with his arms raised, Tom controlled the tank. He forced it to fire at him, faking his own death to operate freely.

Tom retrieved Laura’s gun from her coffin, where he’d buried it with her. He waited for Frank Blacksmith to visit the grave, which he knew he would. John then arrived to confront Frank. Tom confronted the pair, and used Laura’s gun to kill the three of them in a massive explosion.

Bitter over the loss of his love and his leg. At the beginning of Black Summer Tom is a chain-smoking alcoholic, alone with no real life. He wants to be left alone to drink himself to death. Forced out of his inactivity, he reluctantly calls the Guns to warn them of the threat. Noir has to accept their assistance to stay alive, although he kvetches  and moans a bit.

Sobering up, and getting a handle on what’s going on, Tom decides on a course of action to protect the remaining Guns. He follows it through without questioning himself, realizing that he has to kill John for his own good. Noir probably also used it as an excuse to end his own suffering.

Flachbacks show him being the main driving force behind the Guns. He developed the technology with John. But being the more personable of the two, he did more to recruit the others, and he was the leader until his retirement. During this period he was more optimistic and openly enthusiastic about what they were doing.

“Ah, vodka. Is there nothing you cannot preserve ?”

“You could not think of a smarter way to change the way the country does business than just killing the villain ? You can watch the world like God and build palaces out of mud with those damned eyes of yours and this is the smartest idea you had ?”

Prior to losing his leg he didn’t have the SPR, and his Motivation was Upholding the Good. He only acquired the prosthetic leg on rejoining the Seven Guns after John executed the President.

Superspeed is speculative. It seems he can move quickly, which could just be Running, but Superspeed feels more appropriate given how he faked his death. 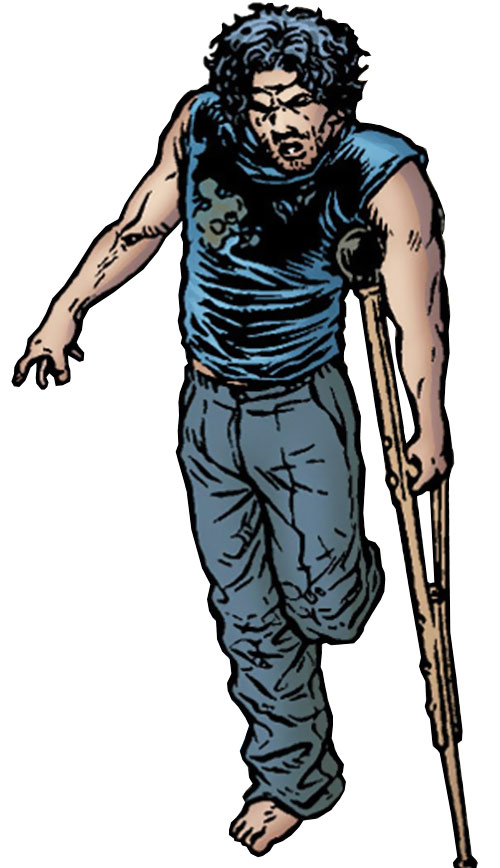 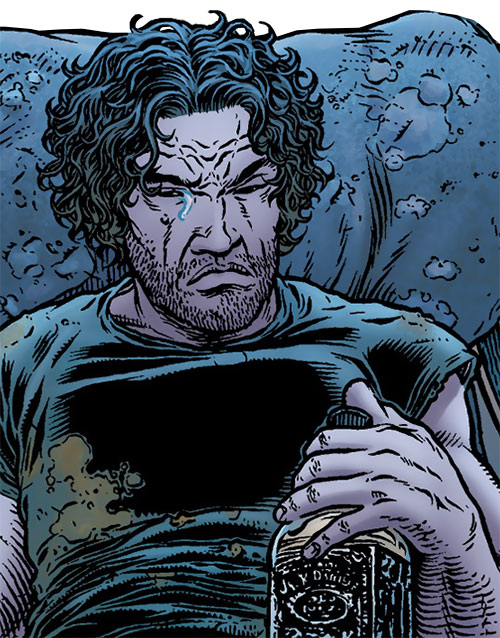 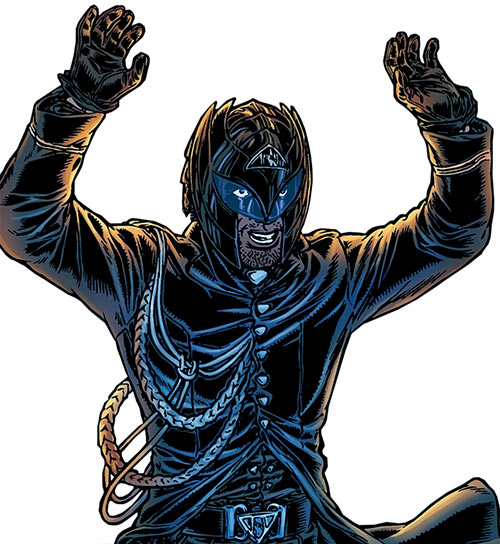 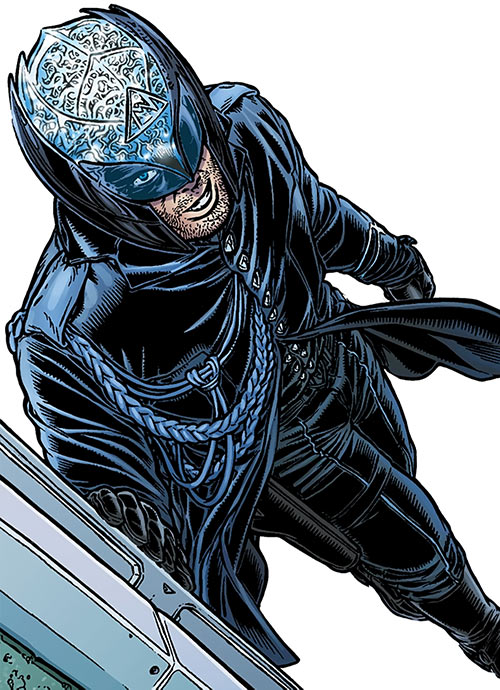 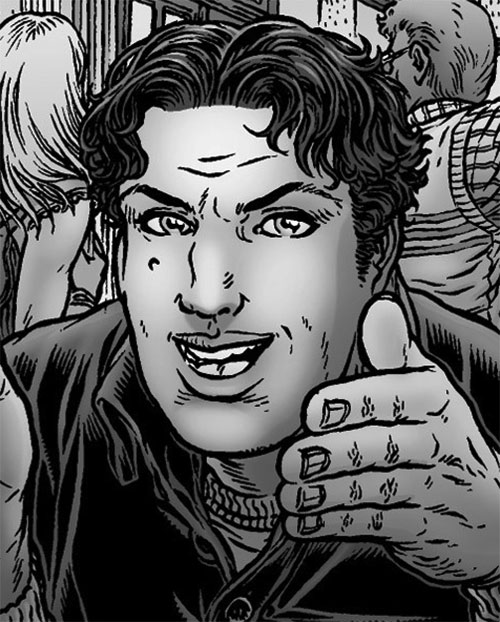 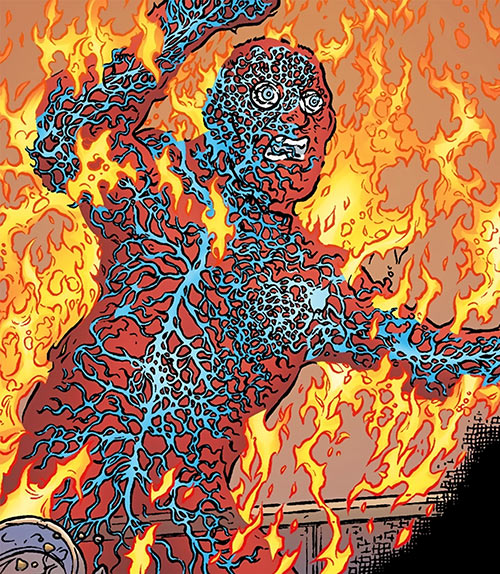