Tommy Dreamer can increase the physical characteristics of any object he is touching. Using this power, he can turn an open umbrella into a bulletproof shield, or increase the amount of damage when wielding a blunt object without exerting any additional force with his own body.

This does not work with firearms or energy weapons, as he loses contact with the ammunition as soon as it leaves the weapon.

Son of a wealthy family in New York, Scotty Anthony grew up with all of his material needs met. However, he suffered abuse at the hands of his alcoholic father. He took out his frustrations on a poorer classmate, Tommy Laughlin, especially when he took an interest in Tommy’s sweetheart, Beulah McGillicutty.

The two boys fought for several years until Scotty finally was sent to boarding school following the death of his father under questionable circumstances.

Tommy was in his late teens when he met legendary brawler Terry Funk. An old friend and mentor of Cactus Jack, Funk found in Tommy a student who he could not just inspire, but actually shape.

Thanks to Funk’s training over the next few years, Laughlin discovered an innate ability to focus his own mental energy into inanimate objects. That allowed them to defy the laws of physics and the limitations of their own physical structure.

Tommy was able to make weapons hurt more, walls to be stronger, and cars to drive faster, as long as he remained in physical contact with them. Funk moved on, but Tommy stayed in old neighborhood, trying to make it a nicer place to live.

Tommy and Scotty (now calling himself “Raven”) crossed paths several years later. Raven had left school and struck out on his own in Philadelphia, forming a gang of followers he called “The Flock”. Among the group was Beulah, who had left Tommy and moved from town without explanation.

Tommy began a vigilante crusade against Raven and his band of petty criminals. Raven took great pleasure in tormenting Tommy, both physically and emotionally, and ALWAYS getting the upper hand in any personal confrontations. Tommy’s only victories involved help from outsiders, including Cactus Jack, Sandman, and a local gang known as “The Pitbulls” (no relation).

Terry Funk returned to town to aid Tommy, but fell under Raven’s control. After Funk was freed of Raven’s power, Dreamer’s trust in him was shattered and the friendship was never successfully rebuilt.

Tommy didn’t know that Raven had thrown the fight and left Philly. Anthony had grown despondent following Beulah’s perceived betrayal. While Raven wandered the country, Tommy and Beulah tried to start a family.

A gang of half-brothers (the illegitimate sons of a single man) moved into their neighborhood. They took to tormenting the pregnant Beulah. “The Dudley Boys” harassed her without end and Tommy could not stand up to the entire group (D-Von Dudley, Buh-Buh Ray Dudley, Dudley, Big Dick Dudley, Little Snot Dudley, Dudley Dudley, and their Native American half-brother, Dances-With-Dudleys).

Raven returned to Philly to rekindle his feud with Dreamer after hearing of Beulah’s death. Both he and Dreamer blame Tommy for his inability to protect her.

Tommy Dreamer is a medium height man with dark brown hair and a moustache and goatee. He is carrying a little extra weight around the middle.

Dreamer wants to be liked and admired. As such, he goes to great lengths to earn the respect of others. Sometimes, he takes the wrong direction in seeking out this respect and ends up bleeding for it.

This drive often leads him to take excessive risks for people who will have little appreciation for his sacrifice.

Very small-time vigilante hero. Dreamer is all heart, but at best, he’s a big fish in a small pond. Fit him in just about anywhere ; Blüdhaven, Gotham, Hub City. Anyplace dingy enough.

Bonuses and Limitations:
Enchantment only works on the Physical Attributes and Powers of inanimate objects. It has Range of Touch.

Equipment:
Dreamer will pick up any object on hand and use it as a weapon. In the past, he has made use of ladders, stop signs, cheese graters, guitars, and chairs, among other assorted objects. 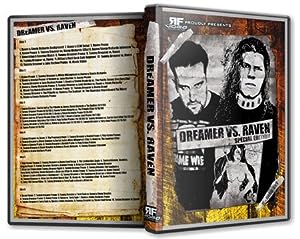 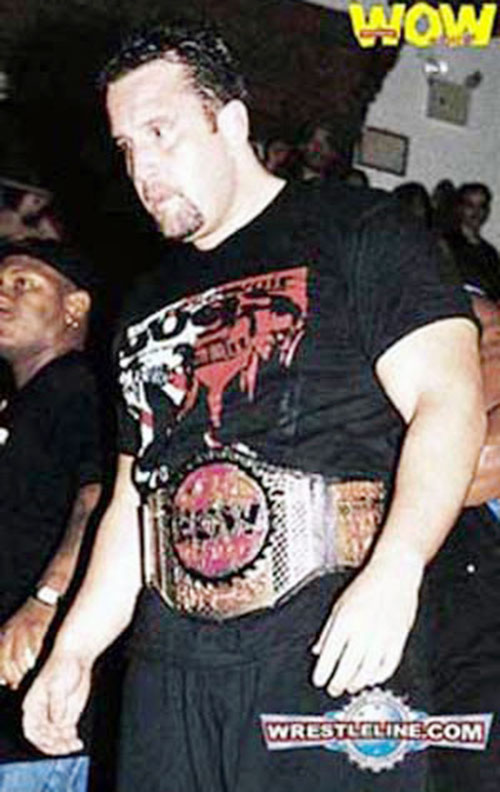 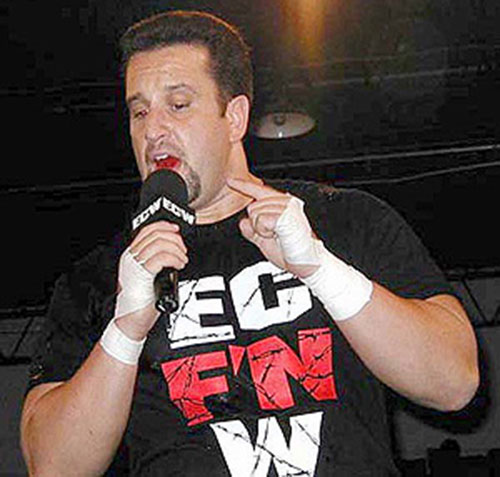