This here writeup is a mini-profile done in 2008. It didn’t make the publication cut.

But since Verizon decided to destroy the Yahoo! Groups archives, it’s either process it (with edits) or lose it forever.

I think some of the material may be from rfblues.aaanime.net. But as of 2019 this site seems gone.

Tongpu was engineered to be the ultimate killing machine. He is:

The forcefield doesn’t seem to work if Tongpu is distracted. Spike was thus able to catch him in the leg with a knife after Tongpu hesitated in their fight.

Tongpu is also quite deadly in unarmed combat and is a master of stealth. 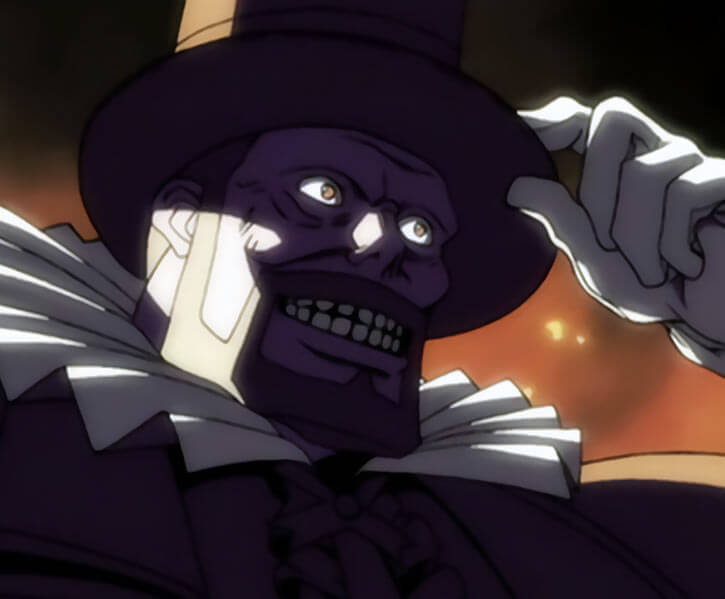 Tongpu was a failed experiment by the ISSP to create a super-assassin.

He was subjected to countless tortures and painful treatments. During this time he was constantly watched by one of the scientist’s pet cats.

Eventually, Tongpu broke down, becoming child-like in mind. The ISSP called it quits and locked him away.

While Tongpu was being transported, he escaped, killing his captors.

He then began to hunt down ISSP executives. At first this was because he wanted revenge, but eventually he just enjoyed killing.

On Mars, bounty hunter Spike Spiegel happened on Tongpu after one of his assassinations. Not wanting to leave witnesses, Tongpu nearly killed Spike.

Tongpu may have won. But he noticed Spike’s heterochrome  eyes, similar to those of the cat that used to watch him. Tongpu was distracted long enough for Spike to knife him in the leg.

Being unused to pain, Tongpu had a breakdown. He rolled around and screamed for his mommy. A giant mechanical parade float then stomped on him, killing Tongpu.

Pierrot quite resemble the Bruce Timms version of the Penguin. Though the Joker and the Tally Man also fed the design.

He had a gray beard and is bald. His face is normally twisted into a hideous smile. He has manic red eyes and pointed fangs.

He wears a top hat and uses a cane, which is really a gun. 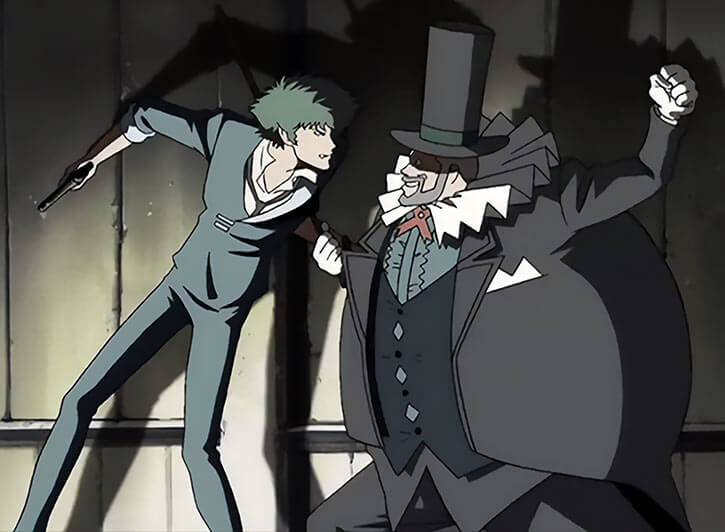 “Hello, gentlemen, I have come to take your lives.”

He’s an homage to Bruce Timms designs, so he would easily fit in, say, a Batman Beyond setting.

Or he might be a Lexcorp experiment of some variety. Or a new hit man for Intergang. Considering the tech level of the DCU, Tongpu need not be restricted to a sci fi campaign.

Pierrot carries a ludicrous amount of deadly weaponry on him at all times. His preferred one is his cane gun [BODY 04, Projectile weapons: 05, Range: 07, Ammo: 15, R#2].

He also has a history of using whips, grenades, and rocket launchers.

Writeup completed on the 3rd of September, 2002.