Tonto is a Potawatomi Indian. But other Native raiders burned the camp, killed his family and left Tonto to die. However, a Caucasian boy about his age rescued him. Tonto gave the boy a medallion as thanks.

Years later, Tonto stumbled upon the aftermath of an ambush. Six Texas Rangers had been shot to death. But one was still alive. To his surprise, he found his medallion around the ranger’s neck, thus discovering that this was his friend from long ago.

“You Kemo Sabe,” Tonto told the future Lone Ranger, which means either “trusted scout,” or “faithful friend” in Potawatomi. Tonto saved the Ranger’s life from the gunshot wounds, and nursed him back to health.

With Tonto, Reid dug graves for all the Rangers, including one for himself. He believed that he would best bring his brother’s (and the other Rangers’) killers to justice by allowing the Cavendishes to believe he was dead.

At this point, some accounts say that Tonto trained the future Ranger to be an excellent marksman and fighter. But others say Ranger was already that capable.

The Ranger and Tonto then decided to embark on a quest to right wrongs and protect the innocent. It was Tonto who advised the Lone Ranger to use silver bullets. He said that Indian chiefs used silver-tipped arrows to make them fly straighter, and “Silver is pure…it has been a symbol of justice since the year of the sun.”

In the early novels, Tonto rode a horse called “White Feller.” In the early episodes of the TV show, he rode behind LR on the back of Silver. Later Tonto got his own horse, a paint named Scout.

Some accounts refer to Tonto as only half-Indian, as if to say that only those with White blood in them could be honorable people. These accounts have been cast aside as idiocy by the author of this history.

In the 1994 Lone Ranger and Tonto miniseries by Joe R. Lansdale and Tim Truman, an alternate origin appears for Tonto.

There, the pair did not meet as children. They met for the first time when Tonto nursed LR back to health after the ambush. While on the Cavendish gang’s trail (before the fatal ambush), the future Ranger met a tribe of poverty-stricken Indians. He then went to the sheriff of the nearest town to ask him to help them.

Ranger later found out that the sheriff found the tribe, thanks to the Ranger… and butchered them all for stealing sheep. LR kept this a secret from Tonto out of guilt.

When he encountered that sheriff years later, Ranger revealed the story to Tonto. This resulted in Tonto angrily dissolving their team. The murdered tribe had been Tonto’s, and included his sister. Tonto had not been there when they were slaughtered because he was out stealing sheep for them (because they were hungry).

Both men had been carrying this Dark Secret drawback for years. In the course of the miniseries, the team reunited, their partnership made stronger by renewed trust.

If for some reason you would like to play a crappy version of the Lone Ranger and Tonto, where the Ranger is reedy and blond, and has the hot pants for Tonto’s fine sister, then the WB’s recent movie that I have dubbed Hot Teen Lone Ranger is for you. For the whole inept story, go to my review here: http://www.revolutionsf.com/article/1727.html.

Tonto does not wear a unique heroic costume like the Ranger. He wears a buckskin outfit.

He had short hair and a headband in the TV series, and shoulder-length hair in the 1981 movie.

Tonto is the very definition of loyal, trustworthy, and dependable. He values truth and justice just like the Ranger. They are the truest of friends, and trust each other with their lives. The Ranger treats Tonto as an equal partner, unlike LR’s descendant Green Hornet, who made his sidekick Kato drive him everywhere.

Tonto grew up in a Native American tribe, and is attuned to nature. He has wisdom and honor and instincts from his upbringing, being close to the land and its creatures. He offers wise advice.

In earlier portrayals (the TV series), Tonto is laconic and monosyllabic. He defers to the Lone Ranger in interactions with others.

His command of the English language isn’t good. He drops articles and misuses pronouns. Like “Me am Tonto,” or “This heap big trouble.” This does not at all mean that he is not intelligent — he just didn’t get book-learnin’ in English.

If the player shies away from playing Tonto this way, consider the Lansdale miniseries option. It suggests that Tonto knows how to speak fluent English, but uses the primitive Tonto-speak as a way to put foes off their guard. Here, he resents being seen as Lone Ranger’s sidekick, or worse, his property.

He says, “I’m not HIS Indian. I’m not anyone’s Indian. I’m Tonto.” (In the novels and TV series, he had no such chip on his shoulder, but this quirk, in the miniseries, makes him sarcastically funny).

“Other Texas Rangers all dead. You only Ranger left. You lone Ranger now.” (first episode of LR TV series)

“Now and then, Kemo Sabe, why don’t you just shoot someone in the head ?”

He’s already there, if you look hard enough. His descendant Green Hornet crossed over with Batman on their 1960s TV shows. Both were produced by the same people, but GH’s show was a more straight-arrow take on the masked superhero / sidekick genre.

The Ranger and Tonto may have deliberately avoided DC’s other Western characters, not caring for their generally less-than-idealistic methods. Besides, he probably figured they’d only get in his way. For their part, one might assume that the DC Western characters knew of the Ranger only from his dime novels, and considered him and Tonto to be fictional characters.

Equipment:
Colt Single-Action Revolver [BODY 03, Rec. STR 03, Projectile weapon: 04, Ammo: 06, R#04, Drawback: Very Long Reload, Note: may require an Automatic Action to work the action unless this is waived by the GM for this campaign]. 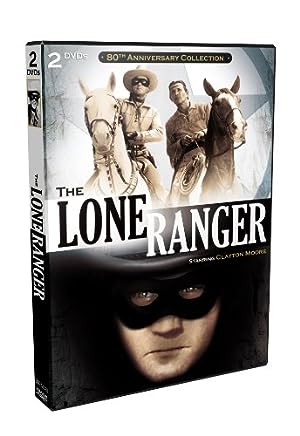 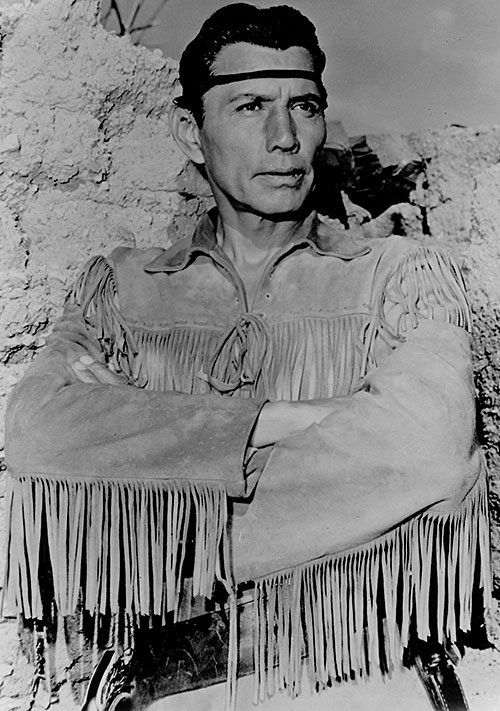 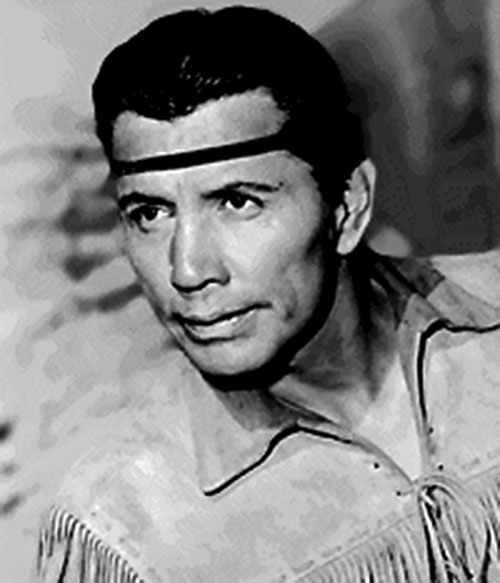