Stark has no physical, mental or physical assets, save for two things : a remarkable drive to achieve, and an obvious genius for engineering. He is responsible for a great number of breakthrough and achievements in that domain.

His engineering ability can be compared to that of Doom or Luthor (although Doom has a better understanding of science, and Luthor’s genius is more centered on lightning fast theoretical conception).

He’s the designer, and main user, of all of the Iron Man battle suits, and has a long experience in a unique fighting form taking advantage of the possibilities of the Iron Man suits.

Anthony Stark is the son of Howard Stark, founder of Stark Industries, the main ammo supplier for the States during the Cold War. Stark was a harsh man who drank too much, and hated his bookish son for not being manly enough. Tony’s gift for building things was unnoticed, and he was sent to a boarding school.

While still fascinated by knowledge, and having graduated from MIT  (yay !) while still in his teens, Tony grew up to be an irresponsible playboy after his majority allowed him to access his trust fund.

However, when he was 19, his parents died in a car crash. Stark now had to do something with his life. He became the owner and CEO of S.I., and his inventions allowed him to turn this society into a giant in electronics. Then, tragedy struck again during a trip at a S.I. plant in Southeast Asia, due to a terrorist attack.

Stark took a piece of shrapnel near the heart, and was kidnapped by the terrorists to build a super-advanced weapon for them.

With the help of a Vietnamese engineer, Ho Yinsen, Stark built said weapon, the first Iron Man armor, which also allowed his heart to continue beating. He freed himself from captivity, along with USMC pilot James Rhodes, who became his lifelong confident.

Stark thus added to his responsibilities as owner/CEO of S.I. those of the founding member of the Avengers called Iron Man. He also went on to become one of the main reasons why SHIELD could exist. Within a decade, Stark International became the leading developer of advanced technology on the planet.

However, a vicious genius, Obadiah Stane, took his company away from Stark and drove him to alcoholism. Stark lived on the streets for a few months, but with the help of his remaining friends managed to bounce back with amazing success to create a cutting edge company named Circuits Maximus (a pun ).

This was his stepstone to reclaim Stark International, now renamed Stark Enterprises since it reached an even bigger size.

Stark then experienced a series of mean subplots, involving his destruction of numerous sets of armor based on an invention of his own, paraplegia after being shot by a crazed ex-girlfriend, and the revelation that most of his life had been manipulated by Kang in order to betray the Avengers.

He was then killed and replaced by his younger self drawn from the past, a 19 years old Stark who has bought Stark Enterprises. This subplot passed on as well, and the original Tony is now back in business.

Stark is a tall, well built businessman of about 37. His moustache still gives him a slight playboy image.

He’s naturally charismatic and obviously highly intelligent, and most people will automatically trust him and his judgement.

Stark is not a great hero. He fights the good fight, but it is as often in the interest of his holdings than for the general interest. While he’s quite charismatic, courageous and driven, he remains a normal man, and has had a long history of health problems and extreme mood swings.

He’s a mostly normal, dynamic entrepreneur ; however he strongly believes that the business world has to be one of the most responsible parts of society. Thus, he uses his assets for the common goods, pays attention to the well-being of his employees, and uses a part of his benefits for social causes (such as the Maria Stark foundation).

He even once closed the weapons system division of Stark Enterprises as a moral objection to building tools of mass destruction.

While he is the quintessential capitalist, his philosophy is also strongly humanist, resulting in an unique figure in the business world.

His motivations are complex, mostly because he never really got out of the shadow of his father. His adversarial relationship with his long-dead father explains a lot of the self-destructive stuff he’s done. It also explains why he’s not the ruthless corp baron he could easily have been.

Stark’s main characteristic is his absolute faith in technology, which may in part have stunted his growth as a human being. R&D is his life calling, and business his passion. His relationship with his armor stems from this : to him, being Iron Man is another addiction, one he has yet to beat or even admit, and he tends to solve most problems by suiting up.

He’ll always rise above any difficulty so as to pursue this objectives, but is not strong enough to avoid putting himself in difficulties in the first place.

Iron Man is probably too important and powerful to directly inject him in the DC Universe. You might work something around one of the scientist behind Team Luthor, who recently decided he’ll teach Lex a lesson by launching himself into a new business venture (which is Stark at its best anyway, and could make for an excellent campaign if the PCs are his employees) as a competitor against Lexcorp and the STAR Labs.

Or he could be one of the “secret partners” behind the meteoritic and mysterious rise of the STAR Labs, covertly using the secret Iron Man armor and his own genius… Although I think the entrepreneurial storyline above is better, he could also be interesting has a one-man conspiracy inside the conspiracy the we all suspect STAR to be.

In that case, the Stealth Armor is probably the best “default” Iron Man armor. 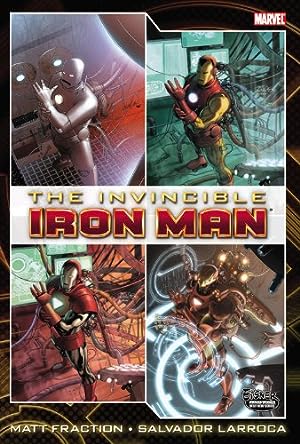 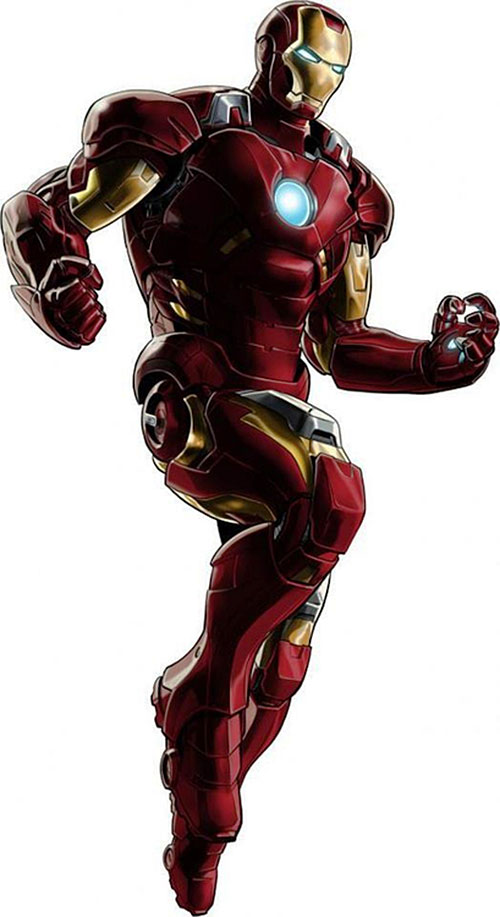