Topo is an Aquaman character, and very much a Silver Age  one. He chiefly appeared from 1956 to 1967-ish, when animal companions for DC super-heroes were in vogue (Krypto, Ace the bat-hound, etc.).

This profile is based on Aquaman Archives vol. 1, which covered early 1960s stories.

Unlike most octopi, Topo can understand simple instructions, patrol the seas looking for trouble, and learn a variety of skills. He can communicate telepathically with all sea life (and possibly other creatures). Topo can even receive telepathic messages from non-telepathic characters (such as Green Arrow).

In DC Heroes RPG terms, Topo may also have the Omni-Skill: 04 power. This would represent odd skills that Aquaman has somehow taught Topo. Such as archery and musical skill with a wide variety of instruments. If you favor this approach, eliminate his Weaponry and Artist skill. Aquaman would pay the costs for Omni-Skill usage via his Leadership ability.

Presumably, Aquaman has the Pet advantage, with Topo being the Pet. However, based on his teamup with Green Arrow, it is also possible that any hero (or at least JLA member) in the ocean can cause Topo to be nearby by spending 10 Hero Points .

First appearing in Adventure #220, Topo has been a longtime ally of Aquaman. Some people (well, okay, one website) suggest that it is not Aquaman’s new origin nor his gloves becoming green (rather than yellow) that divide the Golden and Silver Age Aquamen. But rather the first appearance of Topo.

The stats given here for Topo cover only his appearances in the Aquaman Archive. But he is also a part of the post-Crisis DC Universe. Post-Crisis Topop was last seen helping out in one of the Dan Jurgens-written issues of Aquaman.

In his vintage Adventure appearances, he is leader of Aquaman’s Sea Patrol, an unspecified group of aquatic creatures that patrols the sea. Topo often goes off patrolling on his own and will let Aquaman know if he finds trouble. He has encountered and is on friendly terms with other JLA members (such as Green Arrow), and even appeared in a (non-canonical) issue of Superfriends.

He’s an octopus, sometimes colored purple, sometimes brown, sometimes orange. But octopi can change their coloration, so that’s actually not a continuity error.

The most heroic and loyal octopus ever, he is never unwilling to lend a hand— or tentacle. His personality seems somewhat subdued since he is unable to directly communicate with sentient beings.

Helper(s): Mayfair’s octopus writeup (which lead to lower stats than you might expect). 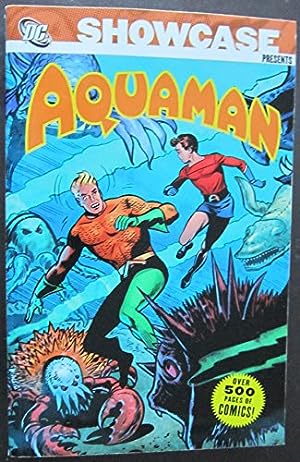 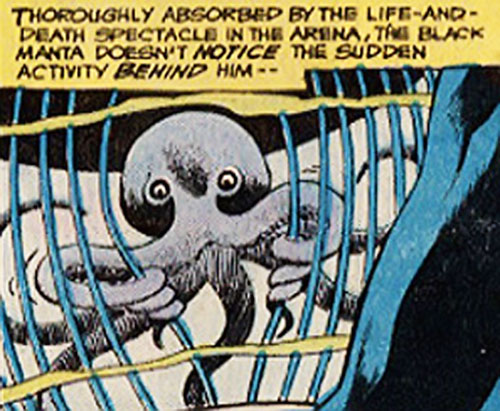