Two other archetypal Torchlight character classes have such entries :

Rae is tall, strong and a non-accredited engineer.

Engineering in the Torchlight world is different, though. It extensively uses the magical material called ember as a power source and to generate direct magical effects.

The result is a steampunk -looking technology capable of producing some impossible effects. Such as firearms that never have to be reloaded, or steam-powered humanoid robots.

How widespread this tech is is hard to say. The games take place on the continent of Vilderan where there aren’t a lot of humans yet. And the other technology-using race, the dwarves, has gone extinct.

The humans notably build “embercrafts”. These are a sort of mix between a huge steam locomotive, a giant tank and the large vehicle used by the Jawas  on Tatooine in the original Star Wars.

Rae’s ember-powered kit is typical of a heavily-armed human engineer – a cannon and a forcefield. The personal forcefield is ablative. But once it has been exhausted by attacks it can be recharged. 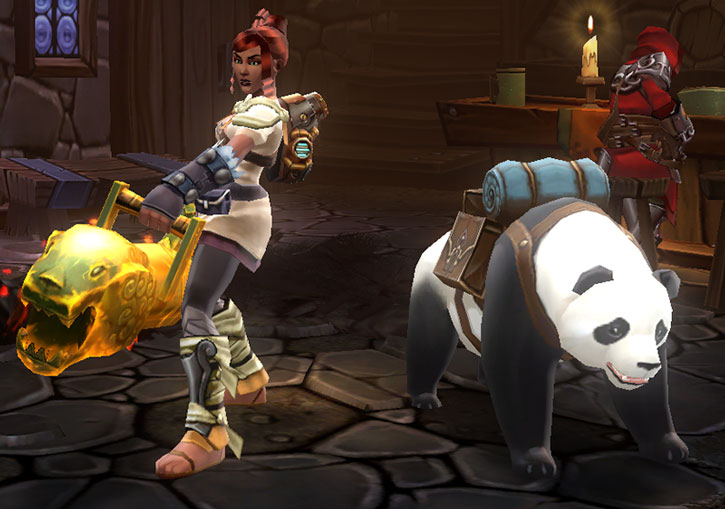 The cannon looks like a carronade – a black powder cannon on an Age of Sail ship. But one fitted with the handles used by the minigun in Terminator II.

It is considerably lighter than it should be thanks to ember. And it can fire on and on – or at least for as long as the operator can hold as the recoil, noise and glare are punishing.

Rae’s equipment is powered by a standard ember-filled backpack. This is basically a generator.

Rae’s cannon mostly fires grapeshot, but she has her own personal “recipe”. It includes blades, chains, incendiary compounds and other specialised “ammunition” intended to destroy the undead.

A shot will sweep a corridor with considerable force. And Rae seldom fires a single shot when a half-dozen will do. Her gun is unusually powerful, and will ravage most opposition.

However, heavy use of this artillery led to a hearing problem.

Rae grew up in a nondescript, boring farming village in the human Empire. As a tomboyish 6-year old, she ran into an animated skeleton wandering near the village. This sight shocked her and resulted in a phobia.

The skeleton was actually harmless and only able to walk. Thus, it was soon destroyed by a mob of children armed with sticks and stones.

Her overwhelming panic and lasting fear deeply shamed the girl. As a teenager developed an obsession about proving that she was fearless.

Rae decided to become some form of elite soldier. But by age 16 she started developing arthritis in her hands. Though she was a good shot and had a talent for mechanics, her bad hands ruined everything.

She couldn’t quickly operate normal firearms or work as a field engineer. That barred her from the careers she’d been wanting to enter for years.

The only asset she had left was that she was unusually tall and strong. Thus, she ended up as a gopher and pack carrier for military engineers.

Though she had to work slowly, the young woman was good with mechanics, metallurgy and chemistry. As a result, she gradually became a shop worker rather than a strong back.

Rae also had a succession of boyfriends among the engineering corps, usually out of a shared interest for things technical. They taught her the trade she couldn’t formally study.

By age 22 she was a capable but unofficial engineer, one who would never be able to join the military.

Way of the contractor

The unit Rae was working with had been sent to Vilderan. This deployment was part of the Empire’s efforts to expand on the old continent. There, she saw how often the Army was hiring mercenaries for small missions. Among these mercs were several ex-military engineers who had gone private to earn several times their previous pay. 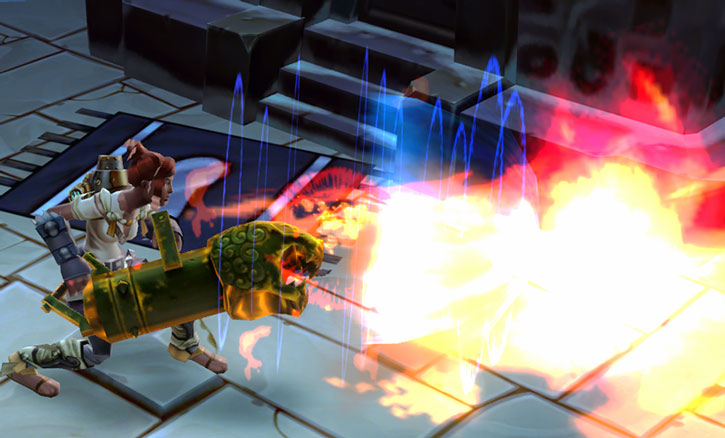 The young woman saw an opportunity. Working after hours in the shop, she designed and built herself a personal cannon. It had handles and a trigger adapted to her arthritic hands.

This distinctively dragon-shaped weapon drew from many of the best designs. It was rather aggressive in terms of noise, power and weight, requiring a strong and determined gunner.

Rae also bought or made various bits of field equipment. Furthermore, the engineers let her leave with her favourite pack bear. The animal was very attached to her anyway and unlikely to work well in her absence.

Spitting in a wishing well

To start her career and to prove that she wasn’t afraid, Rae specialised in a job most mercs avoided – undead destruction.

Contracts would generally involved ruins and battlefields crawling with skeletons, zombies, spectre and the like. As it turned out, these jobs came as much from friendly local Estherians than from the Human military.

Colourblind, her pack bear, has a black and white fur. As a result, it strongly evokes a giant panda.

A non-nonsense, hard-working contractor out to prove herself. She doesn’t really have plans beyond that. Combined with her job, that leads her to drifting in dangerous areas in search of contracts.

”Cannonball” Rae likes to help. For her, money is more a necessity than a motivation.

Bishop drinks too much in her downtime, to help with the pain in her hands since there’s nothing else available.

Bonuses and Limitations:
Everything is Always On and Already Factored In.

Source of Character: Inspired by a common character build in the video game Torchlight II. 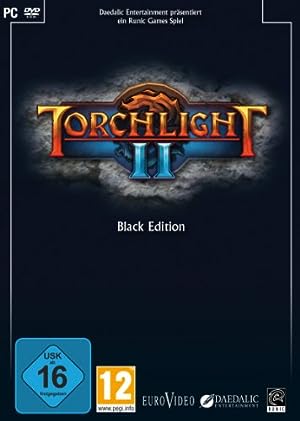 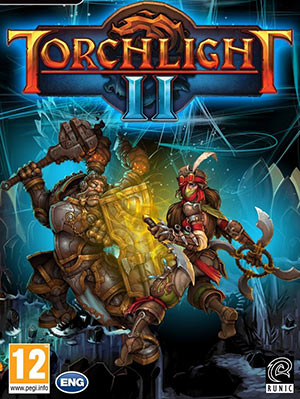 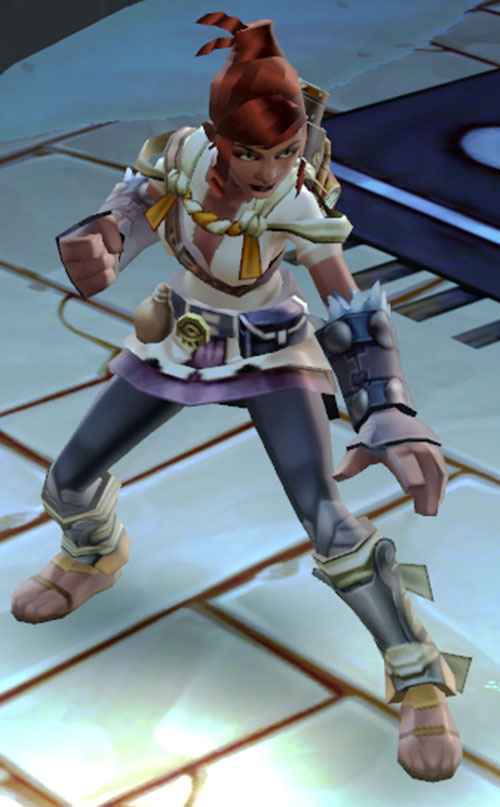 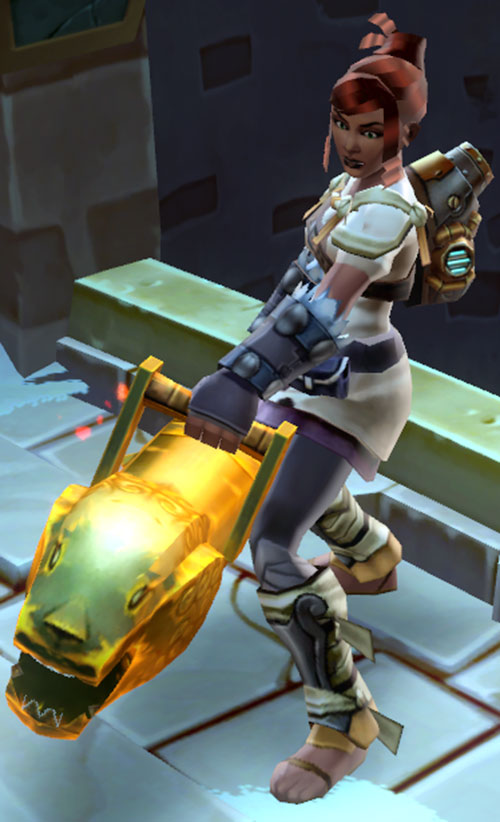