Big Jim toys were a line of 10-inch action figures sold during the 1970s and 1980s. So yeah, it’s probably only interesting if you’re a bloke in the US or Western Europe who was born in the early 1970s.

Beyond vague nostalgia, we have profiles for some of those since they’re often vintage action/adventure archetypes. The toy lines was clinging to whatever was popular with little boys.

Obviously, a lot of the material in the P.A.C.K. writeups is speculative. The primary sources  are limited.

Torpedo has an artificial fist mounted on a powerful telescoping shaft. Yes, just like Boris the devious chauffeur. How odd. It can punch through a log, though I’m not sure how long it takes to re-arm it.

He also has a fairly improbable array of skills. I assume he was some sort of Naval commando that got transferred to Navy Intelligence after he lost his left hand to a shark, and an eye in unrevealed circumstances.

Torpedo barged into Big Jim’s hideout. He had just learned that Big Jim had been mandated by the “International Crime Fighting Commission” to search the world and put together a crack team of “expert crime killers”.

He demanded to be part of that team. After he showed how he could punch through a log, Torpedo was recruited on the spot. Because Big Jim, he doesn’t fool around with red tape, no siree Bob.

The P.A.C.K. fought the machinations of exceptional crime lords such as Zorak (a Mole Man clone) from about 1975 to the early 1980s.

Most of the promotional comic can be viewed at the leading site of 1970s camp and acquired taste – plaidstallions.com .

All P.A.C.K. agent have a wolf’s head tattoo on the back of one hand. They also wear special boots that leave wolf tracks in soft ground. Why ? I don’t know.

Hard to say. He seemed to be something of a womaniser because, errrr, it’s something guys in striped sailor shirts do. Maybe. I guess ?

“They might dig as much as they can… then dynamite at strategic points… that would sink it !”

“The jaws of a shark took off my arm… but the replacement is dynamite !”

The PACK makes up a fairly good late 1970s/early 1980s action force, if your campaign needs one. They could easily be incorporated in the history of Marvel’s S.H.I.E.L.D. (Nick Fury’s outfit) or DC’s CBI (King Faraday’s agency).

Or succeed the Village People, depending on what you think is most appropriate.

Connections:
Big Jim (Low) – and when you got Big Jim you don’t need any other connection, man. Though he also might have Sailors (Low). 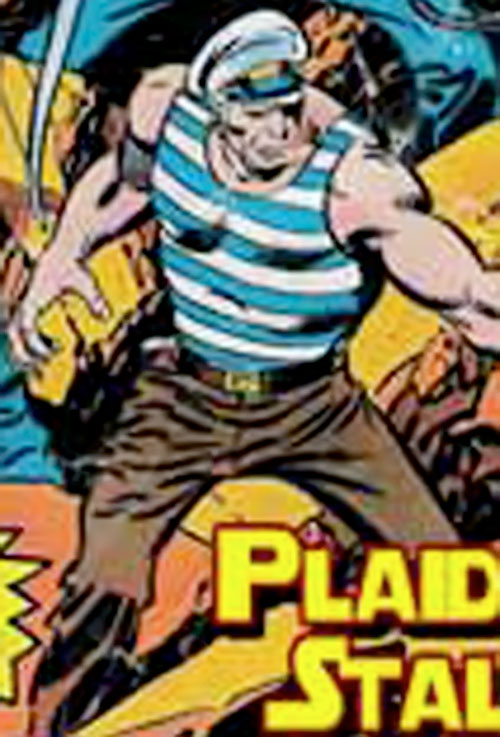 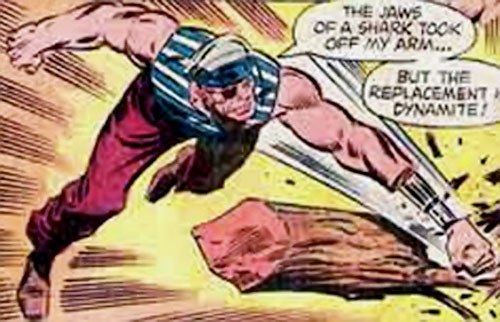 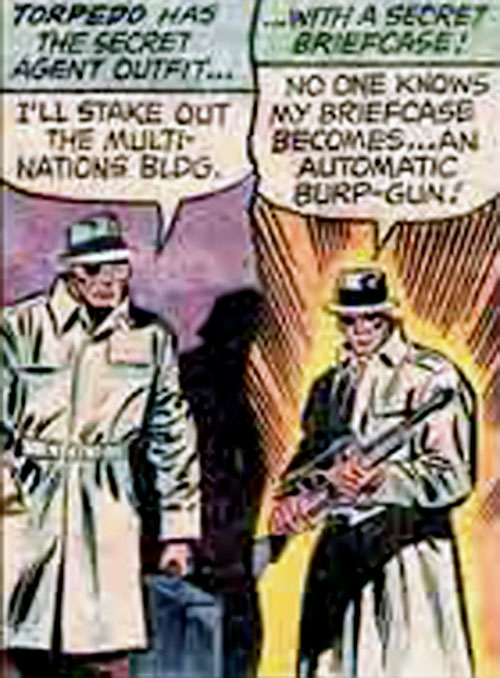