J.L. Torrente is a protagonist of a series of trashy, dark Spanish comedy movies. The first such movie was released in 1998.

Torrente was once a policeman and is now a private detective and small time crook. Despite his uselessness as a decent human being he retains some of the knowledge all his experience has given him.

He’s particularly good at dodging fists and bullets. And at driving cars in dangerous moments (such as chasing somebody with a better car).

On a very few occasions (most likely by the end of an adventure when everything is about to be lost and he is forced to be the reluctant hero because the real heroes are down), Torrente has been dramatically shown as capable to perform astounding, belief-defying leaps.

During those final bouts he tends to empty all his ammo against the enemy, while (in DC Heroes RPG terms) heavily spending Hero Points  on RV and Last Ditch Defense.

Despite having been expelled from the police force, Torrente kept acting as a cop in downtown Madrid. He also maintained a small network of crooks of the lowest kind – drunkards, drug-addicts and weird freaks. Some of these “trained” with him. But it was more a matter of him taking their money out as “payment” for nonsensical or even non-existent teaching than anything else.

Suddenly he became involved in something bigger, as his sideckick fell in love with a Chinese girl in trouble with the triads. Despite having everything (even himself) against him, Torrente finally saved the couple and defeated this Asian mafia.

Torrente spent the reward in Marbella for some months. He lived as a member of the jet-set, then lost it all on a bad casino night.

He remained in the coastal city. Expanding what had been one of his sources of income in Madrid, opened a new detective office and academy. This time he had the help of a drug-addicted, good for nothing, wanna-be agent.

Although he was unaware of it for most of the adventure, he crossed the path of evil crimelord mastermind Spinelli, who held Marbella as a hostage with the help of two missiles. Torrente foiled his plans, deliberately pointing the missiles toward the Gibraltar Rock and destroying it.

As a reward (likely for saving Marbella, not destroying the Rock) he was returned to the Spanish Police Force. At first he was a patrol officer tasked with fining illicit parking. But he was soon made the leader of a task force. This only happened after the best choice Giannina Ricci had been assassinated by a rogue faction of police commanders under the industrial barons’s control.

The mission was to protect the life of an attractive euro-deputy. The representative had been critical about countries and companies that don’t follow the Kyoto Protocol.

Against all odds, Torrente saved the girl. He even exposed most of the corruption plot with the help of Solis, a honest (if a bit too intense) young police agent. Torrente was even asqsisted by God himself : that is, singer El Fary.

Fat, untidy, dirty detective with lust and greed shining through his eyes. Torrente sweats a lot and has always that greasy aura around him.

Torrente is the epitome of the worst definition of “being Spanish” :

And yet, something makes him believe he is on the right side of law or at least morality. To Torrente, all of the previous is part of “being good”. He sees his pathetic self as a servant of order, and is desperate to do his job well. A big assignment if possible, even if he isn’t really suited for anything beyond directing traffic.

Torrente’s thickness is partly modelled by his low interaction attributes and Socially Inept drawback. But it should be mandatory for a Player to interpret it with a certain regularity as to get the Roleplaying Standard Award for the session.

“A man’s gun is like his prick : not everybody can touch it.”

(A celestial vision of singer El Fary as God appears to him) “Fleeing with the money ? That’s not my Torrente… You are going back there, you will defeat that guy and you will save that girl… ‘cause you are Spanish !” (The vision convinces Torrente, but before disappearing notices that he has stolen his wallet)

Bonuses and Limitations:
Jumping is Seriously Marginal (-2) and horizontal, only (-1)

Flow of the Torrente

Shorty wanna be a thug

As a Misc. Advantage, Torrente can call upon the ’services’ of the dirtiest, poorest, most uneducated lowlives from his usual haunts. Those guys have abysmal stats and Skills – an even mix of 1s and 2s, though a 3 is not impossible – and are thoroughly devoid of courage or competence.

Despite being fat and in his 50s, Torrente doesn’t seem any slower to react than a normal person, thus he doesn’t qualify for the Age Drawback.

The same goes for Dependants : he won’t go to any dangerous length to save a hostage buddy or even his crippled father, beyond what the Authority Figure and *maybe* Debt Drawback would imply. 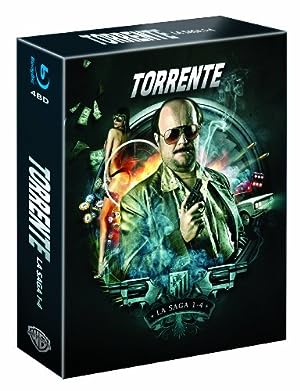 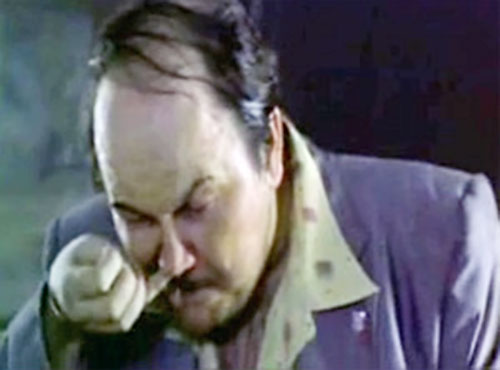 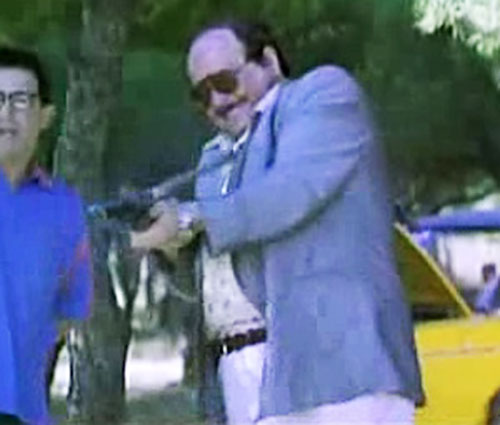 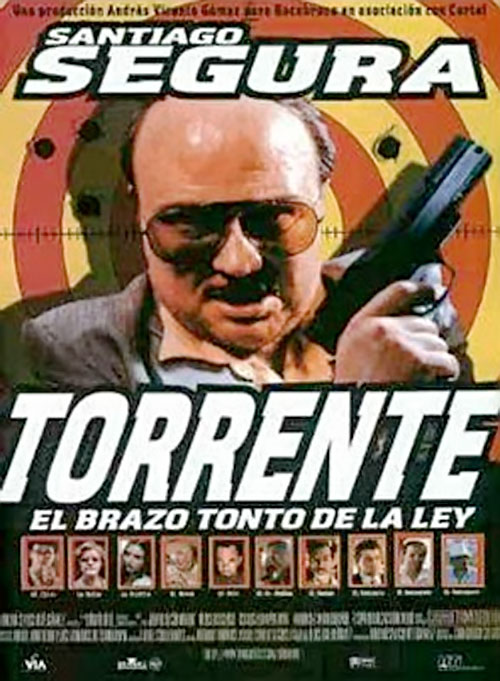 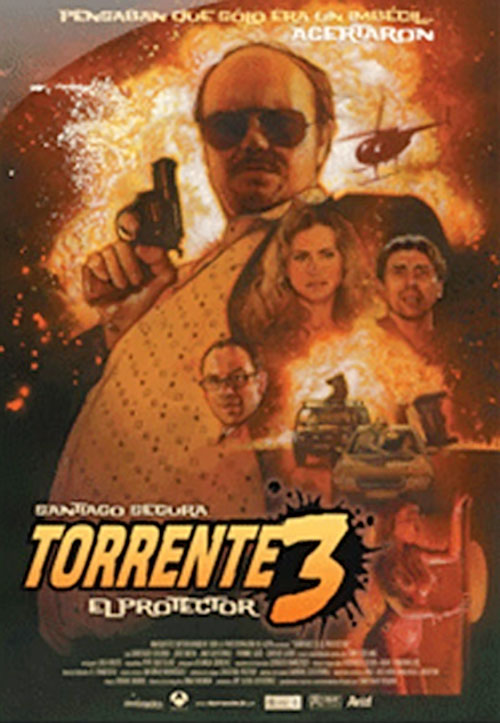