These notes are meant to be read after the Pteradon character profile. This is where the history of the Hybrid gets explained.

Before the Promethium infusion Lopez was in decent physical shape, and a passable sprinter.

As Touch-N-Go, she can sap the kinetic energy of other people by touching them, adding to her own strength and speed. In DC Heroes RPG terms, she he has demonstrated absorbing : 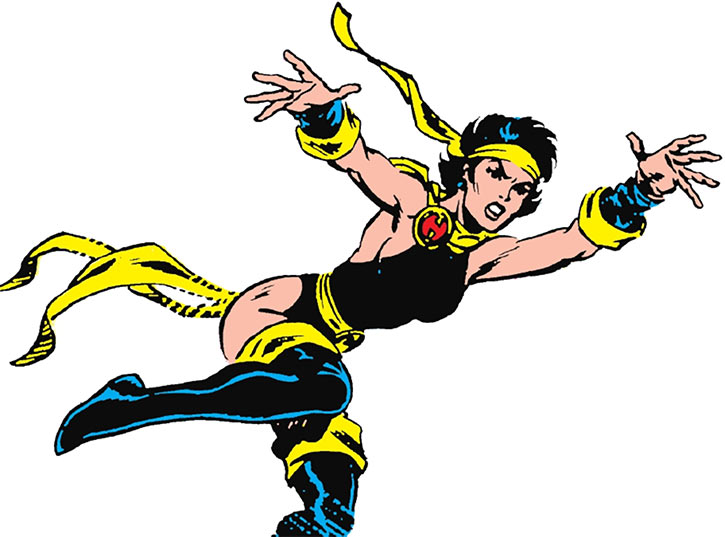 TNG does not particularly optimises the use of her power. She just loves being strong and very fast. As soon as she has a “charge” (one good roll against an athletic hero is often enough to satisfy her) she dukes it out. She’ll thus use strikes as often as her touch.

I have assumed physical enhancement from Promethium  infusion. She seemed much more proficient as TNG, even without having Drained anyone yet, than she did as plain little Amelinda. Even “uncharged”, she is fast and acrobatic.

TNG was briefly seen as part of the small army of female supervillains. It was assembled by Circe to take over New York City, and opposed by an equivalent force of superheroines led by Wonder Woman. During the clash she absorbed Jesse Quick’s Superspeed and was delighted by the experience.

Brash, irresponsible, self-centered, aggressive. She loves taking physical action, especially if she can duke it out with enhanced strength and speed. When she is thus boosted she is flippant, excited and likes taunting her opponents.

Lopez is too independent to want to serve anybody, including Mento. But she seemed to really enjoy being Touch-N-Go. Thus she seemed to adapt to her life as a super-powered agent very quickly, and not regret her old life despite Mento’s tyranny.

Secondary sources have noted she served Mento without coercion, perhaps because she liked her new abilities so much.

“That’s some fancy footwork you’re doin’, Nightwing ! But me, I like my dance partners to come in close ! Why so shy ? You’re not afraid of a little Touch-N-Go, are you ?”

She doesn’t have Age (Young) despite being a minor – she lives largely outside of mainstream society. 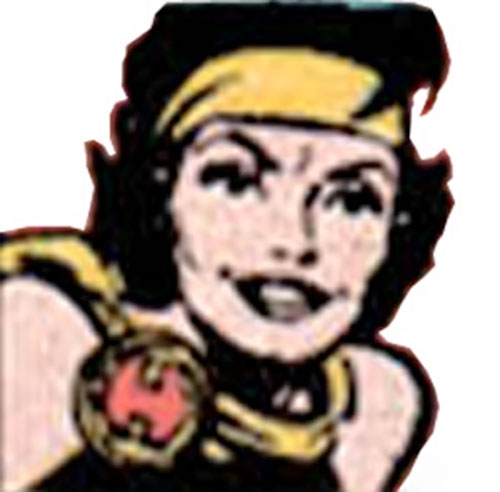 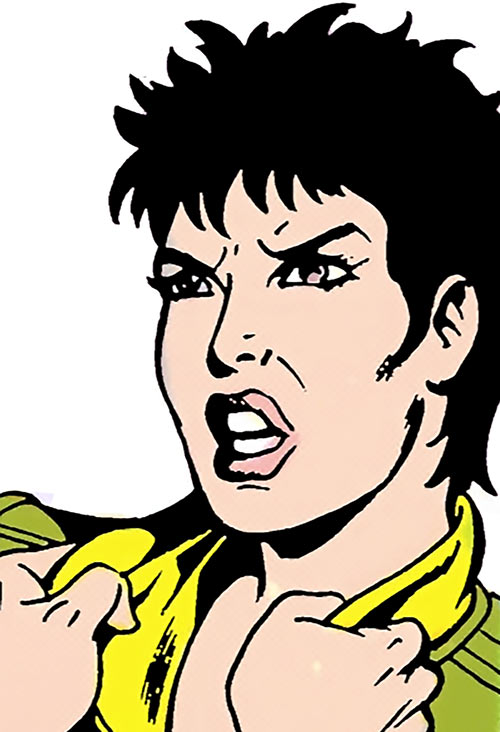