Tough Love is the mandatory big, strong guy on the team.

Tough Love is a genial, smiling, polite young man. He defines himself as an intellectual, and is interested in the arts.

He’s very confident in his abilities, and did not realize before facing Paladin that he was vulnerable to some energy and nervous system-scrambling attacks.

“Well, you’re quite lovely, do you know that ? It’s days like this that I hate my job. We’d start with a four-star meal. Then perhaps take in a show. Then I’d read you poetry under the moonlight. But, alas, life gets in the way. I’m afraid I’ll now have to punch you extremely hard in the face.” 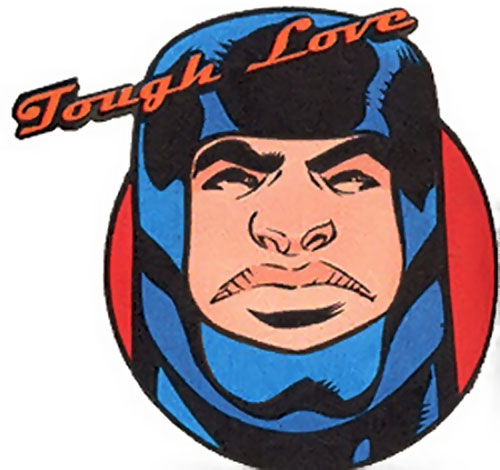