Tower is a minor X-people mercenary opponent. He appeared in 1986, and the bulk of his appearances took place then.

Tower can shrink to the size of a large insect.

Or he can grow to become more than 15’ (4.6m) tall, with attendant strength and durability.

His brawling technique seems adequate, and nobody ever comments about him being particularly fast. And yet. And yet he could consistently punch or soccer-kick difficult targets such as the Beast, a flying Angel, or an aircraft created by Whiz Kid and flying at high speeds.

Tower occasionally throws cars, to compensate for the uneven ranged firepower of the Alliance. But this is a relatively slow-moving and imprecise attack.

When he’s near his maximum height, Tower can stomp his foot to create a big shockwave.

But he does not seem to do this as part of the Alliance, even when it would have been useful. I suspect there have been incidents where his foot-stomping affected other Alliance members, and Frenzy forbade him to do it again. 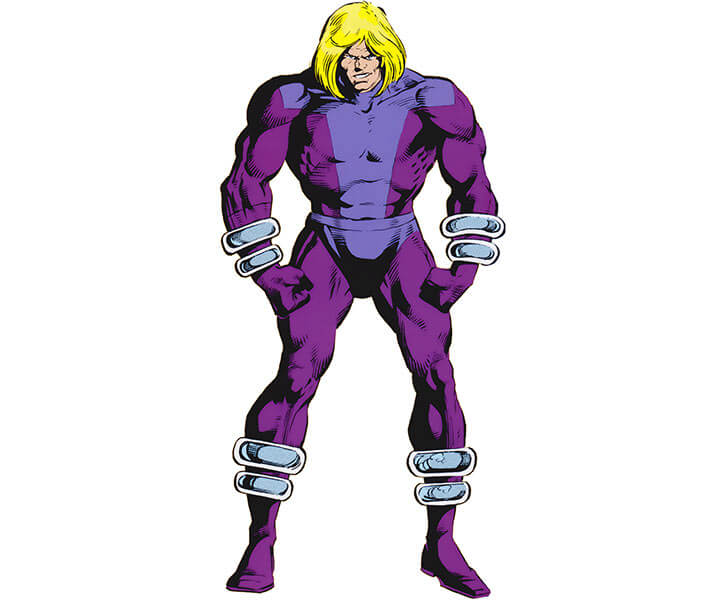 Tower is a mutant mercenary — a powerful thug-for-hire.

He made his first known appearance as a agent of Doctor Carl Maddicks. Maddicks retained him to capture his former research colleague, Henry McCoy aka the Beast.

However, after he brought his quarry in, Tower was promptly betrayed by his employer. Maddicks sicced X-Factor on him.

What Maddicks didn’t know was that X-Factor was a cover for McCoy’s mutant friends, who already were looking for Tower.

X-Factor engaged Mr. Pasternak as he was moving from his current safehouse. Although he fought fiercely, they soon took him out.

The wily Tower offered to make a deal with them. To prevent that, Carl Maddicks’ mutant son attempted to remotely mindlock him.

Tower then told X-Factor everything. Probably out of spite after the telepathic assault he had just endured. 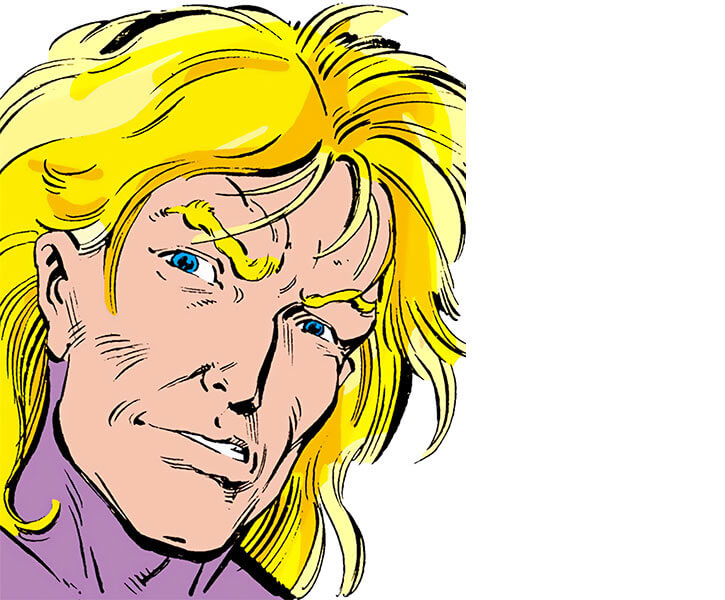 Shortly after those events, Tower joined the Alliance of Evil. This was a group of mutant thugs assembled by Apocalypse just before his first encounter with X-Factor.

The Alliance members received a power boost from mutant Michael Nowlan. But they soon discovered that this had strong addictive effects. And was thus keeping them in thrall to their master.

Tower was sent to press mutant Rusty Collins, then a guest of X-Factor, into the Alliance of Evil. Though he cased the site, Pasternak did not realize that X-Factor were the same mutants he had already fought, and were thus familiar with him. He only managed to flee by shrinking.

The Alliance’s field leader, Frenzy, scolded him and threw him into a dumpster. Then took charge of the operation and brought Collins in.

In 1988, Alliance members were affected by ambient demonic magic during the Inferno  . They rampaged through New York City to protest against the Mutant Registration Act.

They were eventually defeated by X-Factor and their students.

In 1991, the Alliance was hired by A.I.M.. They helped Harness (Erika Benson) power Piecemeal (Gilbert benson) up by swatting aside any opposition. During one such fight, Tower (now able to grow taller than ever before) stomped on Whiz Kid (Takeshi Matsuya), leaving the youth with multiple fractures.

The Alliance was later defeated by X-Force.

South of the border

Tower was next seen in an undisclosed Latin American country, in a village called San Miguel. He had been hired as superhuman muscle for some revolution.

But he hated the job and got stinking drunk in San Miguel’s bar, terrorising the locals. Ranting about how he hated his job, the inebriated Tower seemed about to rape the waitress.

That’s when he was murdered by the X-Cutioner (Carl Denti). The killer used some sort of incendiary weapon to burn Tower to a crisp before he could react.

Much later, a giant, dead, reanimated mutant was used by the Vanisher as security for his “designer gene” drug cartel.

Though some think it was the animated body of Tower, I’m not convinced.

In any case, the giant mutant zombie was incinerated by a huge energy blast from Chamber (Jonothon Starsmore).

In 2009, Tower was clearly identified as one of the techno-zombies serving the Black Queen (Selene).

She had been using necromancy to develop her own strain of techno-organic virus. 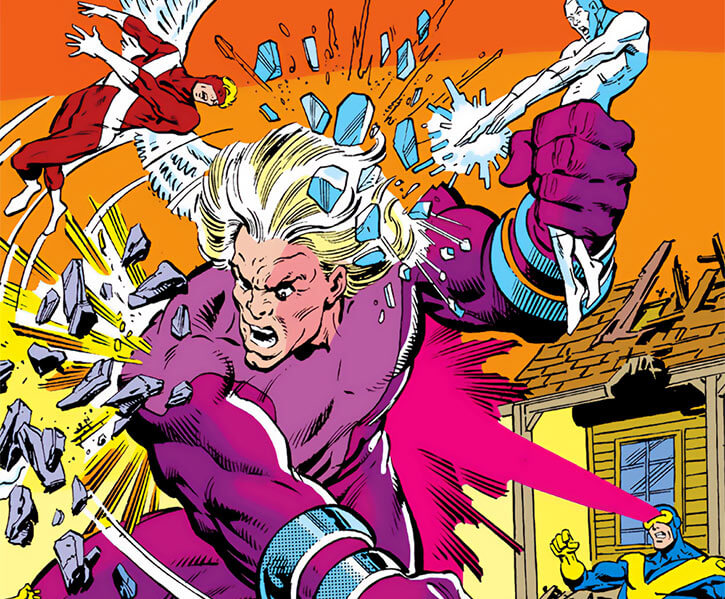 Tower is a hooligan. He’s brutal, rude, intellectually and socially limited. His fighting style is like his grammar — a Saturday Night bar fight thing.

He’s a bully. And has a endless list of stupid nicknames for everybody he comes across, rarely using the same twice in a row.

“I’ve looked for you a long time, furball ! Now get ready to be smashed by Tower !”

“OK wiseguy, you asked for it ! I’ll just use your overgrown popsicle against you and the girlie !”

(Intervening in front of a camera during a live TV broadcast) “Like Frenzy said ! We’re gonna teach the city what mutants can do. Especially mondo mad mutants ! Hi, mom !”

Tower’s costume is made of unstable molecules. And thus adapts to his size changes by itself.

When receiving a boost from Michael Nowlan’s power-enhancing mutant ability, Tower did not seem to increase his Growth.

Rather he boosted his STR by four APs beyond its normal level, and his BODY by one.

During his confrontation with X-Force, Tower was growing taller than ever before. Perhaps 40’ (12m).

That meant a Growth of about 12 instead of 08. Yet that proved useless since Shatterstar slashed his right tendons with his special sword, incapacitating Tower.

It is likely he still had that level of power when he died.

Detective (Legwork) is there for campaigns with rules about Unskilled Character Interaction.

He has an AV of 04 with thrown cars, and an EV equal to his current STR minus one. No formal function about that yet, just eyeballing.

When receiving a boost from Michael Nowlan, Tower had four more Ranks in Strength, and one more in Stamina.

During his X-Factor appearance, he had two more Ranks of Growth (or 4 if you use the uncapped scale).