All of Kiel’s powers are derived from his oversensitive nervous system. He can feel situations and sensations beyond the ranges of ordinary men.

His hearing is extremely acute, his taste and touch are superhuman and his sense of smell borders on the human limit. All of these senses combined have given him a sixth sense. It enables him to feel real dangers even though there are no apparent give-aways.

His senses are, unfortunately, so acute that most sensations are unpleasant for him. That includes the likes a slamming door or even the scratch of the fabric of the clothes he’s wearing. He has learned to live with the enhanced sensation and subconsciously uses it for his survival.

Paxton was an elite soldier even before WWIII, and is highly experienced. He’s an expert marksman and weapon master, a master of tactics, and a superb hand-to-hand combatant.

he’s also an expert at building weapons out of ordinary objects. With access to a small toolbox he can create mines, grenades, a pistol, etc.

Having travelled the state for many years after the wars, of course, also makes him a more than able driver. He’s also used his senses for becoming a stealthy, ninja-like warrior. He often uses shurikens or a crossbow to silence opponents.

Kiel Paxton was an elite soldier and military advisor in the US Army. He working on a covert mission in El Hiagura, in Latin America, when the third world war broke out.

The war was started by the American president Frayling and the United States of America. The rest of the world got blown to hell. Among many, Paxton’s team got attacked by an experimental nerve gas. It was supposed to kill its victims by sensory overload.

Paxton survived the experience, but it had permanently changed him. His senses now were on a permanent overload. Each and every sensation hurt him and he could nearly not survive. Slowly he could, however, get a grip of himself and come to terms with what he had now become. He had to minimize contacts with other humans since they created large amounts of sensations.

It’s a long way back

Eventually he returned to the States in an attempt to save his wife and son there. But he was too late.

Paxton took to the roads. He lived as a wanderer away from civilization, only calling himself “the Traveller”. He performed great and legendary deeds and was later joined by his former friends Link, Hill and Orwell. These were part of the old military team, and had also survived the gas.

Paxton encountered the officer that had betrayed his team in El Hiagura several times, as well as the old ex-president Frayling, as mortal enemies. He survived extreme situations and his reputation steadily grew.

Paxton, Hill and Orwell basically got the USA up running again under a new president 16 years after the war. Although ex-president Frayling attempted a takeover of the power leading the remains of the old US Army it failed (The Road Ghost).

The Traveller is a slenderly built, but muscular man. He usually wears some sort of military uniform or leather clothes and a headband.

He carries around a crossbow, a knife, shurikens and a firearm at all times and always is cautious, nearly paranoid.

The Traveller is a tired and bitter man. He rarely laughs, and when he does it is out of a sense of irony. He’s extremely durable mentally and physically. He’s very rarely at ease (and he actually has no choice with his senses overly active), except when with his old buddies.

The Traveller hates to see children in pain and will immediately rectify the situation if possible. He tries to be and is a good guy, but won’t hesitate even for one moment to kill a hundred men if he considers them evil.

Opponents are having a very hard time getting at him in any way since he simply screens it away. He doesn’t speak very much and when he does it is words straight to the point. The Traveller is mentally tough enough to close off any sensations of pain he might ordinarily have. It might take a while before he realizes he’s been hurt.

He’s a real survivor and as long as he can keep his senses at least partially in check he’ll definitely survive.

The only possibility of insertion is to place him in a post-Apocalyptic DC world. There is the world of Kamandi and the Dead Earth world. He could probably be placed within these genres by removing some of the ’grit‘ of the character making him somewhat lighter.

He, of course, fits perfectly in a non-standard post-Apocalyptic campaign world of your own design as is.

Bonuses and Limitations:
Analytical Smell includes taste ; All powers are always on.

By Peter S Piispanen a.k.a. The Angel and Andrew Lee.

Source of Character: The Traveller Books by D.B. Drumm. 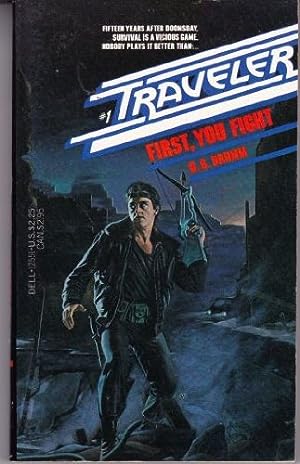 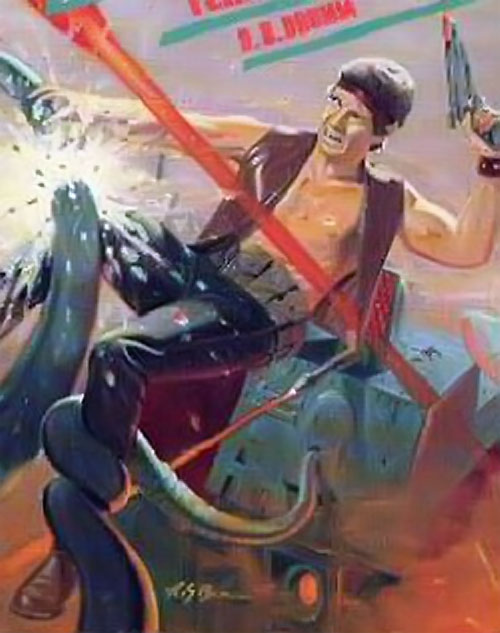 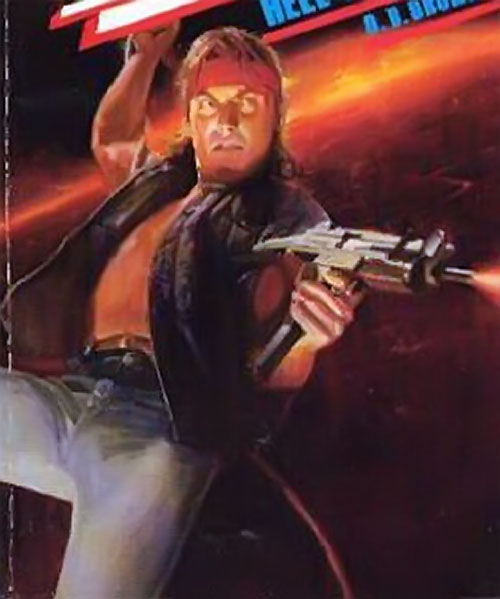 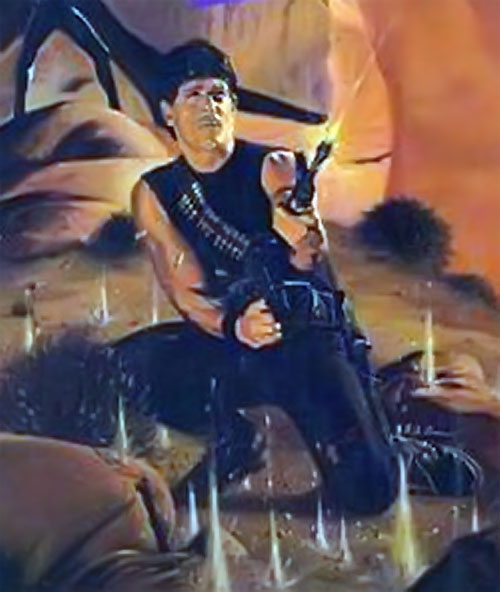 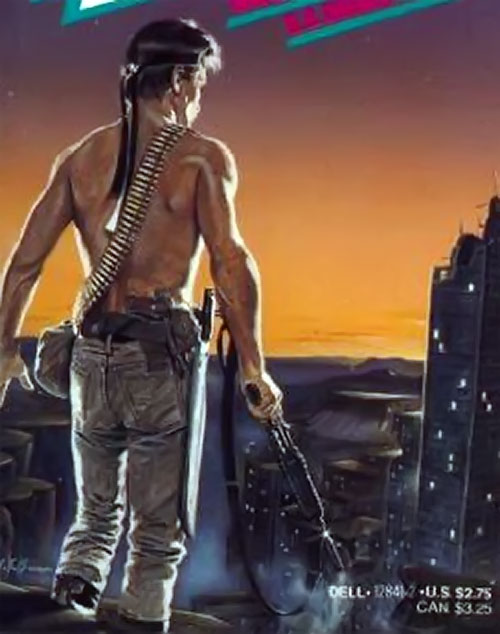