Trax is a good athlete and fighter with psychic tracking abilities. He can track down anybody he ever made contact with, like a human bloodhound, over hundreds of miles. This tracking sense also works at shorter range, for instance to sense that somebody whose signature he knows is standing behind him.

Trax can also sense the psychic emanations of violence at distances up to a mile. It is possible that he has further psychic or perceptive abilities, but if so he didn’t have the time and inclination to discover them.

Judd Shepard always wanted to be a cop, a spy or somesuch.

Unlike most Theta infectees, his abilities developed slowly over years during his youth.

Shepard’s nascent ability to sense violence and his interest in police work often led him to hover around crime scenes. As a teenager he was arrested a few times by cops who were growing suspicious about his recurrent presence.

It was presumably around age 18 that his Theta infection went critical and he was saved by Dr. Deming. One imagines that it didn’t take much prompting to convince him to join a team of would-be superheroes – namely, the Exiles.

Trax died in the destruction of Stronghold.

Boorish, immature, sexist macho young man who thought that he was an action hero.

According to the writer’s notes this was a defensive posture since he was wary about expressing his emotions.

“Everybody – evacuate the area !” 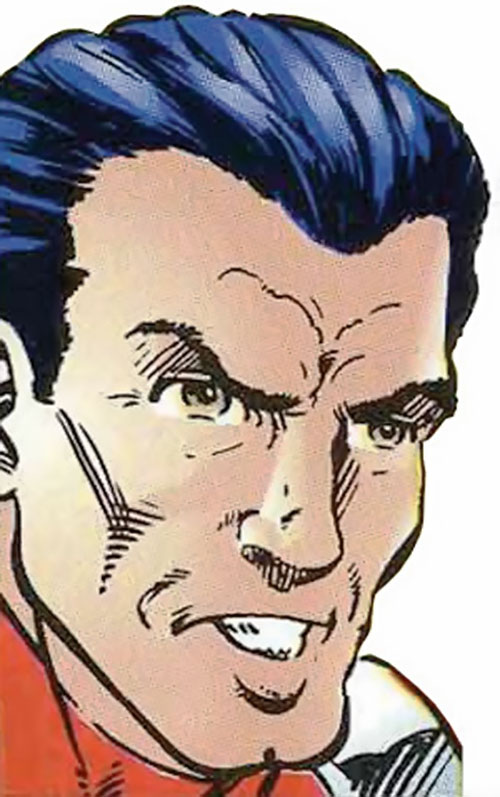 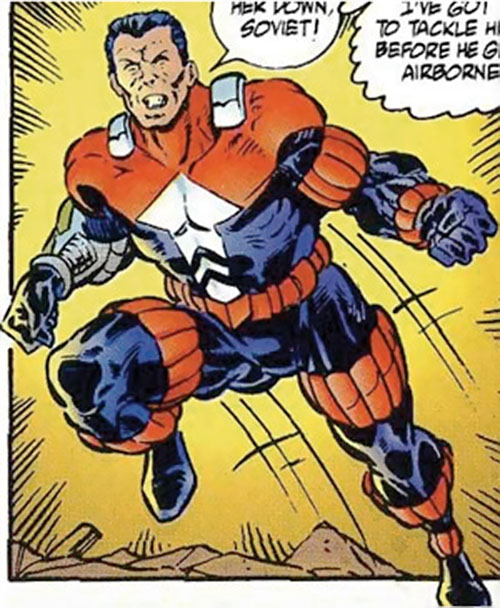