Evil and sees everything !

Tri-Klops is an evil, beefy, barbarian-type. He appeared on the 1983-1984 He-man and the Masters of the Universe cartoon.

As his name implies, he has three eyes on his cybernetic rotating visor.

For context, we suggest that you first read our primer to the Masters of the Universe cartoon setting.

A muscular individual with a bit of super-strength (“Class 5”) and durability.

Tri-klops is a good pilot. When in an aerial fight, he says he can dodge any attack he sees. This seemed to be true as He-man couldn’t shoot him down.

Tri-klops’ visor has three eyes. One is triangular while the other two are round. Each has its own function:

Tri-klops is best employed as a lookout or guard. 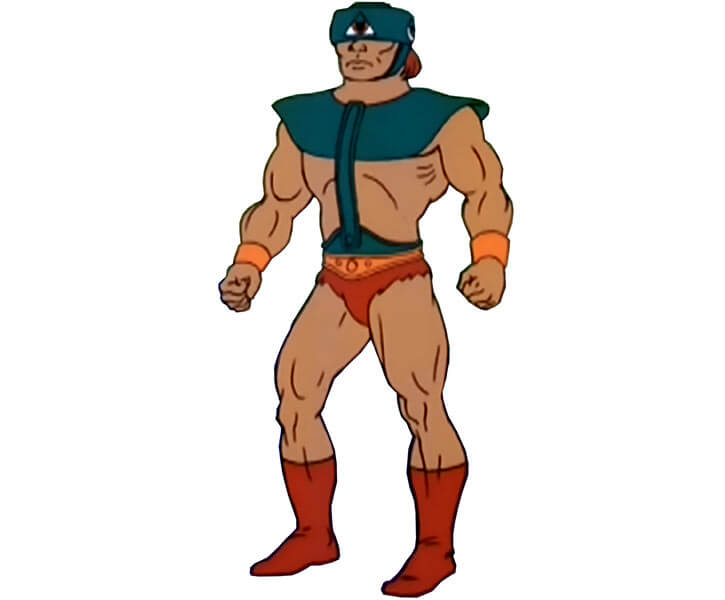 Tri-klops was one of Skeletor’s first warriors gathered from the Universe.

He aids Skeletor in his conquest of Castle Grayskull and the forces of good.

“Ordeal in the Darklands”

With Skeletor away, Evil-Lyn wants her chance to conquer Eternia. She enlists Tri-klops to kidnap the wizard, Kor’s daughter. They’ll blame He-man. Tri-klops imprisons her at Snake Mountain.

Meanwhile, Teela has been heading to the Darklands. She wants to test her skills for a few days in the forest. Everyone asked her not to go, so of course, she went.

Teela and Orko learn about the kidnapping. They attempt to sneak into Snake Mountain to rescue Kor’s daughter. They find Tri-klops asleep in the throne room and try to slip past him.

He stirs awake. ”I see you!”. Orko creates a pot out of thin air and drops it over Tri-klops’ head so they can escape.

When he catches up with Teela and Orko, Tri-klops tries to recapture Kor’s daughter by collapsing a bridge with his eye blast. But the heroes swing across the collapsing bridge and escape.

The eyes have it…

Tri-klops really is a background character. There isn’t an episode that displays him at his best; or anything about his past or character.

Tri-klops has grappled with He-man and She-Ra but was always bested. His best showing was when he grabbed He-man from behind and held him for a couple of seconds (episode “The Diamond Ray of Disappearance”.). 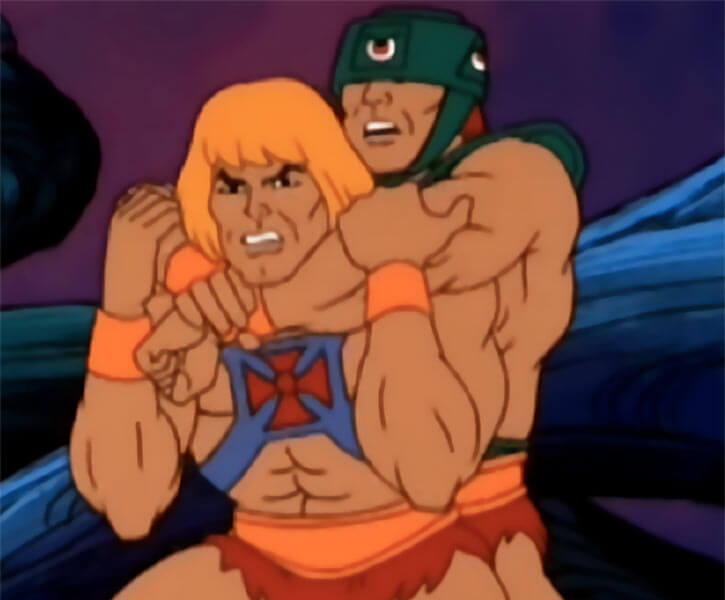 His most notable feature is his helmeted rotating visor for which he is named.

I always liked his look.

Tri-klops is smart enough to know when to stay quiet and out of Skeletor’s way.

Though he questions those in control, he doesn’t mind playing the part of henchman. Tri-klops is content to let others come up with plans.

Among his peers, Tri-klops doesn’t rock the boat. Everyone gets along with him.

On his own, he is still active. When first seen he’s clearing away stones to find some kind of device. It’s never revealed what it was or why he wanted it. 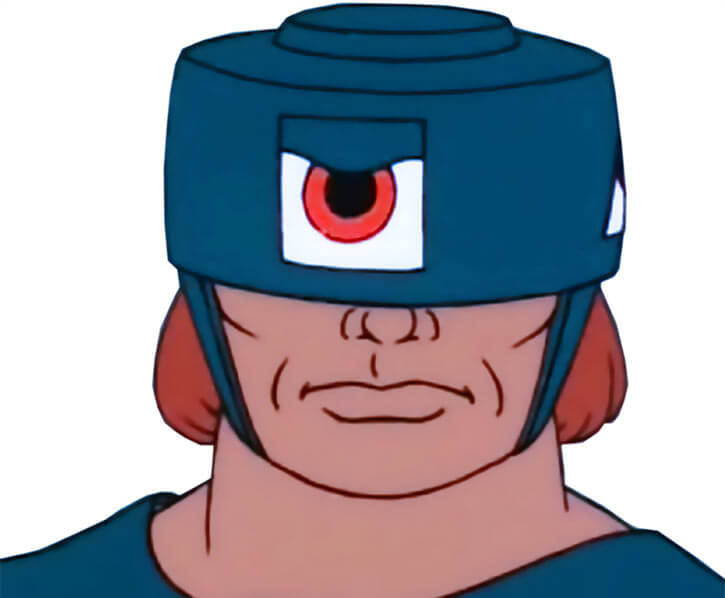 Skeletor: “Tri-Klops. Master of vision. I will need your Gamma-vision which can see around solid objects.”

“Fire away He-man ! I see every move long before you make it. Hahaha.”

“After all this trouble, Skeletor’s plan had better work.”

Evil-Lyn: “You’re right, He-man would stop me; unless someone stopped him first.”
Tri-klops: “Don’t look at me.”

“You can’t sneak up on me. I can see anywhere.” 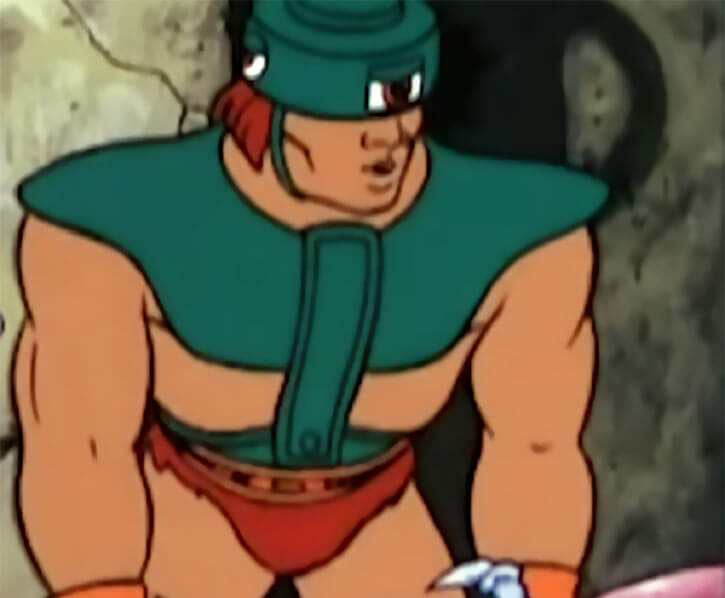 Being a low-level tank , Tri-klops is handy muscle for an evil mastermind.

His gimmick is reminiscent of Teen Titans foe Trinity.

A 321 points Character (Without equipment).

Evasion (Aerial Only) may only be used as OV vs incoming attacks Tri-klops can see (-2 FC).

TRI-KLOPS VISOR [Body 07, Enhanced Initiative: 03, Full Vision: 03, Mental Blast: 06, Remote Sensing: 03, Telescopic Vision: 10, R#0, Cost: 139, Bonuses & Limitations: Enhanced Initiative is Contingent Upon Full Vision and only effects the first round of combat (-1 FC)].
Though Tri-Klop can switch between the three different eyes with but a thought, any outside force may also cause his circlet of eyes to rotate. Orko demonstrated this by spinning the visor freely, blinding him.

Tri-klops carried a paralyzer ray while on guard duty alongside Beast-Man. (Episode “Eye of the Beholder”). These can be found in the Snake Mountain writeup.

Tri-klops’ Visor has a chin-strap. It makes me wonder if he can take it off. Of course, he never does in the series, even while sleeping.

Source of Character: The 1983/1984 animated series He-Man and the Masters of the Universe, Voiced by Lou Scheimer.