Triage is an artificial being, created by Maitresse.

He appears to be a huge suit of armour, and has immense strength and resistance to damage. He is difficult to destroy completely, and quickly recovers from damage.

If able to make physical contact with a target, he is able to duplicate their powers. He seems to have permanently copied Cascade’s teleportation abilities.

He is also able to quickly brainwash targets into willing slaves, and imbue them with powers.

Of her entire world, the pregnant Maîtresse alone survived an attack by the Rapture’s hive mind. They imprisoned her on her world, but she repopulated it with artificial beings, who changed at her whim.

When her daughter Rhian grew up, she developed the ability to move between dimensions , allowing her to escape the prison. Tired of what she saw as her mother’s tyranny, and not want to risk freeing her on other worlds, Rhian fled. She gathered the Sovereign Seven around her, and took the name Cascade.

Angered at this betrayal, Maîtresse used the essence of her chancellor, Morgrin, to create Triage. Then she imbued him with a measure of her power, and sent him on a journey through the prison which she could not survive.

Cascade first met him in a hallucinatory encounter where he appeared to have killed her friends, and which left her unsure that they had actually met.

Triage travelled dimensions battling the Rapture, and searching for Cascade.

He arrived on Rampart’s homeworld at the same time the Sovereign Seven were there searching for missing teenagers from Earth. During his battle with the world’s Rapture-enslaved army, he detected in their commander, Colonel DeNoel, something worthy. Triage transformed him into Siege.

Together they attacked the Seven, who escaped. They then travelled to Cruiser’s homeworld, where Triage recruited Cruiser’s former fiancée, Alyxandra Cobourg, whom he changed into Snapshot.

They eventually tracked down the world the Seven were living in, and picked of their members one at a time. Eventually only Cascade, who had left the team, was left free, so they lay in wait for her return.

But Cascade had made friends on her journeys. Superman, then wielding electrical powers, accompanied her on her return. With his help Triage, Snapshot and Siege were defeated.

When Triage was teleporting them away, taking Network to become his new slave, Superman used his powers in a way that had previously disrupted Cascade’s. Triage, Snapshot and Siege disappeared in the resulting explosion. Their current whereabouts and situation are unknown.

Created to be absolutely loyal to Maîtresse, Triage has no doubts about his mission, and acts with complete confidence.

He destroys any trace of the Rapture when he finds it, but occasionally sees in one of its victims something worth saving, and changes them to serve him.

“No pain, no gain, princess. To win a prize such as you, it’s my pleasure to inflict the maximum possible agony.”

Triage: “You have courage.”
Colonel DeNoel: “I defy you !”
Triage: “Not for long. You suit my purpose. Alone among this rabble, you are worthy of transcendence.”

“I am Triage. It is my task to take the measure of my adversaries and cull from their number those that are not worthy. None but the best deserve the glory of serving Maîtresse !” 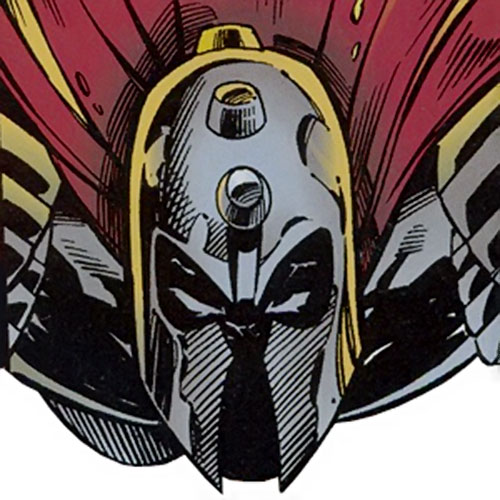 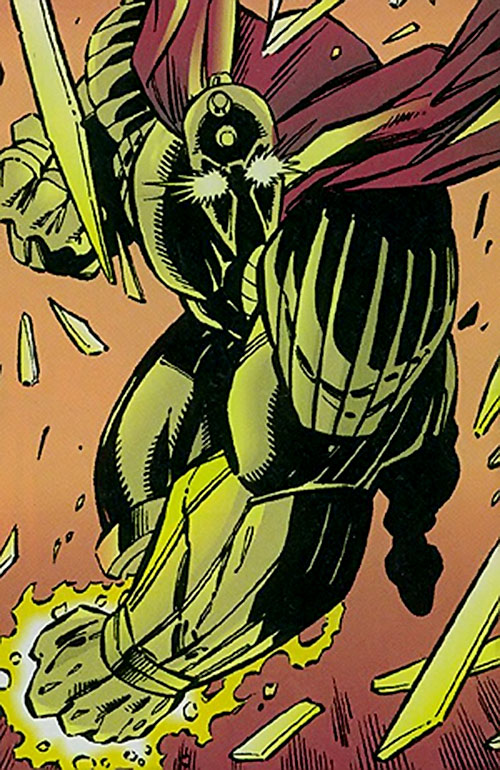