Trinity is a defensive support warframe. She manipulates energy fields to stun and drain opponents whilst hardening the shielding of her fire team.

Deploying a Trinity-class frame isn’t a common occurrence. On most operations, it is better to stack on firepower to eliminate the enemy ASAP. But when even a Tenno fire team cannot overwhelm the opposition through superior firepower, a Trinity greatly augments their staying power.

A Trinity frame can also provide invaluable offensive support. This is done by supplying her team with energy drained and redirected from the enemy. With this abundant power, the commando team with Trinity can keep using their most powerful offensive abilities without running dry.

This too is outside normal parameters for special forces tactics. But it allows a Tenno commando to succeed against much denser enemy forces that would otherwise swarm them.

This mostly works when Trinity is partnered with big-firepower fighters, such as Mesa frames, Ember frames, Revenant frames… 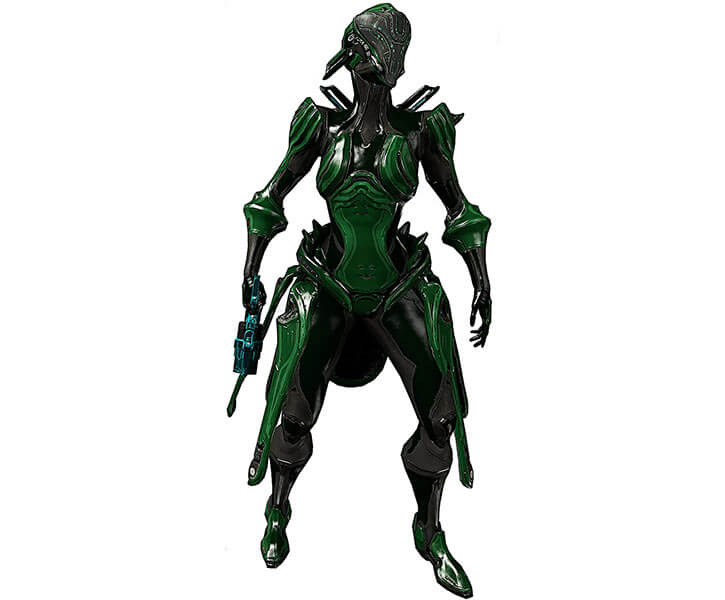 Trinity is a light frame, not a brawler. There’s little armour by warframe standards, to have room for her energy manipulation systems.

(This is a simplified and massaged version, which gets simplified further in the TTRPG stats. Warframe toolkits are full of synergies and minor effects and whatnot. I’m also merging her 1 with her 2 and 4, since her 1 seems to see very little use).

Trinity’s faceplate has scrolling characters displayed on it. This *can* evoke a visual effect from The Matrix. And her name *might* thus be a reference to the movie’s Trinity. Possibly.

A signature part of her silhouette is her bustle. Which is a kind of crinoline – hoops under a skirt or dress that shape it into a stylised silhouette. Bustles (or tournures in French) exaggerate the volume of one’s derrière.

As part of Warframe’ odd aesthetics, Trinity’s bustle seem made of organic plates, a bit like a lobster. 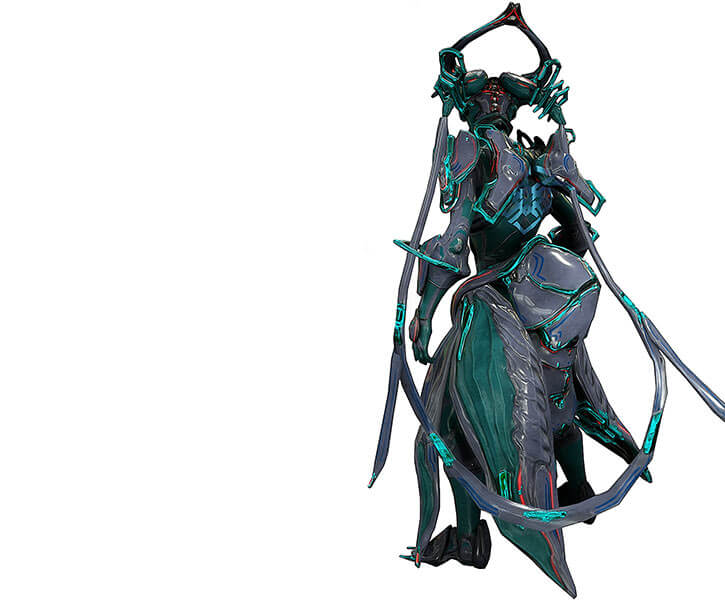 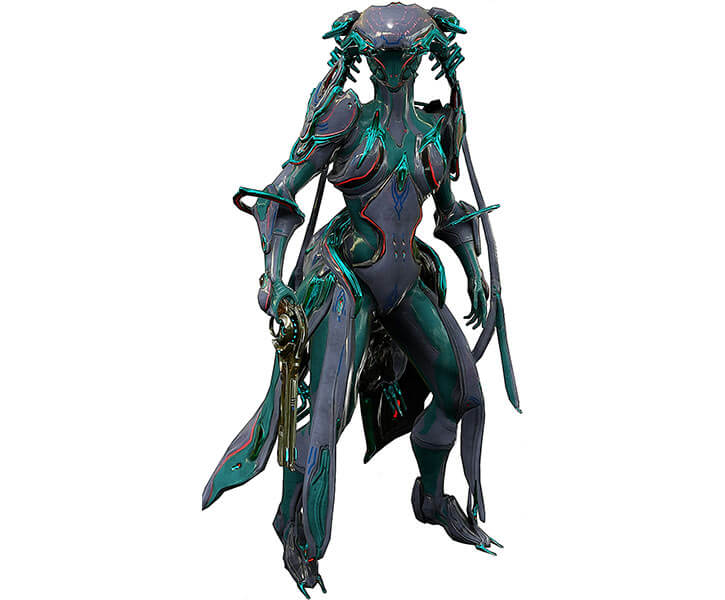 When it comes to the Force Field range, I assume that Trinity is running the Vazarin focus school.

Trinity could have Power Drain. I opted against it because the effect is short and preventing power use is seldom telling. So Flash is good enough at modelling what happens.

The Cheerleadership Advantage approximates Energy Vampire – and Trinity not taking a lot of Actions in combat because she’s busy cycling her 2, 3 and 4. If your game makes ample use of Hero Points, it’s not a bad approximation (especially since Trinity’s healing means that HPs can be focused on offense).