Our fantasy wrestling profiles capitalize on the similarities between pro wrestling, comic books and role-playing games.

Having well surpassed the abilities of a typical human, Triple H also possesses an innate knowledge of his surroundings. Hunter must be extremely distracted to be blind-sided.

He sometimes carries a large hammer, which is in fact Mjolnir, the Hammer of Thor. He rarely uses the Hammer. His conceit in his own innate ability is too great to rely on a simple weapon.

Triple H grew up in wealth, but he wanted to prove his own greatness. Traveling the world under the names Jean-Paul Levesque and Terra Ryzing, he pushed his body to extremes unknown by common man. He developed a limited ability to control the pull of gravity on opponents, which he developed in to the Pedigree.

In Norway, he discovered a warhammer which granted him weather controlling abilities.

He returned to Federation and retook control of the newly renamed HHH Enterprises. Meanwhile, he actively took to the streets, apparently fighting crime. In reality, he and his colleague the Heartbreak Kid tore apart Federation’s underworld only to take control of it for their selves.

HBK abandoned Triple H, but Hunter quickly formed a team of allies to help him. Calling this group D-Generation X (also the name of his and HBK’s partnership), he cemented his hold on the city. Teaming with WorldCorp, Hunter eventually married Vince McMahon’s daughter, Stephanie.

Triple H masterminded the attack on Stone Cold which removed him as a threat to the organization. All seemed to be going well, but the routine assassination of a young woman brought Triple H in direct confrontation with The Rock. The Rock led Undertaker, Kane, Chris Jericho, and Chyna against Word Corp and D-X, crippling HHH Enterprises in the process.

Triple H managed to escape charges through legal maneuvering. Then he apparently turned over a new leaf, assisting the police against Dean Malenko’s crime syndicate and the investigation of Stone Cold’s attacker. But he soon revealed himself to be the mastermind behind the attempted murders of both Stone Cold and the Rock.

The partnership came to an abrupt end when Stone Cold accidentally struck Triple H with the Hammer of Thor, breaking over half of Hunter’s bones. Triple H hasn’t been seen since, but with the defection of both Stone Cold and Stephanie to the invasion force, he may very well return to threaten Federation soon.

Triple H is conceited and full of himself. Fortunately, he has both the brains and the brawn to back it up. Hunter likes to play mind games with his opponents, constantly one upping the threats he throws at them.

“You said it yourself, Austin. Don’t trust anybody.”

Triple H is a rare commodity in a DCU game : an intellectual villain who can back up his mental abilities with sheer power and wealth. He’d make an excellent arch-enemy in any mid-level campaign, perhaps pitting D-X against the JLA or Titans.

Bonuses and Limitations:
Gravity Increase can only be used in a Trick Shot called the Pedigree, which allows Triple H to combine his Str and Gravity Increase to determine his OV. 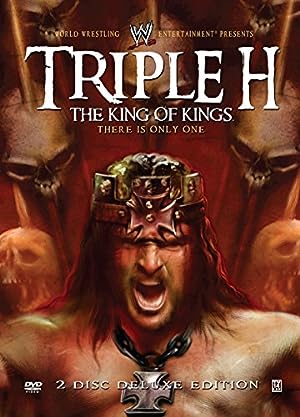 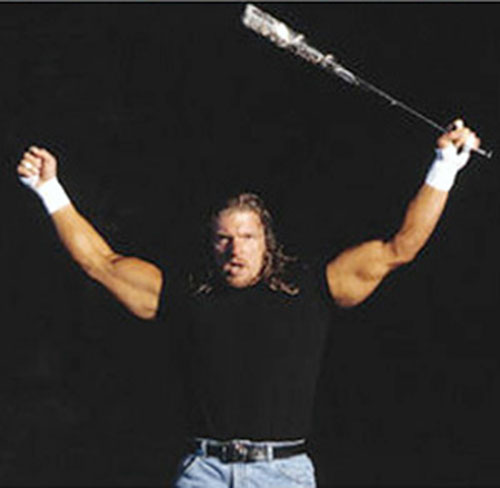 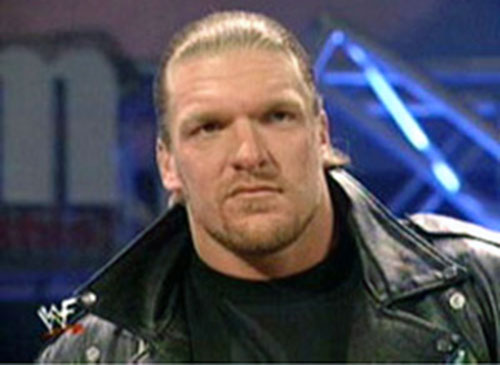