Under the effect of the serum, Red Star, White Star and Blue Star have super-agility, super-strength (greater than Wonder Woman’s), super-durability, super-charisma and are generally super-hunks.

Without it, they’re just creepy stalkers.

No, wait. They are creepy stalkers with the serum, too.

Oh well. It’s another super-obscure source for superhuman powers you may want to bring back to your campaign’s DCU in a fit of perversion.

The inseparable Star triplets, like any Kanigher-written man, wanted to marry Wonder Woman. With their scrawny frame and weird looks (not to mention creepy fixations and quasi-hive-mind), their chances of success were abysmal.

But they had an ace in their sleeve ! A serum that could make them super, and thus able to make Wonder Woman swoon !

As the serum-empowered sauna covered them in steam, they emerged as super-hunks of awesome power. Wearing colourful costumes (ugh) and calling themselves Red Star, White Star and Blue Star, they set off to prevent various crimes and catastrophes before WW could.

Each, in turn, swept that hussy Diana off her feet with their virile manliness of he-dudosity. But each time she backed off to get time to think and cool off.

This belongs to a museum !

Through coincidence, that was back when Wonder Woman was powerless every year during the 18th of June. I bet you guys didn’t know she once had that vulnerability. Well, except for Sean. And Vinnie. And John. And Chris. Gah, I give up.

So, unknowingly, the Star triplets kept saving the powerless Wonder Woman. They didn’t know that would have met a dire fate trying to prevent the bad stuff happening around Capital City.

However, before they could finish wowing WW, the Star triplets lost their powers. Diana dropped them like last week’s fish.

The Star outfits are white bodysuits with stars of the appropriate colour sewn in, one on the chest and back, and smaller down the limbs.

Then there are absolutely hideous olive green trunks and boots.

It’s a Kanigher story. What do you think ?

Joey : “We may look like we’re leftovers from a Halloween party now !”
Jackie : “But we’ve got a secret formula that’s going to change us !”
Johnny : “When Wonder Woman sees us – she won’t be able to resist us !”

Star triplets (all three have the same stats)

Advantages:
None, though they briefly had an Alter-Ego.

This serum was sold to the Star triplets by a “hungry scientist”. It had to be used in sauna water, infusing the subjects with super-powers lasting for an unknown amount of time. The triplets hoped it would be forever, but it actually was for mere hours.

While under the influence of the serum, the Star triplets each had the following stats : 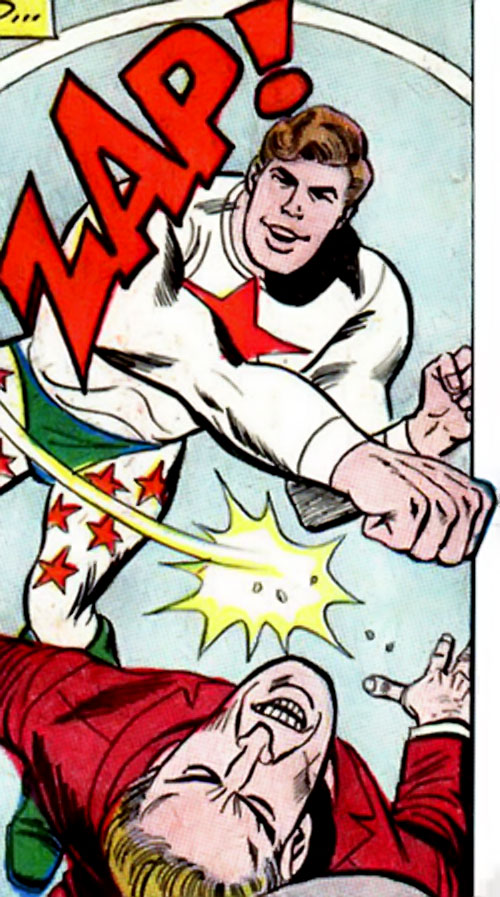 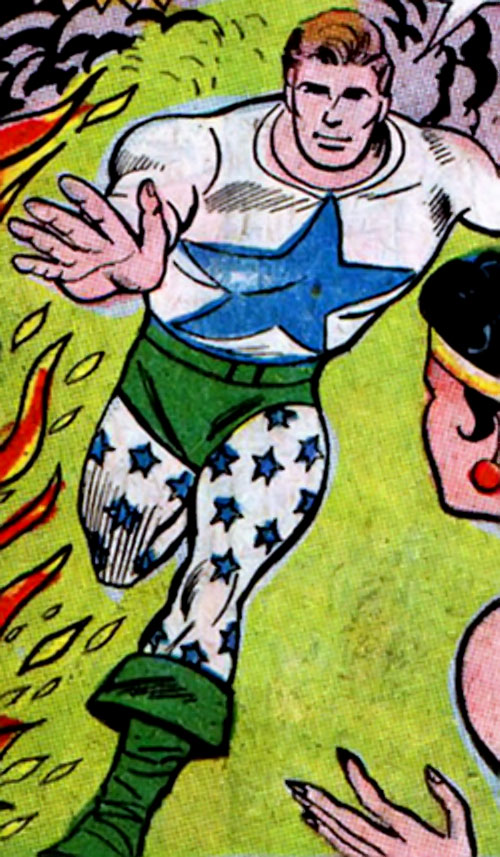 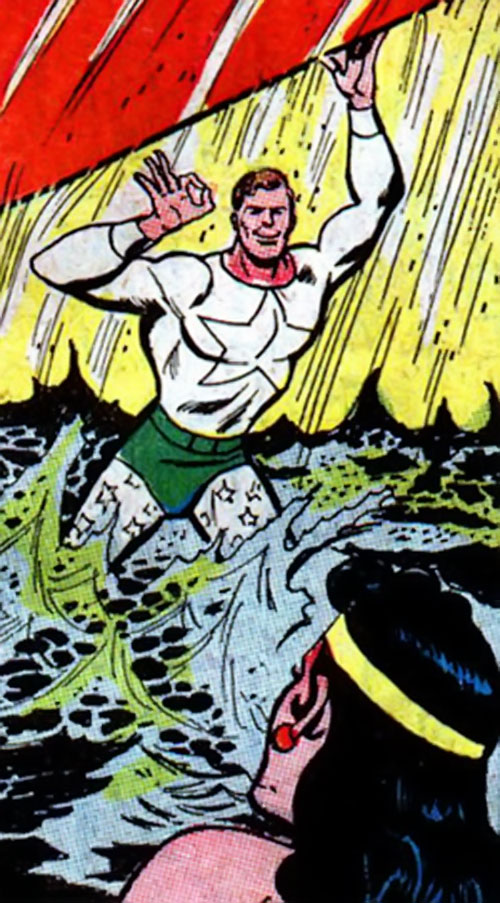