This super-nobodies appeared just once, in a 2007 Catwoman issue. But they seemed useful as powered jobbers  you can randomly drop into a story without breaking stride.

They are not explicitly named Black, Red and White in the story. But these are obvious names to give them, and Catwoman refers to them that way.

The Triple Threat members seem to have been artificially enhanced.

They seem to have all the usual fighting training, bodybuilding background, etc. associated with costumed operatives.

An ambitious trio of super-powered criminals, Triple Threat approached the Calculator to get advice. They wanted to know how to graduate to the big leagues.

They explained that they had spent their life savings for black market genetic upgrades. Now they were looking for somebody to put in a good word about them with some supervillains. 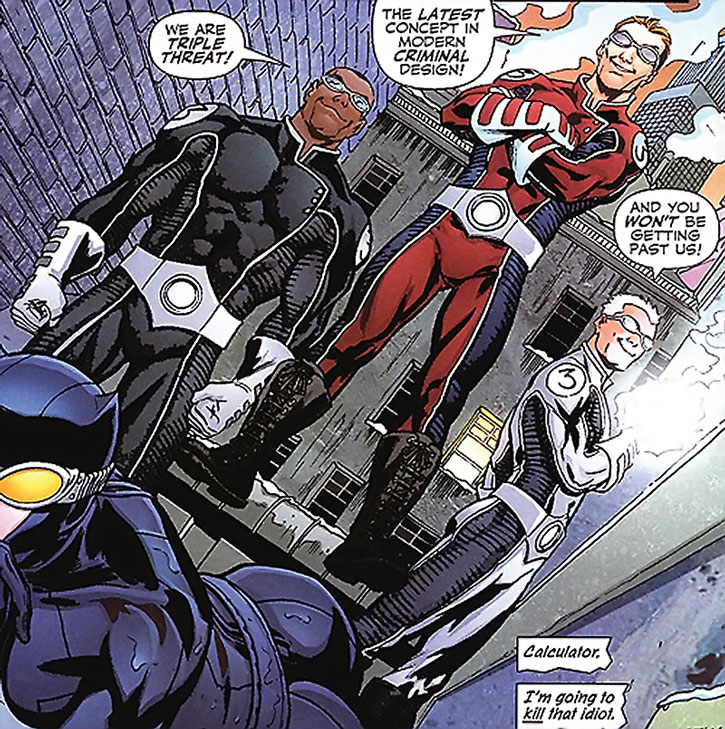 Amused, the Calculator told them that he would do something for them if they could stop the lone, non-powered woman who was coming to visit him. With a smirk, the Triple Threat guys confidently agreed. Unfortunately for them the person in question was Catwoman (Selina Kyle).

Since her appointment with the Calculator was urgent, Catwoman could not afford to go gentle on the three imbeciles.

Triple Threat has not been seen since. 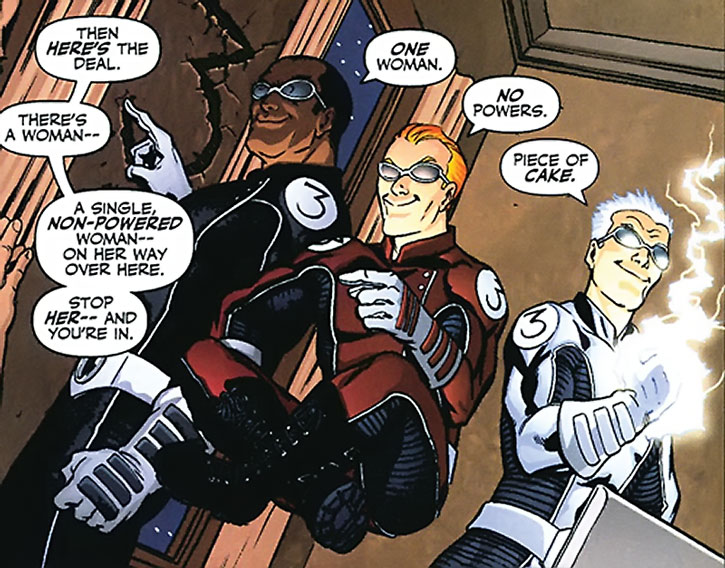 Overconfident, smug criminals. They seem to have a good education and come from a somewhat affluent background.

Since they considered themselves to be a “new concept”, they may have a marketing or business background.

“Black” likes to etch a “3” tag in walls using his finger and his super-strength. And “Red” is almost always floating in the air.

Black: “We are Triple Threat !”
Red: “The latest concept in modern criminal design !”
White: “And you won’t be getting past us !”

All members of Triple Threat share the stats above, but they also each have a specific ability:

The Skills are undemonstrated, generic and hypothetical.

Red could still use his Flight as OV whilst holding Catwoman, but this is how it usually works in comics. 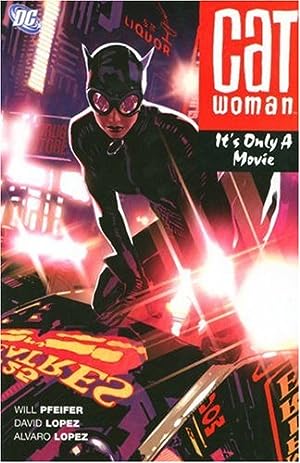 Catwoman: It’s Only a Movie