Each costume has its own gimmick.

The main advantage of the Triumvirate operatives is that the Mad Thinker will have provided them with a script for their fight.

Since the Thinker can predict the future to a fraction of a second, his men will know exactly what to do and can perfectly counter any attack or trick. As long as the Thinker’s predictions aren’t derailed by the “human x-factor”.

For instance when Hammerhead faced Hawkeye (Clint Barton), he knew at which point Hawkeye would shoot what exact type of vibrating arrow at him and along which trajectory. That allowed him to block the projectile with a plank of thick wood that would absorb the vibrations.

Likewise, Thunderboot knew exactly when to stomp to send Quicksilver flying and where he would land. And Pile-Driver knew when and how to break an I-beam to send a steel cable flying that would hit the Wasp.

In 1967, the Mad Thinker attacked the Avengers to pillage the Stark technology in their mansion. He waited until Captain America (Steve Rogers), by far the most experienced member, was busy elsewhere. 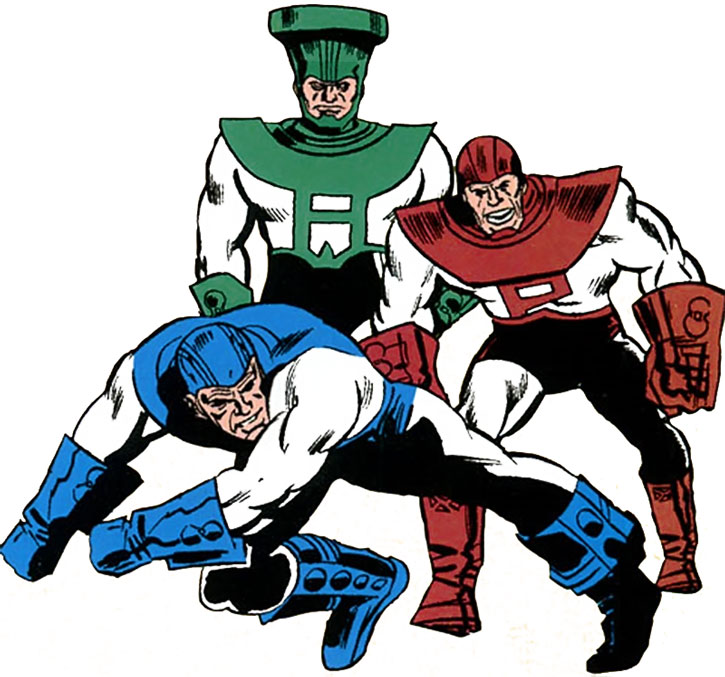 He recruited three bruisers, equipped them with light power armour  and trained them. In typical Thinker fashion, he told them what to do exactly with a tasks list timed to the second.

However, Hercules (Herakles) then walked into the mansion. Flabbergasted since his near-infallible computer models did not account for demi-gods coming to Earth, the Thinker could only order his three henchmen to attack. But Hercules and the Avengers soon prevailed.

The Thinker slipped away, but the Triumvirate was arrested and never seen again.

The Triumvirate members were, as thugs go, competent and dedicated. They could reliably follow the very precise scripts of the Thinker (which isn’t easy, especially in combat). When deprived of a script they were loyal and took initiatives.

In all three operations, the Triumvirate member had a moment where they seemed on the ropes. But it was just a trick to land a blindside attack and wrap up.

“Guess again, Hawkeye ! My armoured head-plate can take anything you can dish out ! And, by the way, the time is now precisely 8:41 !”

Advantages
Area Knowledge (an unspecified area of New York City), Familiarity (Street culture). One gets the impression that Hammerhead has a Familiarity with carpentry, Pile-Driver with construction, and Thunderbolts with athletics.

Equipment:
The three suits are :

In game terms, the combat script provided by the Thinker give the Triumvirate members :

All these assets disappear when the situation goes off the rails. 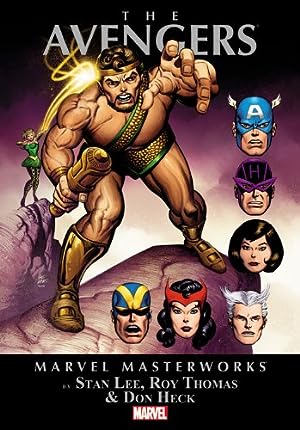 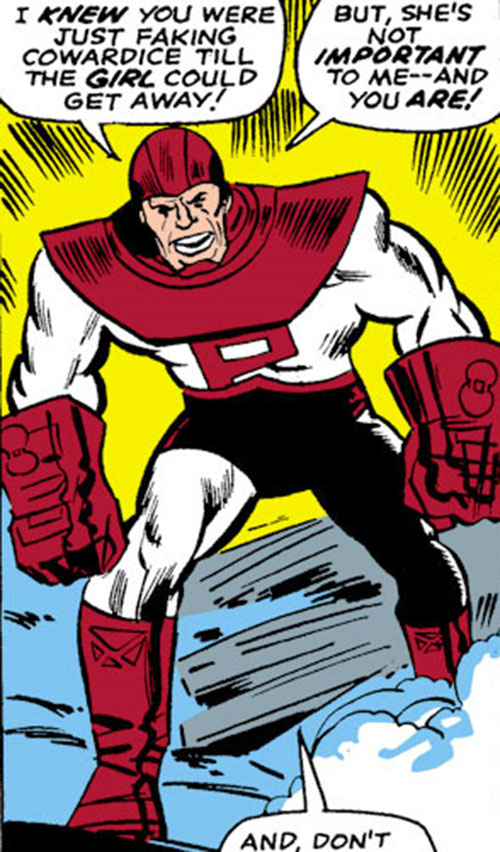 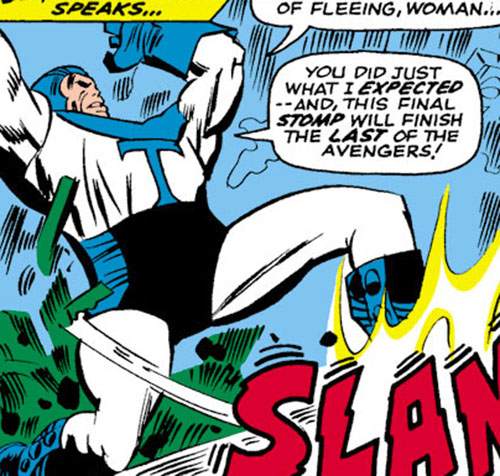