An obscure Marvel oddity to entertain our contributor Chris while he’s at the hospital.

She made a fleeting appearance in a 1970 Thor issue, and that’s it.

But by our admittedly distinctive standards, it’d be fun if she made a small comeback in a RPG adventure.

The Troll Female Mercenary (TFM) seemed to be a competent and experienced fighter.

She wielded a medieval mace with unusually large flanges. On her other arm she has a big, crude, extra-thick wooden shield.

The TFM seemed to be about as strong as a young Sif. So, “Class 20” or thereabout. And she was skilled enough to fight her for a while. But she wasn’t as fast, proficient or enduring as the raven-haired daughter of Asgard.

Her eyes were completely black. Thus, one suspects that she can see in the dark. Daylight didn’t bother her.

In 1970, one of Loki’s innumerable coup attempts succeeded. Thus, he was the ruler of Asgard for a few hours. 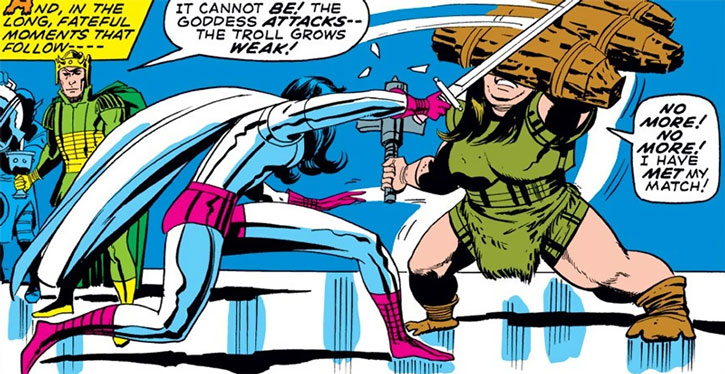 With Odin asleep and Thor and the Warriors Three away, the Lady Sif was one of the precious few who resisted. Doubly so when Loki said that he wanted her to become his Queen.

To punish her, Loki ordered a duel to the death against a female troll mercenary. He hoped to force Sif to surrender to him.

What the TFM was doing there is unrevealed. Presumably she was a merc working for Loki. Or perhaps she was a prisoner in Asgard, and Loki had her freed and given captured troll weapons.

Though the TFM was confident, Sif got the upper hand. The TFM had to concede the fight. However, a furious Loki ordered the troll to fight to the death lest he magically destroy her.

At that point Thor, Balder and the Warriors Three barged in to confront Loki. Thor told the TFM to just leave.

The TFM wasn’t seen since. Or maybe she was in a troll crowd scene, who knows.

The TFM appears to be a professional fighter. She is confident in her strength. But she isn’t foolhardy either and knows when it’s time to give up.

How much time she spends on Internet discussion groups is unrevealed.

Bonuses and Limitations:
Density Increase is Always On and Already Factored In. 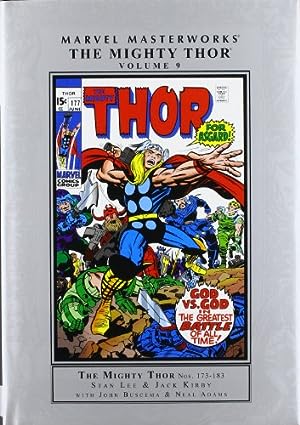 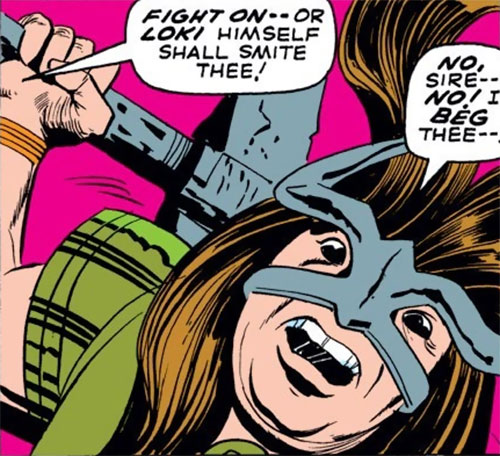