Tron is tough, strong, and determined.

He is the best video games player (read: gladiator) in the Encom System, bar none. He is capable of feats in the video game arena that make others look like idiots. Such as having his throwing disc weapon halt in mid-flight to fake out a guard.

As such, Tron also has a far greater store of Hero Points  than anyone else on the game grid, with the possible exception of Flynn and Sark.

Once upon a time there was the System. The EnCom system was the biggest, most powerful system there was. Its users created programs and technology for virtually everyone that needed such things. Among the users was a young programmer named Kevin Flynn, who designed the hottest video games around. He was set to make EnCom a fortune.

(TRON was released before the great video games crash of the early 1980s. So the industry back then was seen as all-conquering — Ed.)

Except that his files were stolen by one Dillinger. He was another programmer, not so hot, not so imaginative, but quite sneaky. Dillinger turned in Flynn’s work as his own, made a fortune for the company and himself, and wound up Vice President of Development.

Flynn then got canned for hacking the EnCom system, looking for evidence of Dillinger’s theft.

Flynn bought a video game parlor with his severance pay (apparently). He continued hacking at night, breaking into the system at intervals to find the missing evidence.

Meanwhile, back at EnCom, a minor chess program, written originally by Dillinger, somehow gained sentience. It began sucking up other program’s functions to add to its own power.

The Master Control Program eventually came to oversee all of Encom’s functions and security. It was never directly stated, but it seems that Dillinger’s meteoritic rise was engineered by the MCP.

The MCP warned Dillinger that Flynn was still hacking the system. Therefore, all access was shut down to users on that level of security. This included Flynn’s ex-girlfriend, Laura, and her new boyfriend, Alan Bradley.

Laura was working with Dr. Gibbs on a project to digitize and transport matter. She and Alan went to Dillinger to discuss why access was closed. When Dillinger told them it was for security purposes, Laura immediately realized that it was Flynn’s tampering, and went with Alan to warn him.

Flynn filled his friends in about Dillinger’s treachery. They agreed to help him hack the system to find the evidence, getting him in the building. Alan offered to get his Tron project, a System monitor project, on the System to help find the files.

Laura used her clearance to sneak them all into the building. She set Flynn at her terminal in the digitization lab to do his work while Alan went to his own station and activated Tron.

The MCP, aware of the invasion, and unwilling to leave Flynn to do any more damage, used the digitizing laser to scan Flynn. This seemingly killed the hacker, but actually programmed him into the System.

The MCP sent him to Security Commander Sark, his right hand man and enforcer. Flynn was sentenced to be a gladiator in video games until his death.

On the grid, Flynn, a User in program form, met up with Tron and Ram (an insurance actuarial program). Together they broke loose from the game grid, intending to get to the MCP and shut it down.

Tron insisted they had to visit the IO tower first so he could receive instructions from Alan One, his User, who would help them. But they were pursued from the grid by tanks and blown off the road.

Tron was separated from Flynn and Ram, who was seriously wounded. Tron went to find Yuri, his girlfriend, and found her aboard Sark’s flagship. He and the freed Yuri went to the IO tower.

Meanwhile Flynn, using powers that no program could understand, commandeered a Recognizer Robot and went looking for Tron. Ram died on the way of his injuries, recognizing Flynn for what he was just before he died.

Flynn caught up with Tron and Yuri at the IO tower. There, Tron had communicated with Alan One and received new code on his identity disk. Flynn seized one of the security force and absorbed his red aura, disguising himself. Thus, when Tron, Yuri and the tower Guardian Dumont were captured, Flynn could sneak onto Sark’s flagship.

Tron and Yuri commandeered a lightsail ship to travel to the domain of the MCP. As they were about to leave, the tower Guardian Dumont was captured by Sark’s security forces and they tried to board the lightsail. Tron defeated the boarders and took off. Flynn snuck onto the lightsail during the fight and rejoined Tron and Yuri.

Next, Sark tried destabilizing the line the lightsail was riding. Flynn used his unique abilities to transfer the lightsail to an alternate line, to the astonishment of Tron and Yuri.

That plan having failed, Sark managed to intercept the lightsail with his flagship. Flynn and Yuri were again captured, and Tron was believed killed. Tron had fallen off of the ship, but had managed to find a handhold on the flagship’s hull.

Sark’s flagship continued on to the MCP with its cargo of Guardian programs like Dumont. Sark shuttled them down to the MCP in order to convert them to MCP’s slaves as with the other programs. Then he started to shut down his flagship.

Tron caught a ride with the shuttle and engaged Sark in personal combat outside the MCP. As this was going on Sark’s flagship was being derezzed with Yuri and Flynn still on it. But Flynn managed to salvage the flagship’s command module with his own energies. He and Yuri escaped.

Tron defeated Sark, blasting his disk right through the top of Sark’s head. He then infiltrated the fortress of the MCP. He tried to fling his disk with the disabling program into the MCP, but couldn’t get past the shields.

Flynn, watching the scene from above in the flagship’s command module with Yuri, took the opportunity to jump into the MCP from above. Flynn froze the shields of the MCP long enough for Tron to input his disk. The MCP was destroyed.

With the MCP’s death, all of his energy was released, restoring light and vitality to the Encom System world. Flynn was able to reconstitute himself in the real world and got the evidence against Dillinger that he needed.

With the MCP dead, Dillinger disgraced, and Flynn vindicated, Flynn became head of Encom with Alan and Laura as his partners.

The most-excellent Daft Punk soundtrack for one of the sequels. This specific fan-made clip shows greatly updated version of the world within the System, echoing the first video in this entry.

Tron is a cyber-knight in electric blue partial armor and helmet covered with glowing circuit patterns.

Oddly, all programs seem to be identical to their User, appearance-wise.

Grit and determination. Tron is the ultimate “Get-the-Job-Done” hero. He is grim and seemingly emotionless, a warrior through and through, except when he’s around Yuri. Then he is protective of her and loving. He is loyal to friends, such as Flynn and Ram.

He doesn’t really seem to enjoy his prowess at games, merely doing what is necessary to win. Think Clint Eastwood with an ID disc and you’ve got it. Tron seemed a little unimaginative in the film, preferring to allow Flynn to call the shots until they were separated. Then he took initiative and made his own plans.

Tron is a cop with an obsession… Considering the religious fervor with which programs treat their Users, you can say that he’s on a Mission From God….

The Cyberspace Universe is so separated form any other Universe that it can be transferred whole cloth for an adventure. Though it makes a better game if it *is* the Universe setting. I’d very much like to see Superman shoved into such a setting.

The opposite also works: a villain or accident spewing the System occupants into the real world. Considering how “high tech” the hero world has gone, this means that the JLA (for example) not only has to work with Tron to stop the more dangerous programs, but also means they have to contend with computer failure, lacking as they will be in software.

And that’s not good when you’re sitting on the Moon, trying to monitor the Earth.

A 557 Point Character (Not including Gadgets)

Connections:
Alan One (his User in the “real world”) (High).

Equipment:
Identity Disc [BODY 14, EV: 10, Gliding: 02, Omni-Power: 08. Bonus: Disc always returns to the thrower. Limitation: Omni-Power can only be used if “Activated” by a User at an I/O tower.]
The Identity Disc is both the primary weapon and the shield of the video game gladiator. It contains all the information that is required to define a program.
It can be overwritten by a user at an I.O. tower to include other abilities and powers such as the Power Reserve which Tron seems to use against the MCP (Reflected as Omni-Power).

Lightcycle [BODY 05 STR 03, Running: 09 Gravity Immunity: 08. Bonus: Grav Immunity represents that you can take 90 degrees turns on a dime at 200 mph or so and not worry about it; the Lightcycle can be “de-rezzed” and stored as a wandlike object comprising the handlebars]

The Lightcycle is both a method of high-speed transport in the system and a weapon on the games grid. In the gladiatorial arena, the Lightcycle creates a photon trail with which to hem in other Lightcycles, forcing them to crash and destroy their opponent. On the game Grid the Lightcycles operate as follows:

Killing Combat: Yes, Almost exclusively.
Hero Points: Unlimited Use, but most PC’s will have relatively few in comparison to standard Supers play, limiting what they can do, and necessitating some strategy in their use.
Pushing: Limited to 2 RAP’s.
Recovery: Every 24 hours.
Other: E. Chrs are not penalized for Initiating Killing Combat, because typically any Combat directed at them will be killing. LDD is unlimited, due to the combat style. 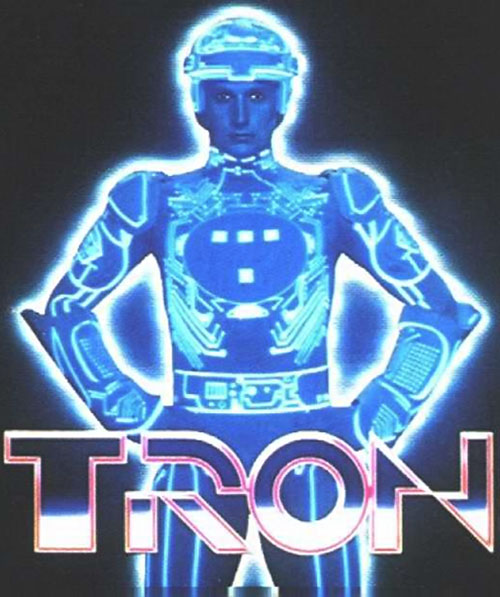 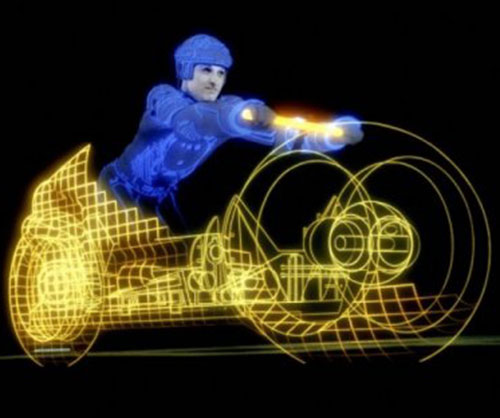