The Two-gun Kid is one of the fastest guns of the Old West. He is also famous for his ability to draw and/or fire both guns with perfect coordination.

He has good athletic training, superior cowboy skills and a flair for catching his enemies unaware.

Matt Hawk was a young Yankee lawyer. He settled in Tombstone, Texas, after the Civil War. He quickly learned that the town was under the yoke of a gang led by one Clem Carter. He also quickly met Nancy Carter, a young schoolteacher who happened to be Clem Carter’s stepsister.

A few day after his arrival, Hawk met a third person : Ben Dancer, a former leading gunfighter, who was harassed by Carter’s men. Hawk helped him against his assailants, and the aging pistolero, favourably impressed, started teaching him.

Hawk learned fast and reached an impressive level of skill. At Dancer’s advice, he adopted a masked identity so as not to be killed by a glory hound gunfighter. A subsequent fight with Carter’s men started the Two-gun Kid’s career as a crime fighter.

The Two-gun Kid met a time-travelling Hawkeye in two separate occasions, and was quite interested in the XXth century. He could thus appear in strange time-travel scenarios.

Hawk comes from Boston, and is more educated and well-mannered than most cowboy heroes. His major drives are his strong curiosity and thirst for adventure ; he will eagerly jump into unknown situations and environments.

Why not ? Just don’t pair him with Jonah Hex, as the Kid is too squeaky-clean. But encounters with Matt Savage or Johnny Thunder would be perfectly logical. 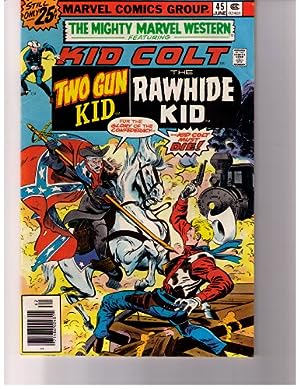 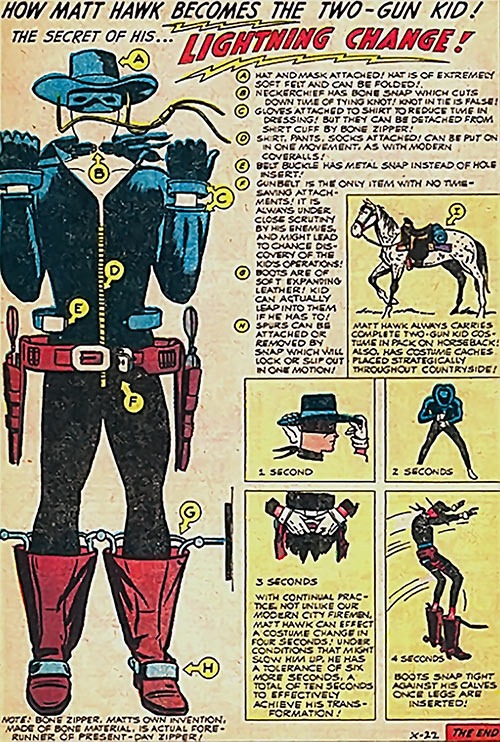 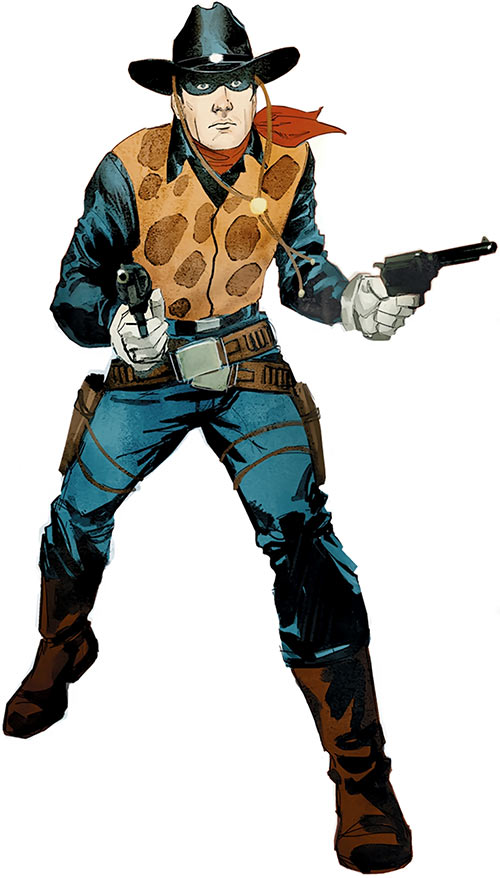