Devlin is a veteran soldier and special operations trooper, with a preference for hand-to-hand combat. He has been enhanced using genetic sequences from dinosaurs – presumably “Tyr” stands for “Tyrannosaurus”.

Tyr chiefly evidenced superhuman strength and durability, though not to a major degree. He can take quite a few punches, though, even from superhumans.

From a comment by Merrick, it seems that Tyr’s body generates a lot of juice (presumably adrenaline, endorphin and the like) when in combat. He indeed seems to be particularly brawl-happy and to charge aggressively in combat. Tyr always is in the thick of the action and punching whatever is moving.

Unlike many reptilian superhumans, Tyr doesn’t appear to have a healing factor . He also could run around in cold weather without any special problem.

Tyr reportedly has had a long military career before he joined S.T.O.R.M..

He was Panther’s lover, and had difficulties overcoming his grief about her death. He resented new team member Cat for being the one who revealed that Corinne had been a traitor all along.

A sort of pub brawler who seems to live for combat. In fact he may be physically addicted to fighting. Tyr rarely runs out of threatening things to growl at opponents, or even at his team-mates. And he *always* thinks that the latter talk too much and should fight harder. His closest friend on the team is Shaka.

Tyr is aware that his “taking on the world head-on with fists of fury” attitude is dysfunctional. This may hint that it is a disorder stemming the genetic manipulation. In any case, it seems difficult to control.

Though he growled a lot about killing Banzai (the Q7 Strike Team member who had killed Panther) he ended up saving his life as part of the grudging alliance between the Gene Dogs and Q7. In so doing, he surprised even himself by controlling his temper. He also managed to accept Cat as a team-member in the end.

(Right after a super-strong robot swats him away) “Glad you’re as good as they said you’d be… this isn’t going to be such a dull outing after all !”

Bonuses and Limitations:
Mental Field is Self Only and Always On.

Given the modest amount of material to benchmark them with, some of the stats are speculative. It has been assumed that all Gene Dogs had the generic Special Forces Skills suite from the generic soldiers entry on writeups.org.

Benefit 1 (S.T.O.R.M. sensors can focus on the Gene Dogs’s gene chips to monitor them and their vital signs), Second chance (fear/intimidation). 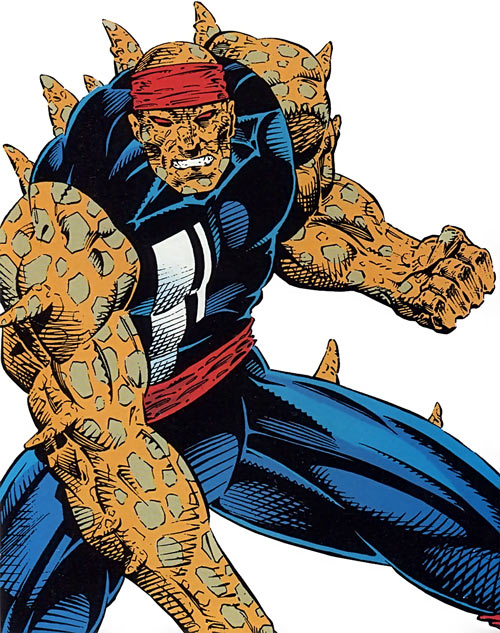 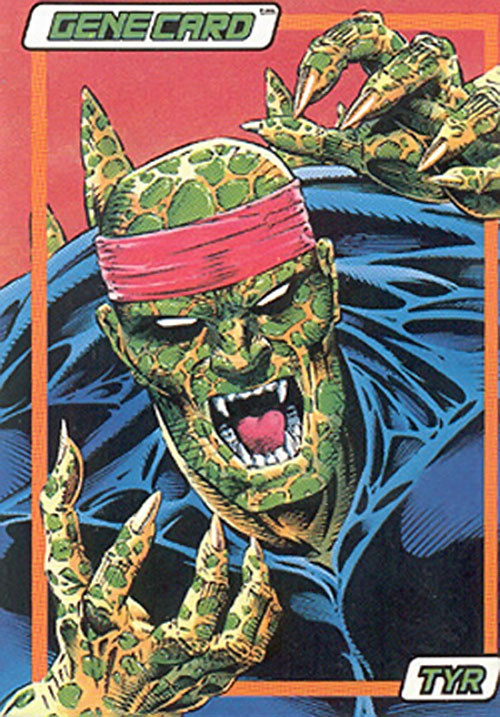