U235, as his name indicates , is a small living nuclear reactor. He possesses a broad range of nuclear abilities.

Johnny Taggert was a small-time but reliable thug. He was hired by unknown parties to steal weapon-grade uranium.

But the raid on a nuclear facility failed. All of the thieves were captured. Taggert was accidentally locked in a reactor room and burned half to death before he could be rescued.

At the hospital, he recovered at an accelerated rate, and started emitting strong radiation. The staff attempted to send him to a nearby military base, but he escaped during the transfer.

Months later, he resurfaced as the costumed villain U235. He engaged in a rampage of robberies and destruction. His first target was Vicksburg, Tennessee, where he wiped out the whole police force (12 officers) and burned much of the town to the ground.

Following this episode he left the country for 18 months to avoid a nationwide manhunt. Since his return, U235 has been implicated in a series of crimes ranging from Texas to British Columbia. 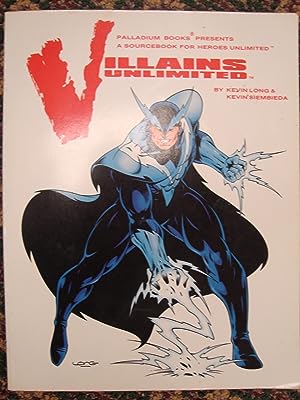