Uatu is a Watcher, a being gifted with cosmic powers of mental acuity, psionic  and physical shielding and communication. His mind is superhumanly expanded to cover things happening in multiple worlds at the same time.

His intelligence and knowledge about Earth facts is even higher than Reed Richards’ or Doctor Strange’s, having studied this planet for billions of years, sometimes through multiple timelines.

He is immortal, virtually invulnerable and has some degree of superstrength. He can also become living light to access hyperspace and manipulate different kinds of energies, mainly magnetism. Finally, he can hide or show his presence or the presence of other things in a number of ways (in DC Heroes terms Chameleon, Invisibility, Illusion, Hypnotism).

Uatu looks like a towering bald human male with glowing green lidless eyes and pale skin. His head is slightly squarer than a human’s skull. He is dressed in a white garment topped with golden belt and partial armor along his neck, arms and mid torso.

A blue cloak hangs at his back, fastened both at his shoulders and in one point of his torso, which extends high and stiff behind his head. In more classic garment, Uatu just wears a sleeveless blue suit, a blue cloak fastened with a golden belt, and blue gloves.

Like other Watchers, Uatu is sworn to an oath of non-interference. However, he has bent or outright violated his oath on numerous occasions in order to aid humanity. Uatu is considered youthful and rebellious by his brethren, which has put him into trouble with them in more than an occasion.

At least once, he has been removed from his duty as Watcher of the Earth, but he nevertheless returns to his true calling, observing the world he has become so fond of. In particular, he considers the Fantastic Four to be quite intriguing; Reed Richards could be said to be his only human friend.

“I am the Watcher ! For countless eons I have observed your world and recorded its significant events. Lately I have peered into adjacent realities, realms that embrace the alternate paths your world’s history might have taken.”

“What if things had turned out differently ? Only I know… For I am the Watcher, and mine is the power to see what was… And what might have been !” 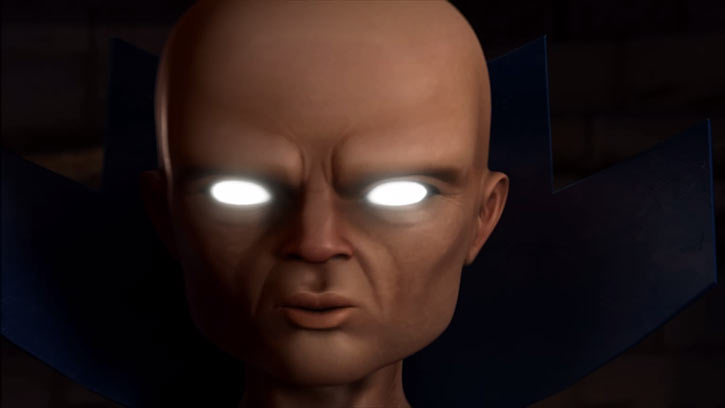 “Though I sometimes relate events that diverge from our own, my primary task is to monitor the Earth of our universe. I have observed this world from its infancy and I have seen its history unfold”

“Galactus is not evil ! He is above good… or evil ! He does what he must… for he is Galactus !”

“All-powerful ? There is only one who deserves that name ! And his only weapon is love !”

If a race of Watchers existed into the DC Universe, it could have evolved from the Oans after Krona’s Experiment, defending pure observation where his brothers recommended intervention in the matters of the universe.

It could also be that the brother DC Universe is considered just another parallel dimension by the Watchers. In that case, Earth-DC would be another planet watched by Uatu through the or Time-Keepers Portal.

By the way, as they, as the Time Trapper, live at the end of their timelines, there could be another link among the universe’s there, with the Trapper being a rogue Keeper exiled from his Universe.

That could lead to an alliance between him and Aron. And a third possibility would exile him to the Pre-Crisis DC universe while he had his Watcher duties removed, where he would have become the Monitor.

The “Passive Observation” Irrational Attraction was only Serious during his early career on Earth, and went as low as Minor during his more active days (circa Fantastic Four #48, when he battled the Silver Surfer) which led to his Trial.

Lacking further evidence, Flash (SL) could also be Teleportation: 40. Added some Truesight, which seems just appropriate, removed the combined use of Remote Sensing and Dimensional Travel (he uses a gadget for that) and accordingly reduced his INT by 1, and improved quotes and DC history.

His dissipation/reusing of Aron’s energy could show some degree of Continuum Control (Energy Blast combined with Damage Transference) or maybe he manifested, in successive phases, Vampirism and Damage Transference with his Omni-Power to revive the One.

Is there really any evidence of Dimensional Travel at all without his gadgets, or Gadgetry (Build Gadget)? Is Empathy necessary with his high mental stats and Mind Probe ? 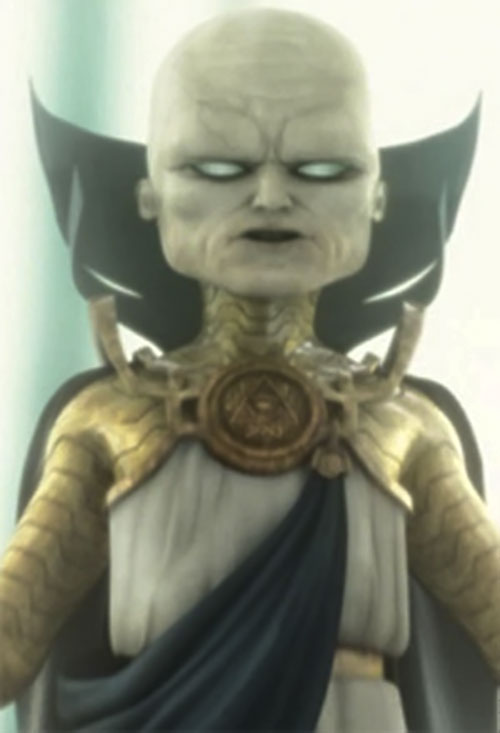 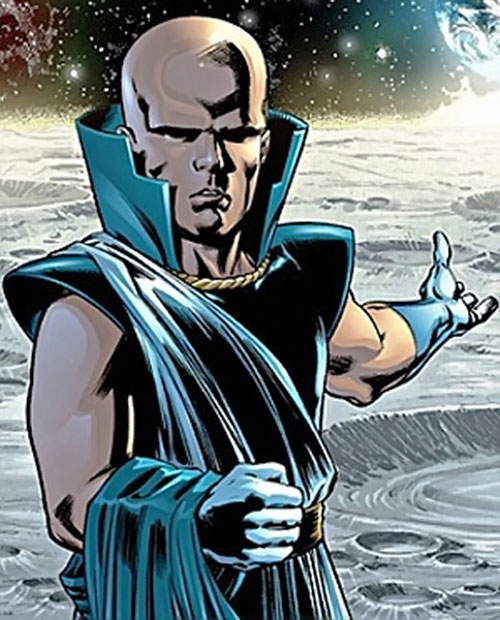 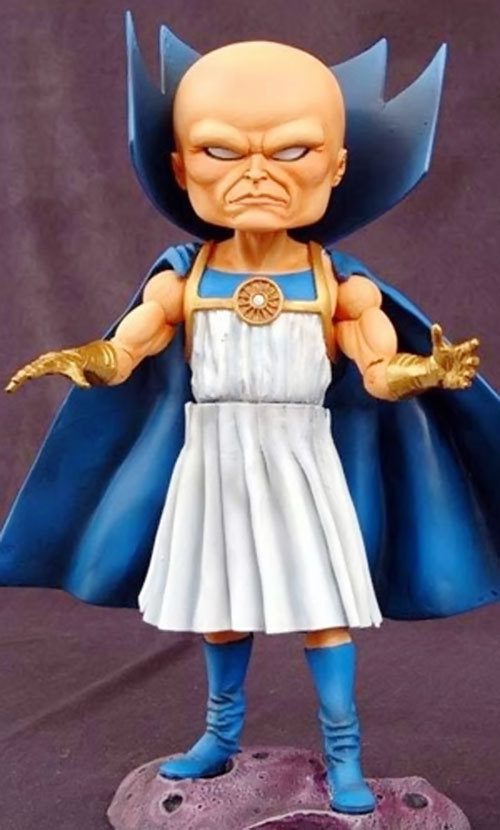