Ubu is huge and terribly strong. He’s a giant of a man with a huge muscle mass. He is a very intimidating bodyguard, and can brush any human aside.

Ubu’s weakness he’s that he’s way too reliant on his gigantic frame and mass. He doesn’t work out very hard, and his hand-to-hand combat skills are decent but not spectacular. Batman (Bruce Wayne) has always been able to defeat him with ease – although he did burn Hero Points  each time to make a point.

The Ubu clan is a desert clan in an unspecified part of the world. The men there are particularly tall and massive. The whole clan serves Ra’s al Ghul personally. The men are trained to become bodyguards, while the women administer the clan and help with the training.

One Ubu man is Ra’s personal bodyguard. This position is traditionally referred to by Ra’s and his close servants as “the Ubu”. Some Ubu men are called by name, while some apparently prefers to be called simply “Ubu”.

That was the case of Ra’s first bodyguard to be encountered by the Batman in his long, tortuous fights and alliances against Ra’s. This Ubu, a laconic giant bodyguard and servant, was always within a few steps of Ra’s. He fought Batman various times, losing each time, and was ultimately killed.

Other men from the Ubu clan succeeded this Ubu – including Lurk, Grind and another just going by “Ubu”. At one point, an outsider even served in the traditional position of the Ubu – the redoubtable Bane, who had entered an alliance with Ra’s al Ghul to learn about his father.

Big as a house, built like a garbage truck, and with a face that does not lead most to think he’s a humanist philosopher.

Ubu is entirely devoted to his master, and treated him more like a Messiah than a man. He’s very big on not letting anyone walk in front of the master, and will not hesitate to punch anybody accosting Ra’s or Talia without proper warning or respect. Given the power of his punches, that can be a problem.

Ubu had a bad case of rivalry with the Batman. He resented his master’s admiration for the detective, and was humiliated by the ease with which Batman could defeat him. Ubu also was a bit awkward around Talia, and may have had something for her.

Ubu has a vague Middle Eastern style and manner of speech. Most of the time he’s quite fluent, although occasionally his English became inexplicably bad. Such discrepancies probably are an error on the writer’s part.

“Step back, infidel ! The master shall pass first !”

“American… filthy American… I shall dance on your corpse !” 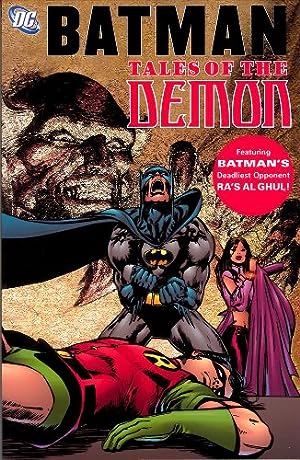 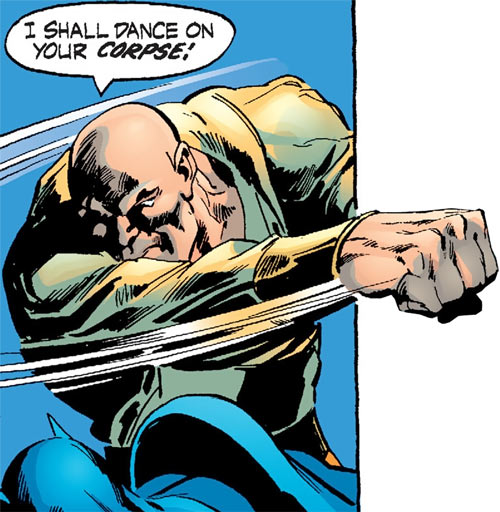