This is in no way related to the character “The Ultimate Warrior” as presented in his (very silly) comic book. Rather, it’s an original take as to how this persona could be part of a comic book world.

Warrior is extremely strong and somewhat skilled in hand-to-hand combat.

He can take a great deal of punishment, but doesn’t have much in the way of endurance. He gets winded VERY easily for someone that strong.

Jim Hellwig was a competitive bodybuilder and licensed chiropractor in Southern California. Then, Red Bastien recruited him into his ill-fated “Power Team USA.”

Hellwig was all about creating a “legacy” for years to come. He saw the road to being a superhero as a way to create a legend for himself. This was not for the purpose of the good he would accomplish, but for the fame it could gain him.

I will be that “hero”

He was known first as “Justice”, then later as “Rock”. But neither name garnered him the celebrity status he wanted.

After parting ways with Power Team USA, Hellwig began using the name “The Ultimate Warrior” and fighting crime across the country. He focused primarily on small-time organized crime.

A lawsuit from a movie studio over the use of the name cause Hellwig to legally change his name to “Warrior” to give him an edge in litigation (the case was finally settled out of court).

Warrior finally retired, only to open his own superheroic training academy, Warrior University. Anyone who knows much about it or about Warrior himself are highly amused at the idea of a man with little combat talent and less communication skill trying to teach others.

He made a brief return to active crimefighting with his team “The One Warrior Nation”. But unfortunately, they proved to be even more lacking in ability than Warrior himself. Thus, he “put the team on reserve status” (disbanded it) after only three weeks. Furthermore, his own carelessness in a fight led to a torn biceps.

He now works primarily in his original profession as a chiropractor. He also publishes his Newsletter, “Warrior Words” which is distributed both by his web site and to eight subscribers, nationwide.

Over 6’1” and somewhere over 250 lbs. The Ultimate Warrior is extremely (grotesquely) muscular, with long brown hair and a slightly hooked nose.

He wears trunks, arm bands and boots that vary in color from day to day, but always match each other. These are frequently fluorescent. The boots and arm bands usually have streamers hanging from them. This creates the effect of making him look like he’s running faster than he actually is.

Warrior also wears face paint in the shape of his personal logo (a combination bat/fleur-de-lis shape), also color coordinated with his costume of the day.

The Ultimate Warrior is a fanatic in everything he does. Most of which falls under the category of “self-promotion”. He does nothing half-way; a trait which has alienated many people over the years.

He tends towards long-winded sermonizing about “The Warrior Way” and how “warriors should act.” He has gone so far as to invent the word “destrucity” in order to help him label these traits which he believes he epitomizes. He shouts, howls, grunts, and uses a lot of big words, some of them made-up, and most of them incorrectly.

The man is hopelessly deluded.

“Destrucity… A methodology one of warrior uses to combine his knowledge of reality with the strength he has in an undeniable belief of an invocation by his higher self, a supreme being – a creator of the existent universe he consciously perceives. The application of Destrucity to his life, a continuum of disciplined action, reminds him to never obscure faith and reality. He cannot substitute one for the other. He must abide by an inviolate truce, one, he and he alone, constructs and reveres.”

“Imposing a standard that a warrior’s life is an end in itself. Knowledge is his means to fulfill this purpose – pay allegiance to his standard. His end, making conscious effort throughout his life to increase it’s inherent value towards a reward – his reward – happiness. The one and only tool he has to obtain this – the greatness of his life as a human being.”

“Faith in being the recipient of such greatness cannot, however, be used blindly, to increase, stated more boldly – rescue, the life we have been granted. It is only by consistent, practicable, volitional, rational effort that man can achieve a state greater than he is born. Doing otherwise – refusing to do so – constitutes death, not the living of life. Destrucity is the application of one’s guidelines governing this effort – one’s own volitional effort.”

Perhaps a friend of the 1980s version of Guy Gardner ? 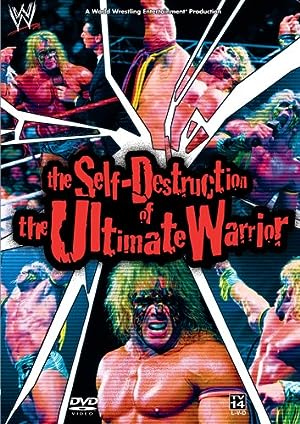 The Self Destruction of the Ultimate Warrior 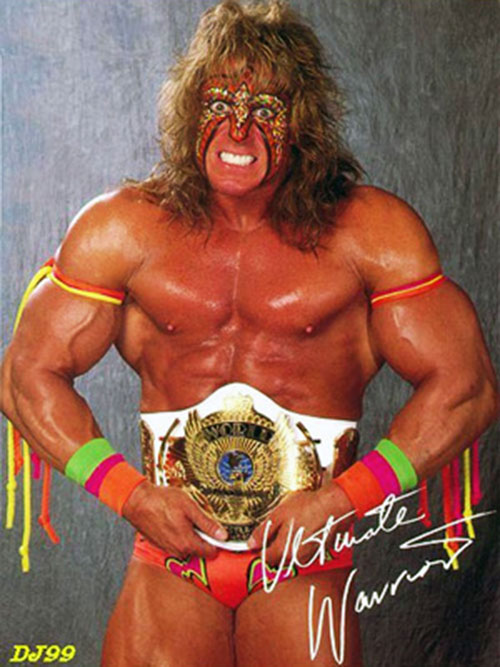 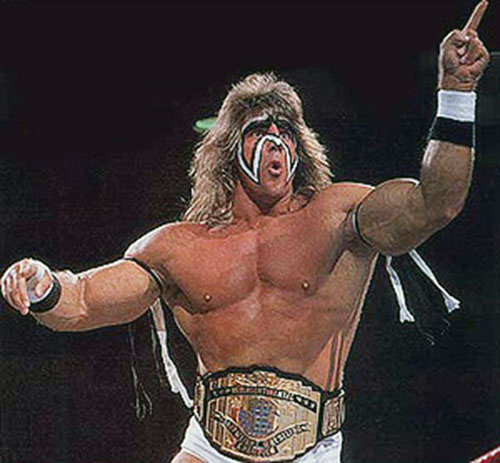 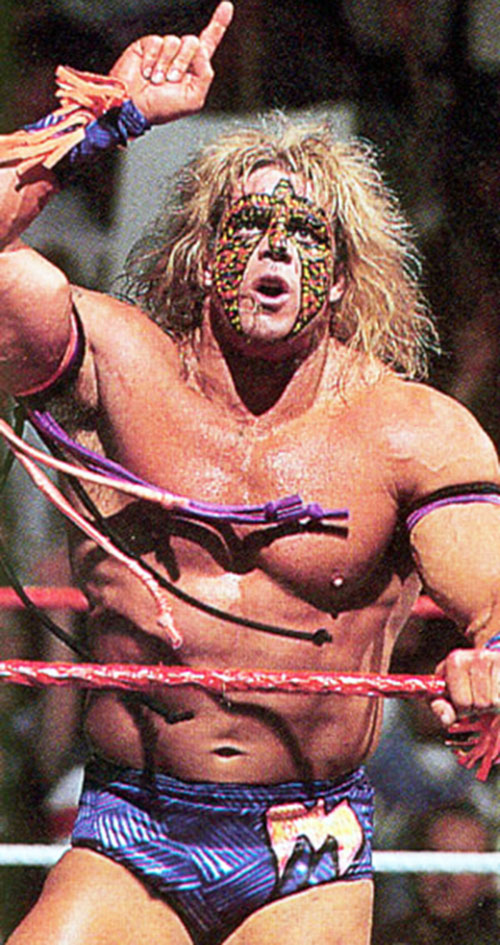