Ultimo was found by the Mandarin in a long-dormant volcano near his traditional HQ, the Valley of Spirits. It might have the same alien origin as his rings. However the Makluan aliens would probably not have built an humanoid robot, being dracomorphs. 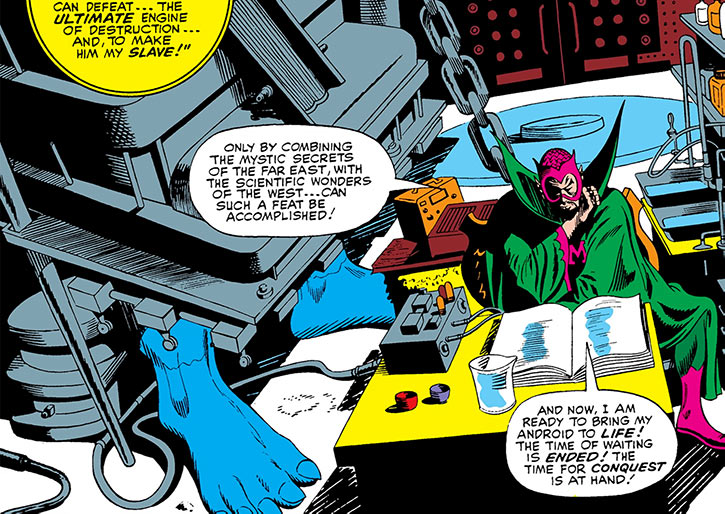 It fought Iron Man and/or the Avengers as a tool for the Mandarin a half-dozen times, generally inflicting vast collateral damage.

Ultimo is roughly 100’ high. At first, it had blue skin. Later this skin was destroyed, revealing a terminatoresque metal body.

Ultimo’s body is like a metallic replica of a skinless human body, but its head is skull-like.

Ultimo is just a giant, destructive combat robot. Its raw power can only be harnessed for destruction. Ultimo’s programming is simple : 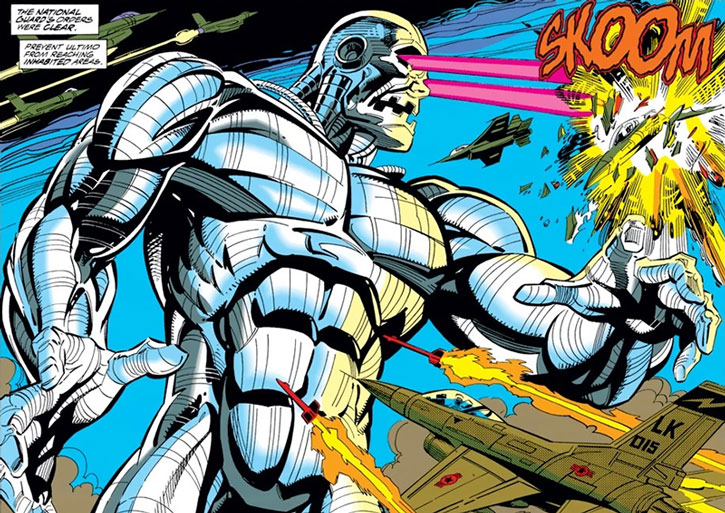 Ultimo can be injected in the DCU without any problem. It would make a basic Superman foe (although if facing Superman, it would need means to reconstruct itself after or during a fight). 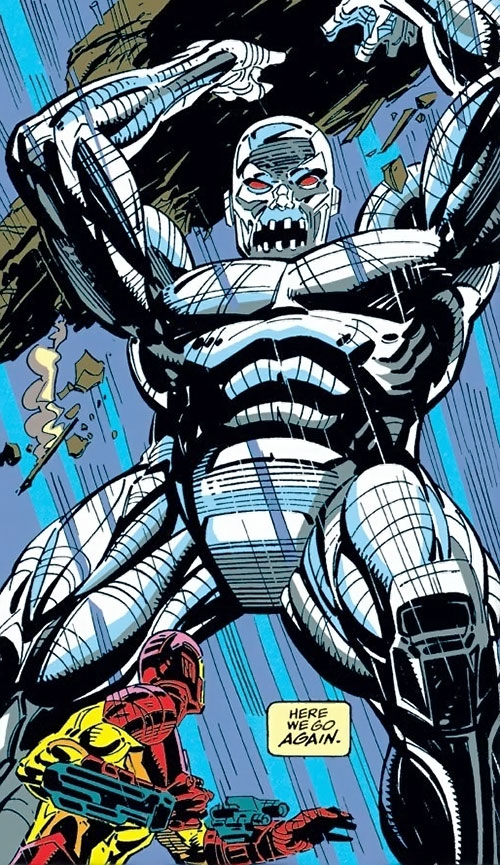 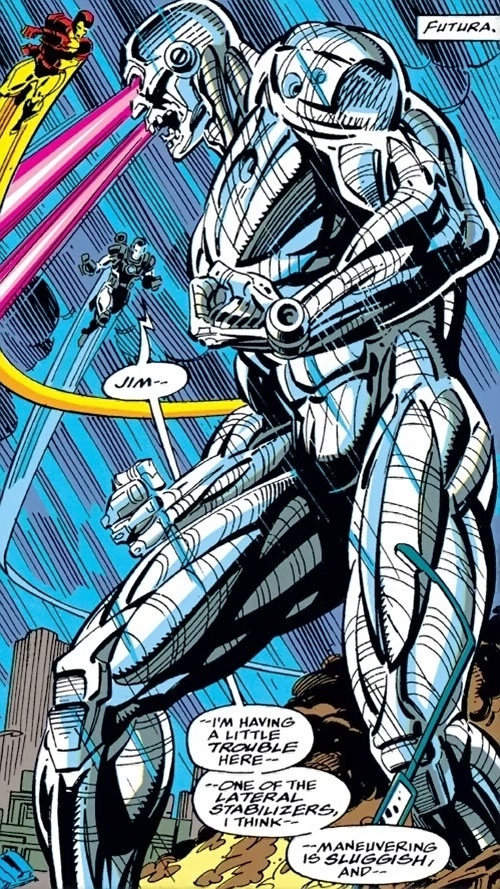