Undercover Brother is the epitome of 1970s hip. He’s a lover, he’s a fighter, and he’s a hell of a dancer. He’s also capable of nigh-superhuman smooth moves while fightin’ or drivin’ when he’s stepping up to preserve his cool rep.

Despite his legendarily ostentatious demeanor, he’s an excellent disguise artist. He can slip into the most secure places without getting a second glance if he so chooses.

Undercover Brother had two missions in life: keeping the soul of the 1970s alive and playing Robin Hood to da Hood. He became infamous as the Afro Bandit, breaking into financial institutions. Rather than robbing them, he performed subtler sabotage such as erasing mortgage records so that low-income families could keep their houses.

Unknown to Undercover Brother, there was a whole group dedicated to the same fight. The secret organization known as the BROTHERHOOD (“Fighting for truth, justice, and the Afro-American way since 1972”) was also keeping the struggle alive by taking it to the Man. The Man is the secret White master of the world, dedicated to turning back the clock on race relations.

Then, distinguished Việt Nam war hero, civil rights activist, and former Defense Secretary Warren Boutwell (General, US Army, Ret.) announced that he was going to open a chain of fried chicken joints instead of running for President of the United States.

BROTHERHOOD knew something was up. The Chief of the BROTHERHOOD decided some new blood was needed for this case. “Get me Undercover Brother !”

Sistah Girl of the BROTHERHOOD put on her finest ’70s disco suit and a proud Afro. She confronted Undercover Brother with his daddy’s medallion, snapping him out of White She-Devil’s spell. She-Devil actually switched sides along with Undercover Brother, having been seduced in turn by the power of his incredible cool.

Stick it to The Man

Thinking Undercover Brother was out of the way, the Man extended Operation WHITEWASH to society at large. They laced the food served at General’s Fried Chicken with the same drug used to control Boutwell. They also started kidnapping prominent Black personalities, which proved to be their ultimate undoing.

The Man escaped, but the BROTHERHOOD had found its hero and Undercover Brother had made the world a funky place again.

Undercover Brother is a slim well-toned Black man who bears an unfortunate resemblance to Macy Gray , albeit with a huge Afro, pork-chop sideburns, and full, proud mustache.

He wears platform shoes, shiny pleather bell-bottomed suits in every color of the rainbow (occasionally changin’ it up with polyester or denim) and silk shirts with huge lapels and colorful designs. That’s unless he’s working — wait for it — undercover, in which case he’ll wear garb appropriate to his cover identity.

Undercover Brother will complement these costumes with suitable makeup disguises to further distance himself from his normal look. The most notable piece of Undercover Brother’s attire is his father’s medallion, a gold disc with an ebony fist raised in a Black Power salute in the center. He usually wears it on a black leather string around his neck.

Sistah Girl initially summed up Undercover Brother as, “A Soul Train  reject with a Robin Hood complex,” a judgment that was a little harsh but not completely inaccurate. When Undercover Brother isn’t out trying to right wrongs against the people in his ’hood, he’s living a life of ’70s cool just like Shaft and Superfly.

Undercover Brother takes great pride in playin’ it cool at all times. He is easily flustered by surprises — he panicked and started praying to Jesus for help the first time he dropped down BROTHERHOOD’s secret elevator entrance, among other things — but he recovers in short order.

(Trying to sound defiant while staring at Sistah Girl’s gun) “If you’re gonna shoot me, shoot me.”
(Sistah Girl lowers her gun, Undercover Brother sighs with relief) “Thank you, Jesus.”

(Insta-changing) “Say ’Goodbye‘ to Anton Jackson… and say ’What it is’ to Undercover Brother.”

(After Mr. Feather cuts out a chunk of Undercover Brother’s Afro) “You mess with the ’Fro, you got to go.”

And of course
“Solid.” (With Black Power salute)

It’s possible that Undercover Brother was inspired by Black Lightning, emerging to take up the torch when Black Lightning retired. As much as I hate the stereotypical superhero comic motif of “Every Black hero knows every other Black hero”, these two characters do have some roughly similar motivations and places of operation.

He might have even stopped by to visit the Detroit JLA, promptly exiting the scene when he realized they weren’t the Outsiders.

Or pair him up with John Constantine when the ol‘ Hellblazer makes a trip across the pond. Undercover Brother’s cool would represent a spiritual potential of fearsome proportions and his antics pulling the rug out from under the more portentous/pretentious members of the mystic community. UB would definitely dig the Phantom Stranger’s gold medallion and big lapels.

Jay Myers suggests a more direct tie-in to a DCU hero: “His own personality all but obliterated by the thousands of roles he had assumed, the Unknown Soldier began experimenting with psychoactive drugs in an attempt to discover his true self.

After more than a decade of this pharmacological crusade, he was walking by a (blaxploitation) film festival when a wave of severe disorientation hit him. Needing to sit and rest while the spell passed, he bought a ticket.

As he sat in the darkened theater under the influence of the chemical cocktail he recently consumed, the Unknown Soldier’s unconscious began constructing a new personality based on the characters on the screen. By the time the movie marathon was over the Soldier was no more and his place was Undercover Brother !”

Bonuses and Limitations:
Power Reserve only lasts for one Phase and can only be used to preserve Undercover Brother’s cool, such as easily spinning his car in multiple 360s without spilling his soda and thrashing the dude that messed up his ’fro (-2FC).

Drawbacks:
Miscellaneous (Undercover Brother doesn’t handle surprises very well; If he is Surprised in combat he is suffers a -2 to Initiative in the second phase of combat in addition to the normal first phase penalties, -10 points), Mistrust. 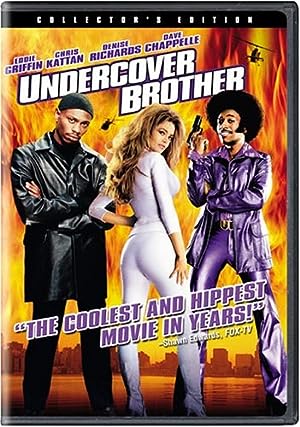 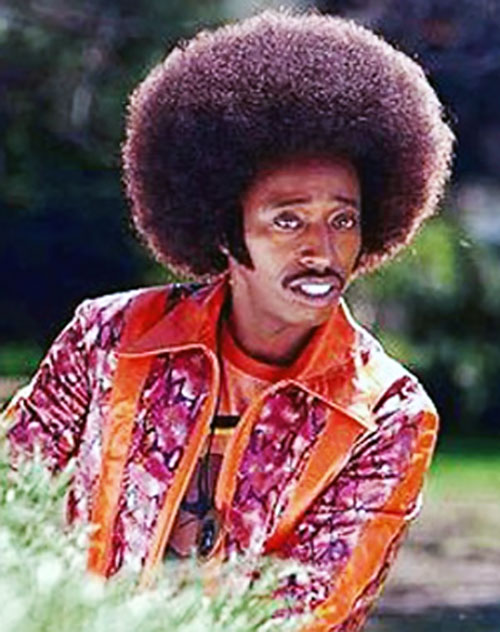 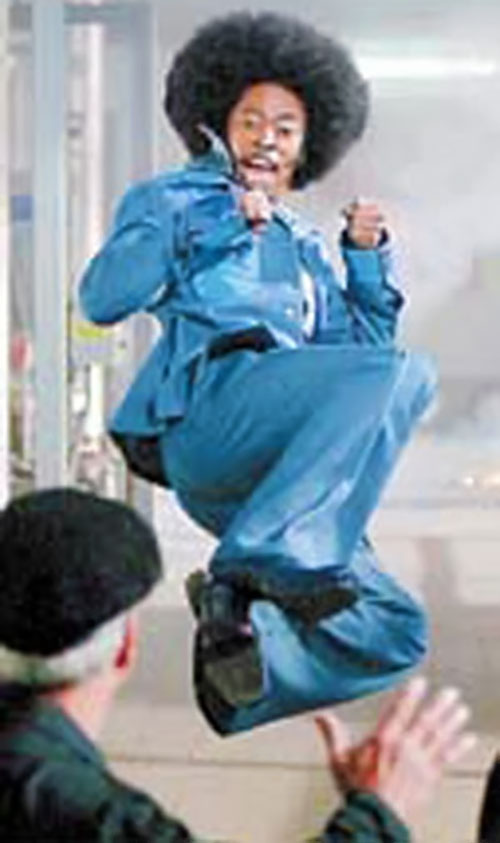 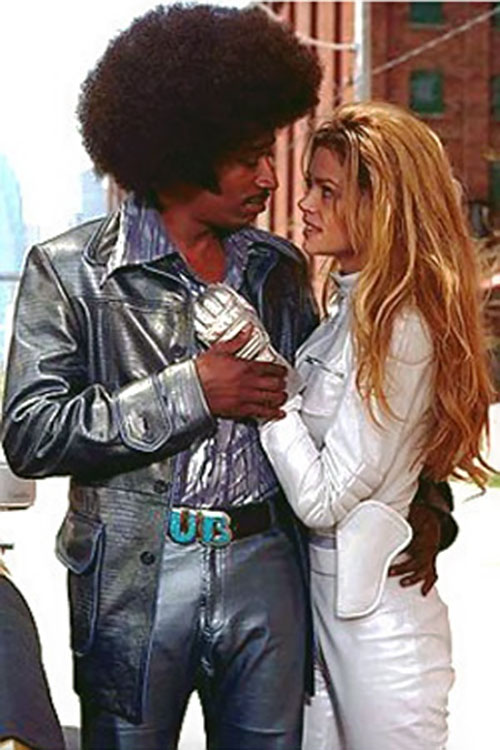 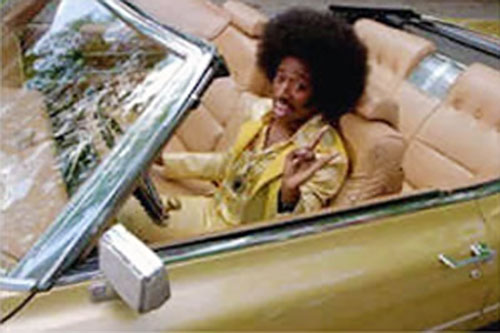