The Unicorn retains all his powers and equipment. However, he is now brain-damaged. As a result he is incoherent, irrational and needs guidance to accomplish most tasks. Left to his own devices he would alternate between freezing because he has no idea what to do, and blindly lashing out.

His power horn has been upgraded, and can probably be described with the good old “twice as powerful as before”. It was more than enough to keep pace with contemporary Iron Man power armour  improvements. In fact, the Unicorn seemed to be mightier than even the golden Avenger. But in RPG terms, one suspects that he also was on a hot streak with the dice.

Since the improvements to the horn were done by Boris Bullski, our game stats assume that this equipment requires an even greater amount of superhuman strength to operate than before. His hardware is usually on the hefty side.

The Unicorn soon resurfaced – literally. Left to sink under the South China Sea, he had somehow regained his consciousness. Presumably, that was an unintended side effect of the extreme energies used in the Mandarin’s jury-rigged machine to swap their consciousnesses back.

Pulling himself atop floating debris, he drifted for days. After hitting near-freezing waters, he pulled a Captain America and entered suspended animation. The Unicorn was then somehow recovered by the Titanium Man (Boris Bullski).

Bullski worked for years to heal Masaryk. He brought the Unicorn back to the state he was in when he worked with the Red Ghost. One imagines that the Unicorn spend those years in one those transparent, liquid nutrients-filled tanks. In the meanwhile, Bullski also upgraded the power horn.

Bullski remained hidden from Masaryk, who only knew him as “the Other”. In 1978, he sent the Unicorn on a mission. The Czech hoped that the Russian could continue healing him, but Bullski knew full well he couldn’t fix him any further.

The Unicorn badly damaged the brand-new Stark International campus. The responding Iron Man (Tony Stark) did not fare well, but stumbled upon a vulnerability in Masaryk’s force field. It imploded when the Unicorn was simultaneously hit by two heavy vehicles coming at full speed from opposing directions.

The unconscious Unicorn was taken to Avengers’ Mansion. The goal was for Doctor Pym to cure him – or at least stabilise him enough to learn who the Other was. But the madman soon burst free and blindly lashed out. As the Unicorn just kept his power beam on, the fight crashed through a series of floors until it reached the lowest sub-basement. There, the combatants were separated.

Alone in the dark, the Unicorn stumbled upon the cache of the powerful robot Arsenal. Arsenal took down the exhausted and surprised Czech in one punch. It then mauled the mighty Avengers.

The Unicorn was kept in suspended animation at Stark International, in the hope that a cure could eventually be developed. But in 1982, an attack by Blacklash (Mark Scarlotti) triggered a major fire across the complex. Explosions and energy surges shocked the Unicorn back to consciousness, and somehow halted his physical degradation. Still, it took weeks for him to regain his mobility.

Once he could move freely, Masaryk knocked out a lab technician and put him in the cryogenic coffin to cover his escape. He then stole a sky-sled and decided that killing Iron Man would somehow result in the Other coming to cure him.

Threatening random workers to keep Iron Man distracted, the Unicorn again did a lot of damage. He blasted buildings to force the golden Avenger to rescue people inside, or caught employees in a steel net dangling from his sky sled. The Unicorn eventually hit Iron Man so hard that onlookers thought he had been disintegrated.

Iron Man had actually been blasted underground. Digging his way out resulted in lots of vibrations. The insane Unicorn panicked, thinking that it meant the end of the world. When the fight resumed, the Unicorn destroyed an enormous transoceanic freighter and continued to hammer Iron Man.

Iron Man was left completely drained of energy and exhausted. The Unicorn came to finish him, teetering and bleeding from the mouth. Iron Man told him that the Other was the Titanium Man, and had been deported to Russia months ago.

Increasingly weak, the insane Unicorn came to the conclusion that, if the Other could not come to save him, he should go meet him. In a lunatic leap of logic, he shambled toward the sea Eastward. Masaryk disappeared under the waves, before the immobilised Iron Man’s eyes.

Although he has survived somewhat similar circumstances in the past, Milos Masaryk is believed to be deceased.

The Unicorn identity has been claimed by at least two persons since. One of them (who appeared in Russia in 1992) was suspected for a while of being a mutated Masaryk. This second Unicorn (name unknown) is now established by secondary sources  to be a different person

However, a continuity glitch makes it vaguely possible that the second Unicorn is a version of Milos Masaryk recreated by the Beyonder.

A third Unicorn, Aaidan Blomfield, worked for superhuman mercenary team the Stockpile. He has essentially no link with Milos Masaryk, but his costume and codename were a ripoff from the Czech’s.

After that it gets a tad more confusing.

In 2011, a mutated man called the Unicorn was spotted in a special gulag where many superhumans formerly associated with the KGB were held. The Winter Soldier (James Barnes) thought it might be Masaryk, but it doesn’t seem particularly likely.

He might instead be another result from a program that produced the second Unicorn (name unknown). The main difference was that this man’s mutated third eye sat on his forehead rather than being on a strange stalk, like with the second Unicorn’s.

In 2014, Spymaster employed a man code-named the Unicorn. This person was said to have “lost his mind” for a time and to have been experimented on. His mutation didn’t resemble any of the previous Unicorns’, and his appearance and behaviour were different. But he used what may have been an evolution of the Unicorn costume and power horn.

In 2016, a man wearing a close replica of the Unicorn costume worn by Masaryk as an agent of The Other robbed a money truck in San Francisco. This guy was apparently a completely different person. But it creates a pattern of evolutions over the Unicorn equipment.

Intuitively I’d say this guy had a lighter version designed to be worn by a non-superhuman, but including a minor exoskeleton . The jet boots on his costume were functional.

In early 2017 a Unicorn was seen among the Hobgoblin (Roderick Kingsley)’s retinue. He likely bought the Unicorn identity and costume from Kingsley, and one imagines that he’s the same man as the Unicorn seen in 2016.

During this era Milos Masaryk has a new, pretty cool costume.

The Unicorn is now very simple-minded. His level of initiative is very low if he does not receive orders from the Other. He will just blindly lash out in a random way while expecting new communications from the Other.

He will spend most of his time talking with the Other on the radio, asking for orders and gleefully executing on them. He seems happy when the Other is satisfied by his performance, but is completely lost if he loses his radio uplink.

When he came back for the last time, before walking into the sea, he was completely mad. The Unicorn came up with nonsensical plans, laughed hysterically unless he was having panic attacks, and was almost entirely disconnected from reality.

(Seemingly to himself) “Did you see that ? Yes — he still lives ! He has strengthened his armour, even as you modified my power horn !”

(Seemingly to himself) “What ? I should use my power horn to lift this quarry stone ? Deflect it towards Iron Man ? Yes — I *can* do that !”

(Shortly before his seeming death) “That’s right, Avenger – the Unicorn ! The Other ordered me to kill you ! And if you don’t let me… I’m going to drop this net full of dock workers straight to the pavement ! Ker-splat ! Ah -haa-ha-ha-ha !”

(A few minutes later) “”—eh ? Th-the pier is trembling ! The concrete – cracking ! And the vibrations are getting worse ! Other ! Save me ! It’s the end of the world !”

The costume used by the Unicorn seen in 2014 seemed armoured. Its power horn emitted what seemed to be a potent blast – Energy blast: 14 or more. 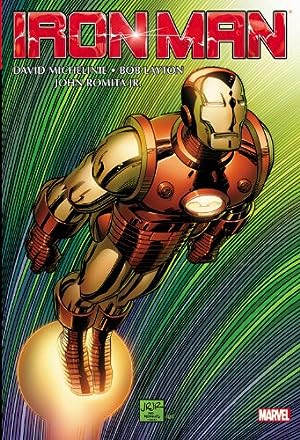 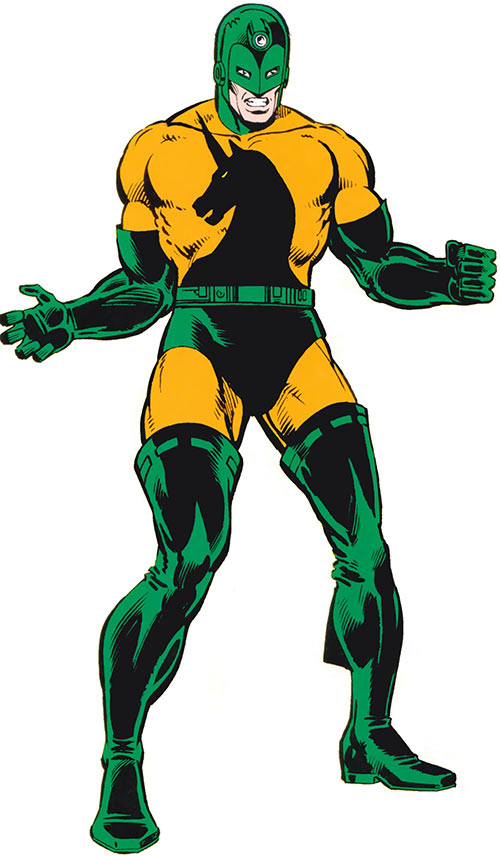 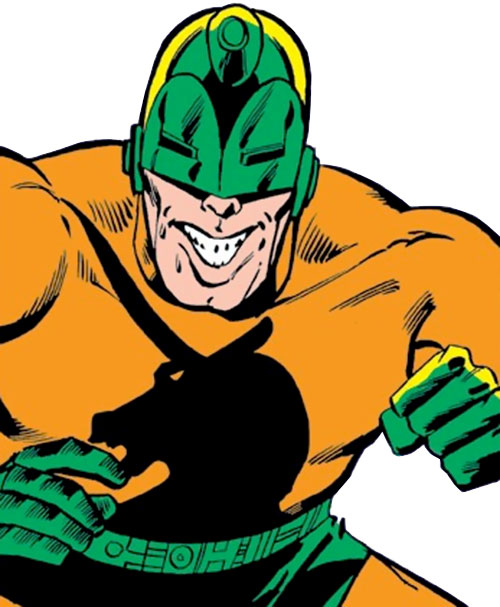 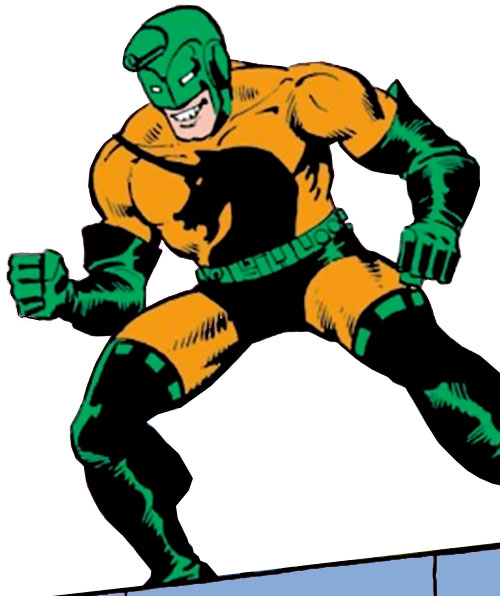 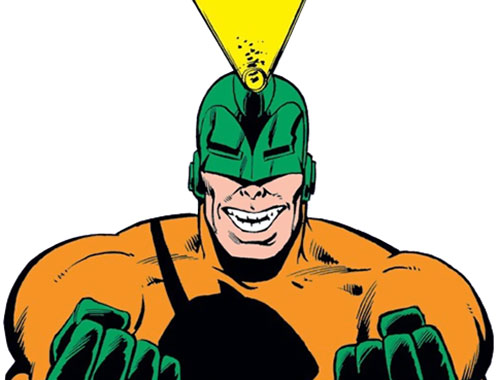 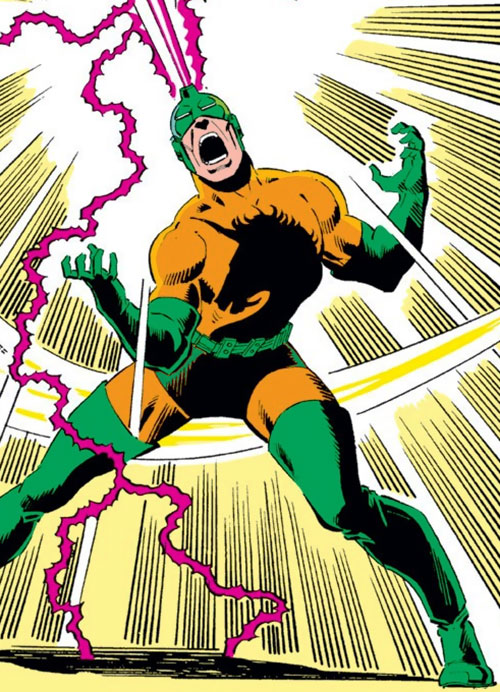 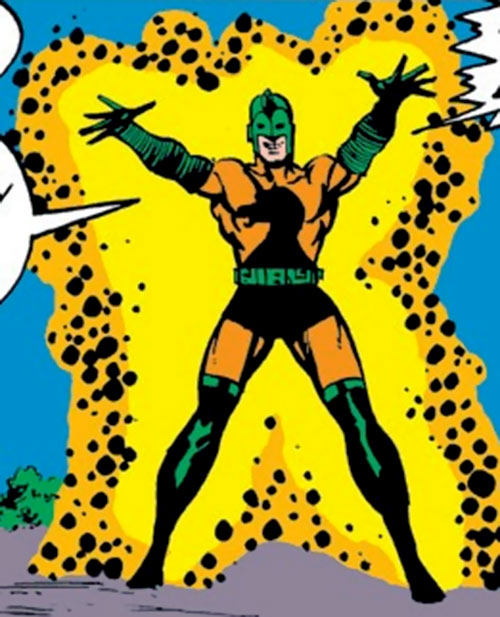