Universa does not possess any superhuman abilities. All of the powers that she has displayed are derived from the Staff of Leadership that she wields.

Universa wields the Staff of Leadership. This is her people’s most powerful weapon and her symbol of office. The staff is capable of unleashing potent blasts of an unidentified multi-wavelength energy as well as absorbing and storing various forms of radiant energy for use later on.

The Staff’s energy blasts are capable of leveling buildings or stunning beings of Viltrumite level strength.

Should any being other than Universa herself touch the staff, the staff’s surface will become suffused with a corona of the same virulent energy. This will likely force the wielder to release the artifact.

Finally, the Staff also grants Universa the gift of flight. She can fly equally as easily through the vacuum of space or within an earth-like atmosphere.

Universa’s home-world’s name, its location, how Earth came to its people’s attention… all of these pieces of information remain a mystery.

What is known is that approximately two days before Omni-Man returned to Earth, Universa entered the Earth’s atmosphere and attacked a nuclear power plant. With the Staff of Leadership, Universa quickly plunged the area into chaos and rendered the local authorities helpless before her might.

Her goal was to drain enough energy from Earth to save her own planet. However, doing so would be fatal for Earth.

Unfortunately for her, the power plant was one of the very first customers of Invincible Inc.. The plant chief made a quick phone call and the young Viltrumite arrived upon the scene in moments with his business partner (and girlfriend), Atom Eve, in tow.

Universa was unimpressed by the hero’s appearance. She simply bade him not to get involved for his own sake. The two briefly parlayed, but when it became apparent that neither Invincible or Universa would yield the two engaged in a brief but violent skirmish.

Universa was surprised by the young Viltrumite’s durability. Despite the awesome power of her staff found herself disarmed during the battle. Without her staff, Universa was taken out by a a vicious sucker punch delivered by Atom Eve.

Universa was imprisoned within Stronghold Penitentiary. She spent the better part of a year in solitary confinement after assaulting and gravely injuring three guards.

In the days that followed conclusion of the Viltrumite War, Invincible visited Universa in her cell. Even as he entered her cell she lashed out at him with an angry tirade. It lasted until Invincible brought up the idea of releasing her to her own devices.

Despite her mistrust at his words, she listened to the young Viltrumite. A compromise was reached.

Invincible, along with Cecil Stedman, allowed Universa to travel to various power plants across the United States. Instead of draining each one dry, Universa drained a small portion of energy from each one. She did not gain enough energy to save her planet, but enough to give them enough time to come up with a better solution.

Once she had enough energy to return home, Universa apologized to her former foe and left for parts unknown. Before she did though, she shared a quiet and disconcerting smile with Invincible when he joking mentioned that the next time they met he hoped it would not be in battle.

Despite her alien origins, Universa appears to be a beautiful woman possessed of a statuesque beauty. Her bright blue eyes and matched by blue lips. Her long thick hair (which hangs in a single braid to the small of her back) is blue as well, and her skin is a solid olive green. 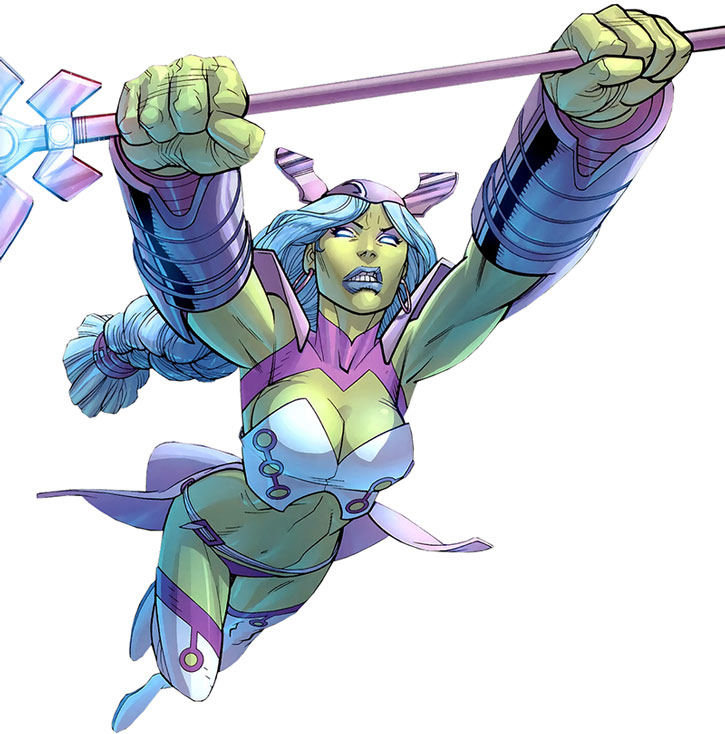 Universa’s clothing is… unusual ? It is basically a two piece bikini, the top of which is white while the bottom is a burgundy colour. She wears thigh high white boots to cover her legs, and grey metal bracers over her forearms and shoulders.

On top of her head sits a metallic crown, complete with two wing-like (or horn-like) protrusions which may or may not be a symbol of her office.

When wielding the Staff of Leadership, Universa’s eyes are an opaque white in colour, and she can often be seen surrounded by a corona of energy.

Universa is driven by an almost fanatical need to save her people. This need will drive her to nearly any length to accomplish her goal. She will murder, maim, and destroy anything and/or anyone who stands in her path in order to attain the energy that her people need.

Despite this, she will still offer her opponents/victims a chance to surrender and often expresses regret for the actions that she perceives as necessary to take. Given a chance, she will take any other option rather than taking a life.

“Scatter, vermin ! My people hunger — they are in need ! Stand aside or be slain !”

“Do not presume to tell Universa how to complete her task !”

“No one but I can wield the Staff of Leadership.”

Universa: “My world is eight times the size of yours. The power I need to prevent a global extinction will drain this world dry.”
Invincible: “Okay then… we can fight now.”

“It pains me to have to end your life — but there is too much at stake. I cannot fail and you will not yield to me. You give me no choice.”

“I attacked you. I was wrong to try and overpower you and take what I needed. You were right, I was desperate. You are a great man to forgive my actions.”

Universa is such a minor villain she could be used wholesale into the DC (or any other universe at that rate) without any changes or alterations to her origin. She might have interacted with Green Lantern. 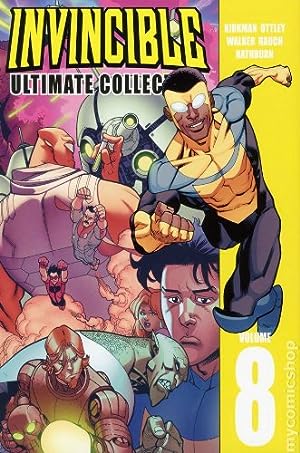 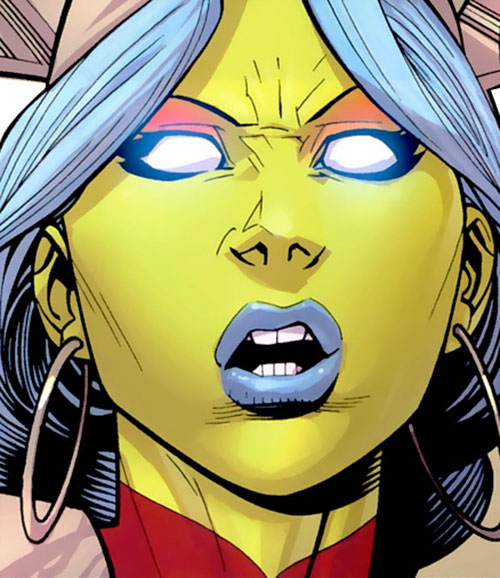