This profile is about one of Marvel Comics’ Inhuman characters.

If you’re not well familiar with the Inhumans, you should first read our primers about the Inhumans. That’s “Inhumans” twice in a single inhuman sentence. Inhumans.

This article is slightly above our “read in one sitting” threshold. So it’s presented as a two-parter for the comfort of slower readers. The second half is there.

He’s a particularly successful product of Inhuman genetic engineering. One therefore assumes that his level of strength, endurance, reflexes, health, etc. is even higher than his species’ norm.

He could also survive normally fatal wounds, and likely has a healing factorThe power to heal wounds and regrow tissues, like Wolverine. Plus a gigantic lifespan.

He fought with great speed and power. But it seemed to be more a byproduct of his strength and reach than world-class martial training.

The Unspoken is extensively familiar with Attilan, its workings, its elites, etc.. But much of this knowledge was outdated by the 2010s.

He also has an excellent knowledge of Inhuman history – the accurate version. It is vaguely possible he may have been an historian before he was made King.

The Living Terrigenesis’ super-power isn’t entirely defined. My impression is that he can manipulate Terrigenesis powers, both in himself and in others.

One gets the impression that he had a huge potential range of powers. Yet the Unspoken tends to rely on a small set (strength, geokinesis, cosmic energy). This may imply that he needs to practice at length to properly use each power. 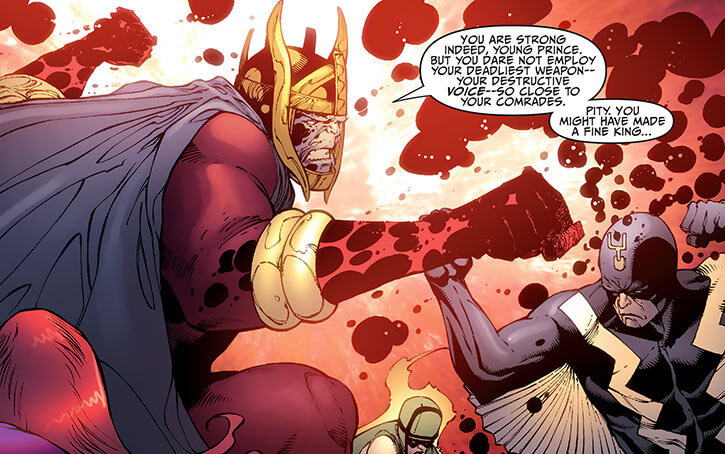 It has also been demonstrated that the Unspoken’s power worked in tandem with Terrigen crystals. Specifically, that Unspoken’s ability was to pick the way Terrigen exposure would mutate him. This is odd.

First, it’s Terrigen *mist* that induces Terrigenesis. So either :

Second, previous appearances show no sign of him using any Terrigen crystal to power himself. Some hypotheses :

His powering-up process further *implies* that he can proceed in two ways :

If he has but a tiny sliver of Terrigen crystal, eating it likely makes the most sense. He won’t be powered up for long, but it’ll be almost his full power. Non-destructively draining such a sliver wouldn’t take him anywhere useful – unless he did that for centuries.

The first thing that comes to mind is, admittedly, very much Old Man Music. By Randac’s beard, get off my lawn you jackanapes !

In the rough vicinity of 1960, the aged Inhumans King Agon and Queen Rynda were killed.

This occurred when their traitorous son Maximus Boltagon tried to ally with the alien Kree. Maximus’ brother Black Bolt stopped the Kree spaceship. But a complex interplay led to the ship crashing onto the royal couple.

The Boltagon brothers were too young for the throne. It was clear that Black Bolt would be King, but he needed time.

In the interim Unspoken, the most powerful and “genetically perfect” Inhuman, became King.

Master of the hidden city

Though it was bound to be short, his reign seemed popular. Yet despite his qualities, the King was blind to the issues of Alpha Primitives.

Late during Agon’s reign, Inhumans activists had been arrested for teaching Alphas. One Alpha, naming himself Elisha, both learned to read and managed to escape from Attilan.

After learning much in the Human world, Elisha returned to organise a revolt.

An Alpha Primitive ambush against the King and the Boltagon brothers was nearly successful. This was thanks to special techno-arrows brought by Elisha. The arrowheads nullified even Black Bolt or the King’s powers.

But Black Bolt’s cool head allowed him to turn the tables.

Political manoeuvres in the dark

Elisha switched to a different tactic. He tried to convince the Boltagon brothers that the King was plotting to eliminate them to retain the throne.

That likely wouldn’t have worked on its own. But the King’s Viceroy, Kadlec the Seeker, *was* scheming to a/ murder the Boltagon brothers and b/ force the underage Medusa to marry him.

Medusa was thus forced to flee Attilan. The Boltagons, unable to tell whether Kadlec was acting on his own or following royal orders, joined her and Elisha.

In the end, the young Royals returned to Attilan. They had defeated the Seeker, and they defeated Elisha’s uprising.

The Alpha had been understandably unable to trust Black Bolt. Nevertheless, the future king promised that his reign would begin with improvements to Alpha Primitive status.

While he clearly had saved the Inhumans, Black Bolt still thought that he was too young for the throne. He therefore declined King Unspoken’s offer to abdicateWhen a monarch renounce their throne. 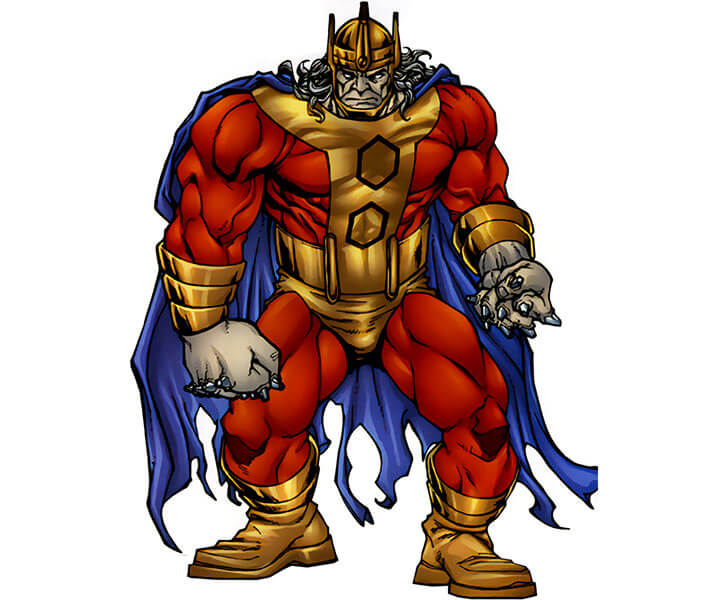 King Unspoken remained popular – even beloved. But he took steps away from Attilan society.

He did not seem to have a Viceroy anymore, or even ministers. Most of the King’s staff were Alpha Primitives conducting simple tasks, as he preferred their company. Unspoken also brooded over Inhuman history, society and racism.

Eventually, he confiscated the Slave Engine. He had come to see it as an abomination, and its use as debasing for the Inhumans. Mustering his immense strength, the King physically carried it far underground. He waded through Subterranea’s perils and lava rivers to reach a secret cavern.

However, young Inhuman Karnak sensed the disappearance of the Engine. It was a sudden vulnerability appearing in Attilan as a system.

The youth could also sense that the King was now greatly weakened. He correctly deduced that the immense effort to carry the enormous Engine so far had drained the monarch.

(There are continuity discrepancies in this story – Mighty Avengers #27. Here I’m going with Inhumans: Once And Future Kings as being “more correct” than MA #27, since it was published later.)

The situation degenerated. Blackagar Boltagon ended up punching out the weakened King, and taking the crown. 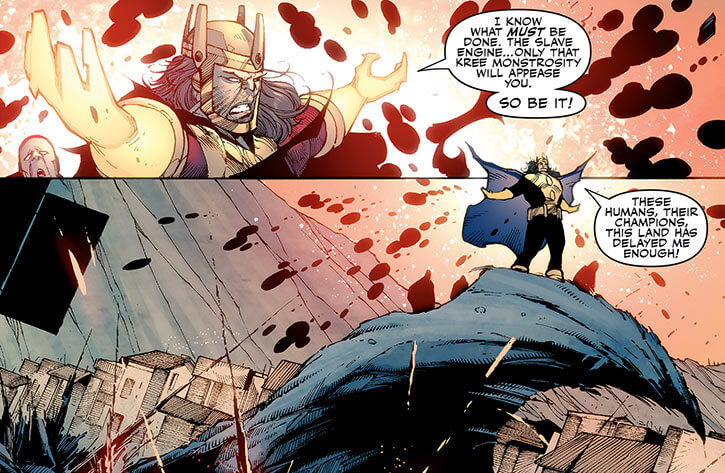 He who shall never be spoken of

The fallen King refused to say where the Engine had been hidden. The young Royals saw this as treason, threatening the survival of Attilan.

Black Bolt’s sentence was that the Inhumans would “turn their backs” on his predecessor. This meant that :

This scene seems to take place in the Himalayas.

Yet back then, Attilan still was in the North Atlantic.

Our No-Prize HypothesisA made-up explanation to plug a plot hole :

This profile continues in its second half !